The Coronavirus Isn't An Excuse For Your Anti-Asian Racism

The Coronavirus Isn't An Excuse For Your Anti-Asian Racism

There's a very thin line between caution and racism here, and too many people have crossed far over the line into anti-Asian racism. 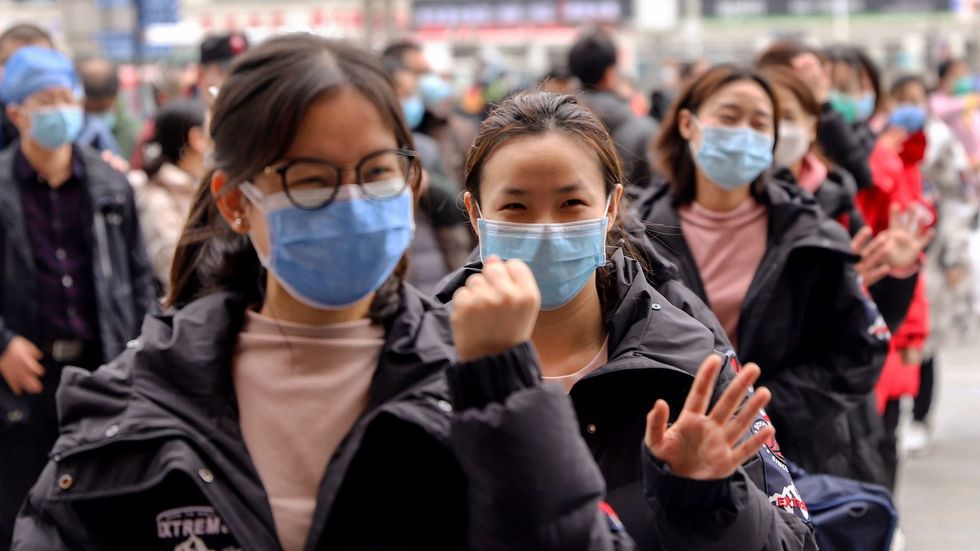 By now, you've heard about the coronavirus (COVID-19) that originated in Wuhan, China and has been spreading rapidly in the past several months. And with the virus's spread came growing anti-Chinese sentiments. In some countries, especially Western countries, this anti-Chinese racism has translated into racism against anyone who might be mistaken as Chinese — East and Southeast Asian diaspora communities have faced racism both in their daily lives as well as very prominently on social media.

I first saw the beginnings of this increase in anti-Asian racism in seemingly small jokes. In particular, I would see a meme captioned "when your Asian friend coughs" accompanied by an image of plague doctors circulating around social media, as well as other general memes about the virus or face masks often used to help prevent disease. I didn't pay too much attention to these types of jokes. Being Chinese myself, I also occasionally joked about it, wondering if I could freak people out or get a seat on the bus just by coughing.

However, these memes and little jokes quickly devolved into blatantly racist statements about Chinese people.

The coronavirus became an excuse for people to comment about Chinese food and Chinese people's eating habits (the disease was thought to have originated from a food market in Wuhan, although genetic evidence does not support this theory). Some decided they could start using racial slurs. Others suggested that the Chinese people "deserved" the coronavirus, assuming the people are the same as the government. In many countries like the United States, the East and Southeast Asian diaspora have all become conflated into "Chinese," although many of these people haven't been to or near China recently.

Much of this growing racism stems from the fact that the disease originated in Wuhan, China, leading some to become wary around anyone who might pass as Chinese.

On college campuses, including Rutgers, some students have expressed concerns about international students who had just gotten back from winter break. One of my professors even sent out an email about the coronavirus urging students who may have been in China to be cautious about going to class: this professor was Chinese herself, so I didn't personally take it as anything racist or prejudiced, but seeing an email like that directed at a class that's mostly Asian still makes me question how the perception of Chinese people or even just East Asians as a whole might be changing as a result of the coronavirus. Chinese people are now being associated with this disease, and it seems nearly impossible for some to even begin to separate the people from the virus.

There's a very thin line between caution and racism here, and too many people have crossed far over the line into anti-Asian racism.

This isn't the first time an outbreak has led to increased racism against people of color. We saw it before with Zika and, more prominently, Ebola. The coronavirus is not an excuse to be racist against Asians. In the end, it's just that — an excuse. I don't believe that this level of racism is anything new. These people who've used racial slurs and have even suggested violence against Asians have probably always been racist. This outbreak has only made them more comfortable with publicly announcing their own preexisting prejudices. My concern is that in exercising caution, others who may not feel as strongly against Chinese people or East Asians as a whole may eventually begin to develop anti-Asian sentiments.

Even if they aren't going as far as using slurs, racism disguised as caution or some sort of health concern is equally, if not more, reprehensible.

The coronavirus may have originated in China, but that doesn't mean that all Chinese, or Asian, people have it. It certainly doesn't justify the use of racial slurs or discrimination against Asians. Xenophobia and racism won't accomplish anything. They won't keep the virus from spreading, and they definitely won't cure the virus either. Ultimately, disease does not justify the rising level of racism against Chinese people and Asians as a whole.