The Columbus, Ohio Police Don't Stand With Protesters, Even If They Kneel With Them

If you think that all if takes is a five minute act of solidarity after a week of protests, you're missing the point. 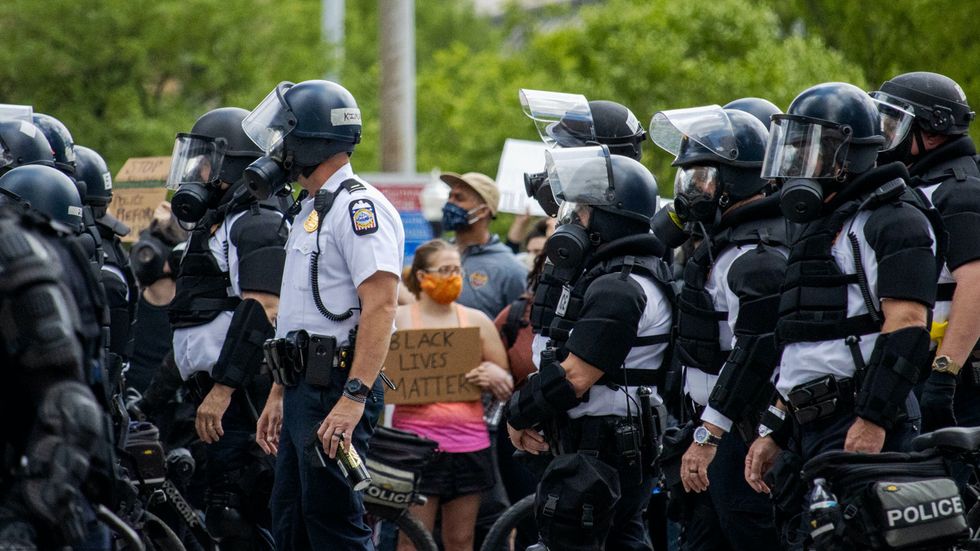 Starting this past weekend, there were nationwide protests for George Floyd and the Black Lives Matter movement. Columbus, OH, was no different. Many people gathered downtown and peacefully protested. The police responded with gas and rubber bullets. There was a curfew put in place.

Protesting and rioting took place throughout the night on Saturday, moving out of downtown and north along High Street, up to campus. The next day, people showed up to protest again, and again it was peaceful. Again, across the country, cops knelt with protesters, and then later gassed and shot rubber bullets at them. The theme was the same in Columbus.

As the protest started moving north, I watched my friends Snapchat and Instagram stories, as the cops walked alongside protesters until Lane Ave and High Street. There, protesters were met by more cops and even more gas, pepper spray, and rubber bullets. All I could do was watch social media and group chats and hope that no one got seriously injured.

In addition to this, Lantern reporters were pepper-sprayed while recording the events and identifying themselves as news media and therefore exempt from the curfew. When the police chief was asked how this could've happened, his only response was that it must have been hard for the police to identify who was press and who was protesting.

I don't think it's that hard when the people you're pepper-spraying are telling you that they're press and also that they're exempt from the curfew.

The Columbus Police Department Twitter account tells a similar story. Until yesterday, the tweets that were being published were about people who had thanked the police for what they were doing, or of protesters and police getting along. Showing up every day for a week in riot gear shows the divide between reality and an online presence.

After the officers who killed George Floyd were brought into custody, people are starting to question why the protests are still going on. First, there are still so many other cases that have been left unsolved, or a murderer was allowed to walk free. But even in Columbus, there are huge problems.

First, and most apparent is the difference in funding for the Columbus Police and any other program funded by the city. The biggest difference is that the education budget never is more than $6 million, while the police had a budget of $350 million.

Additionally, Columbus was under a nightly curfew for a week. Protests haven't been violent, looting hasn't occurred in a week, and police haven't even used force on protesters, but the curfew took days to be lifted. If the police were really on the protesters' side, then they wouldn't leave a system in place that makes them basically untouchable.

Across the country, police are putting on similar publicity stunts. To the media, they make it look like they aren't using force with protesters, and are standing with them, even when the police are what's being protested. Columbus isn't exempt from these issues, and no one should assume that they are.