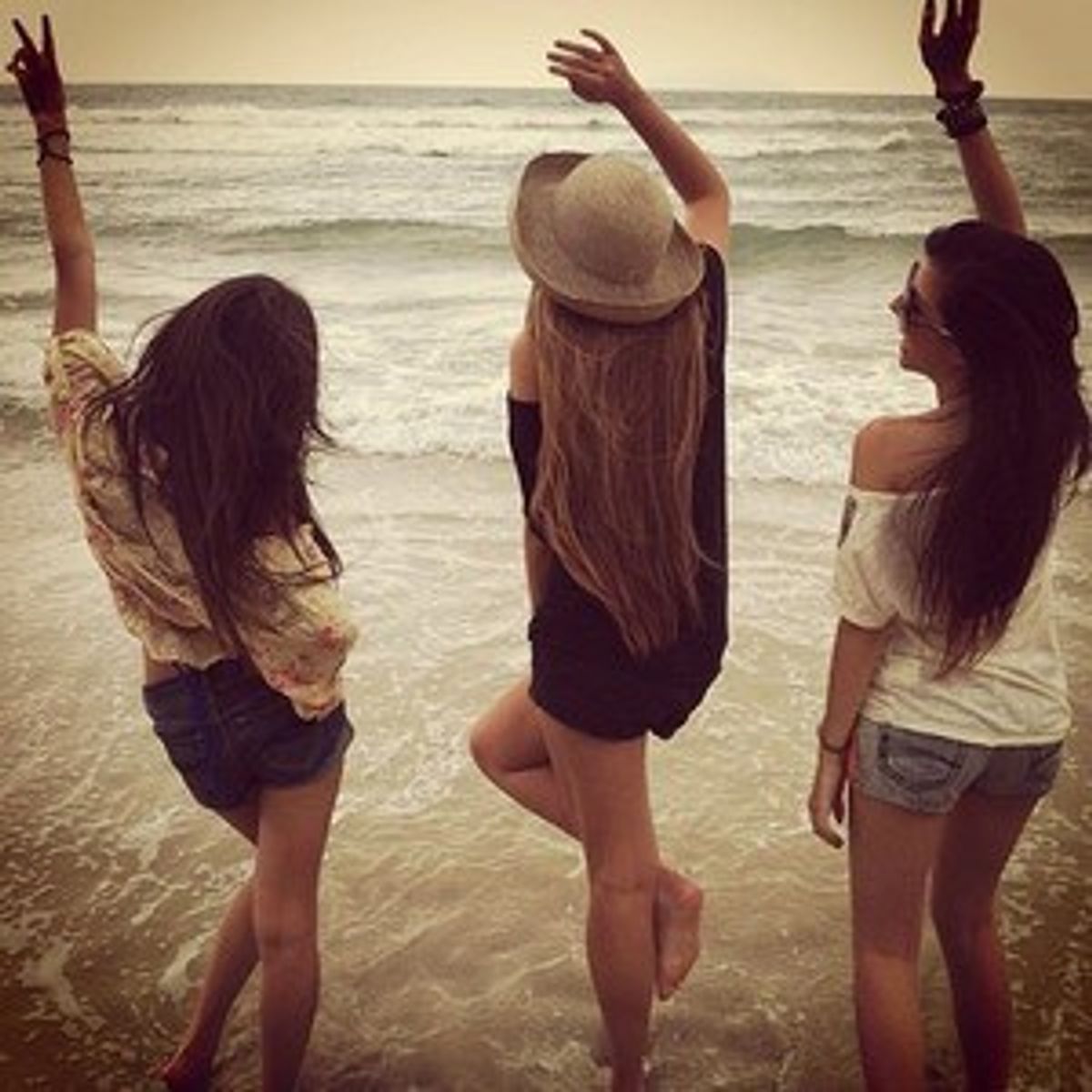 These days, it's all about having 'squads' and 'squad goals,' and you can't go anywhere without seeing a group of friends together. Whether they're twelve-year-olds or college students, there is always that pit feeling in your stomach when you know you don't have what they have. And that's okay. Some people only have a few close friends, and that's actually better than having a large group of friends. Sure, having a large group of friends is nice, and it's great to hang out with a lot of people. You are part of a group and it is always nice to be a part of something. But for some people, hanging out in a group is sometimes daunting. Everyone is having different conversations, and you’re over there just sitting quietly and trying to get into a conversation with someone.

Sometimes it’s better to just have a couple of close friends. With them, you always feel wanted and the conversation flows naturally. And most of the time, you guys have been friends since you all were in diapers, or in kindergarten. You all grew up together, so you all know each other’s deep secrets that you promised you wouldn't tell a soul. And you all know who each other likes, and every time they talk to them, the rest of you giggle like crazy. The closeness between all of you is real and there is no way that it could be broken.

With a large group of friends, sometimes it’s hard to communicate with each friend. There is more than one type of friend in the group: there is the party girl, the funny person, the smart one, the flirty one, the party-pooper and so on. Everyone in the group is different, so the group dynamic is different. When everyone is together, there is usually about two or more conversations going on between different people and that makes it hard to get in the conversation. So you are always left out in conversations and it usually hurts. Most of the people don’t even know who everyone likes, or what everyone has been through in their lives. And if there is a lot of people in the group, sometimes it’s hard to find that closeness that a close group of friends would have.

With anything else, there always is an influence to have a large group of friends. Look at Taylor Swift for example, she has a large ‘squad’ with many celebrities and models. There is Selena Gomez, Lily Alridge, Behati Prinsloo, Lorde, Zendaya , Hailee Steinfeild and more.

And with the idea of ‘squad goals,' there is always more behind the actual picture. A picture does not define a friendship. Yes, the whole group is there. But what if the two girls at either end of the photo are fighting? They wouldn't show that in the picture because they wouldn't want to broadcast their fight. And even with pictures of people out having fun with friends, look at the actual big picture. If they went on a trip, and they posted more photos of the group together, it could mean that they only want photos of them together, to show off that they have a great group of friends. And if someone wanted to show off that they had a great group of friends, that person could be insecure about their friendships and relationships with others and thought that posting a lot of photos with their friends would show that they have good and close friends.

Close friends do not need to worry about showing off their friendship. They know that they have a great, close bond and that posting pictures together hanging out doesn't really mean much. And with a few close friends, it’s easier to be yourself without anyone judging you and asking why you are acting weird. Close friends know that their friendship is valuable and that they could never lose it. And with close friends, you are not just friends, but you are sisters. And a non-biological bond could never be broken.

It’s okay to have a few close friends than a large group of friends because with your close friends, it’s more than just a friendship. It’s a bond for life. They are your sisters, your bridesmaids/maids of honor and your confidantes. Don’t ever lose them.