Sorry, Not Sorry, Chuck And Blair Are The Furthest Couple From #RelationshipGoals
Odyssey
CurrentlySwoonLifestyleHealth & WellnessStudent LifeContent InspirationEntertainmentPolitics and ActivismSportsAdulting
About usAdvertiseTermsPrivacyDMCAContact us
® 2023 ODYSSEY
Welcome back
Sign in to comment to your favorite stories, participate in your community and interact with your friends
or
LOG IN WITH FACEBOOK
No account? Create one
Start writing a post
Entertainment

Sorry, Not Sorry, Chuck And Blair Are The Furthest Couple From #RelationshipGoals

Sorry to be a cynic, but someone had to say it. 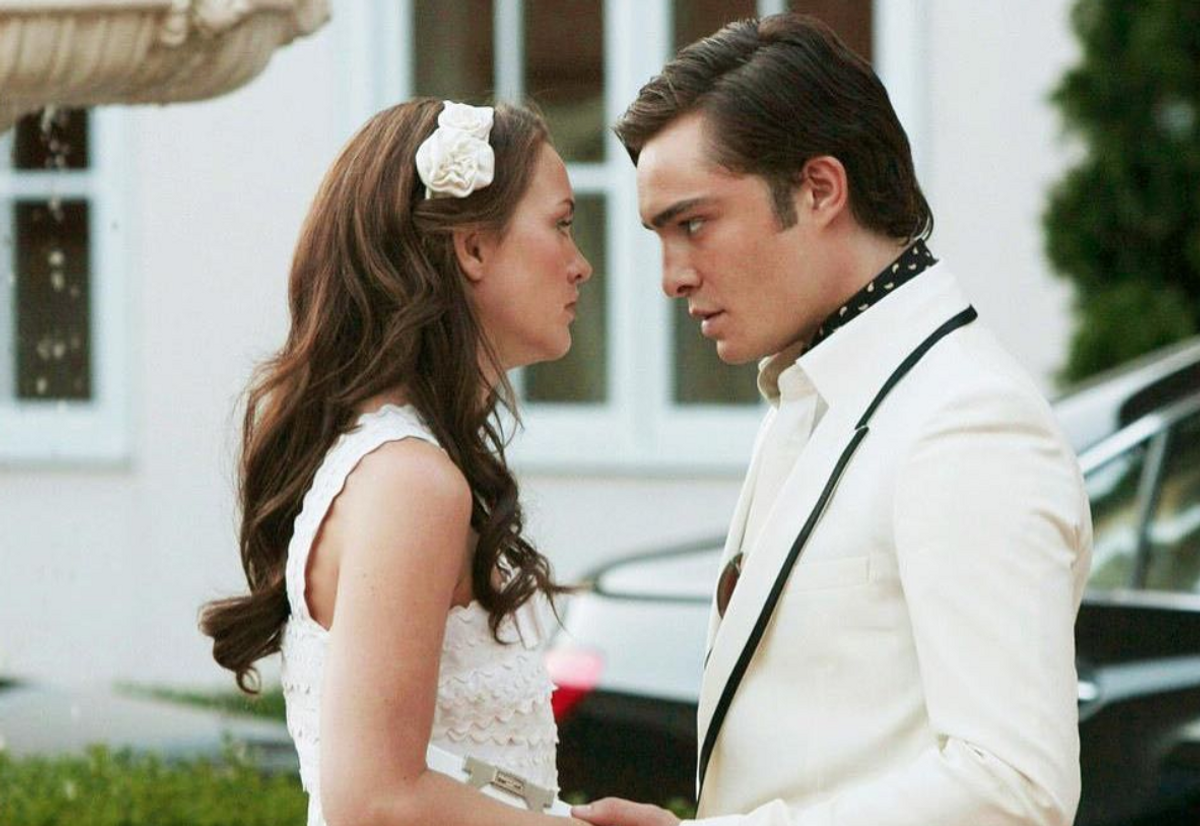 No matter how many times you watch and rewatch “Gossip Girl” from start to finish over and over again, one thing is an undeniable fact:

You can’t help but root for Chuck and Blair.

For some reason, everyone gets sucked into the romance between Blair Waldorf and Chuck Bass no matter how toxic it gets. We root for them even though their relationship is pretty much as messed up as it can get and we still call them “#RelationshipGoals.”

But let’s set one thing straight.

Chuck and Blair are the furthest couple from “#RelationshipGoals.”

Now, I would be lying if I told you I didn’t root for them the first and second (OK, and maybe third) time I watched the show, but we need to stop romanticizing their toxic relationship.

Chuck and Blair are abusive to each other, but we forgive them and we pray they forgive each other mistake after mistake because deep down we know and they know that they are meant to be.

But that’s not real life.

If the person you love sells you to their uncle in a business deal, they are not the one for you.

If the person you love manipulates you time and time again, you need to walk away.

Chuck and Blair live a fictional life and we are led to believe that their love is so strong that it can erase their past mistakes, but it doesn’t work like that in real life. I don’t mean to sound jaded, but it’s important to recognize that Chuck and Blair are not the ideal couple.

If you have ever been in a relationship even half as messed up as Chuck and Blair’s, you know that toxicity isn’t sexy or romantic.

At the lowest points in their on-again-off-again relationship, Chuck even got violent with Blair, smashing a window behind her, cutting her face with the glass. Yet, we all forgive him and look past this because we rationalize that he "just loves her so much." In real life, the Chuck Basses of the world don’t turn into the Nate Archibalds. You can’t date someone with the intention of changing them.

I’m not saying Chuck and Blair shouldn’t be together because in the fictional “Gossip Girl” world, I like to believe that they mature and their relationship is magically healthy after their wedding, but unfortunately, we don’t live lives written by Hollywood screenwriters and we need to stop calling them “#RelationshipGoals.” In real life, Chuck and Blair probably wouldn’t have a happy ending.

Don’t set your sights on a toxic relationship like theirs, you deserve better.