Christmas Traditions Around The World
Odyssey

Christmas Traditions Around The World

Take a look at the differences. 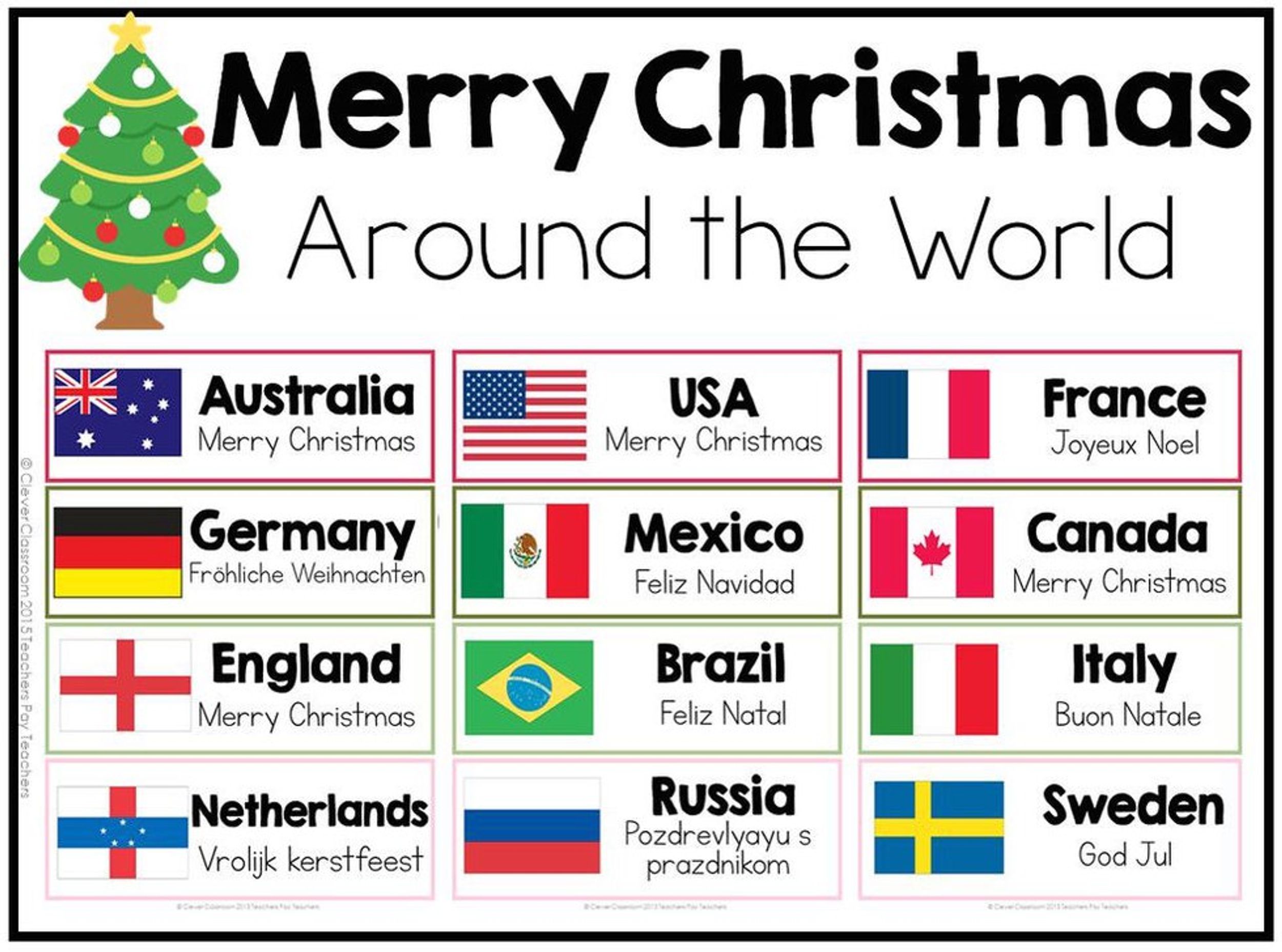 Christmas is celebrated in many parts of the world, however the way in which it is celebrated varies country from country. Here, we'll take a trip around the world to different countries to show you these various Christmas traditions.

Christmas trees are up and decorated by December 8th, which is the feast of the Immaculate Conception. Nativity scenes are the most important thing, and are placed near the tree. Christmas cards are not popular, and gifts are only exchanged amongst close family and friends.

Because Christmas comes during the summer season in Australia, celebrations often occur on beaches. Australians decorate their houses with bunches of 'Christmas Bush',a native Australian tree with small green leaves and cream colored flowers. In summer the flowers turn a deep shiny red over a period of weeks (generally by the week of Christmas in Sydney). Children believe that when Santa arrives, he lets the reindeers rest and delivers presents across the country on kangaroos nicknamed "six white boomers." Most Australians have a Christmas meal around lunch time which consists of cold foods like seafood, lobsters, and barbecues. "Boxing Day" is a big day and is celebrated on the 26th.

Christmas is mainly celebrated on Christmas Eve, especially the dinner. The dinner is vegetarian and consists of an odd number of dishes and an odd number of guests. Straw is placed under the table cloth and a special cake is made that is baked with a coin in it. The oldest person cuts and distributes the cake, and whoever gets the piece with the coin in it has good luck for the year. On Christmas Day, meat is usually eaten.

Small children receive a small gift for 24 days, from December 1st to December 24th. Popular Christmas foods include roast duck, goose or pork. They are served with boiled and sweet potatoes, red cabbage, beetroot and cranberry jam/sauce. Children believe in Julemanden who looks just like Santa Claus and lives in Greenland.

Christmas is celebrated from December 12th to January 6th. The celebration of the Nine Posadas, meaning lodging, are represented by various homes. Processions and reenactments are done by everyone including children. The nativity scene is the most important decoration, and they are often life size. Christmas trees are not that popular but poinsettia flowers are. Children believe their presents are brought by "El Ninito Dios" or "Santo Clos".

In Montenegro, Christmas Eve is on 6th January and Christmas Day is on the 7th January because the main Orthodox Churches still use the old 'Julian' Calendar. The two Orthodox churches have bon fires outside of them on Christmas Eve. Like Bulgaria, Montenegro and Serbia make bread with a hidden coin in it.

Children believe that Father Christmas or Santa Claus leaves presents in stockings or pillow-cases. These are normally hung up by the fire or by the children's beds on Christmas Eve. Children sometimes leave out mince pies and brandy for Father Christmas to eat and drink when he visits them.

In Scotland, the first person to set foot in a house in a New Year is thought to have a big effect on the fortunes of the people that live there

Artificial Christmas trees and Nativity scenes are very important for Christmas. There's a tradition where people roller-skate to morning mass from December 16th to the 24th. To make it easier, streets are closed. Gifts are exchanged at Midnight on Christmas Eve, and "San Nicolas" brings children gifts for Christmas Day. In preparation for Christmas and the new year, people often freshly paint their houses, wear new clothing, and wear yellow on New Year's Eve for good luck.