White Folk, Chelsea Handler Is Here To Explain Your Privilege, Whether You See It Or Not

If you don't think white privilege exists, chances are, you're white. 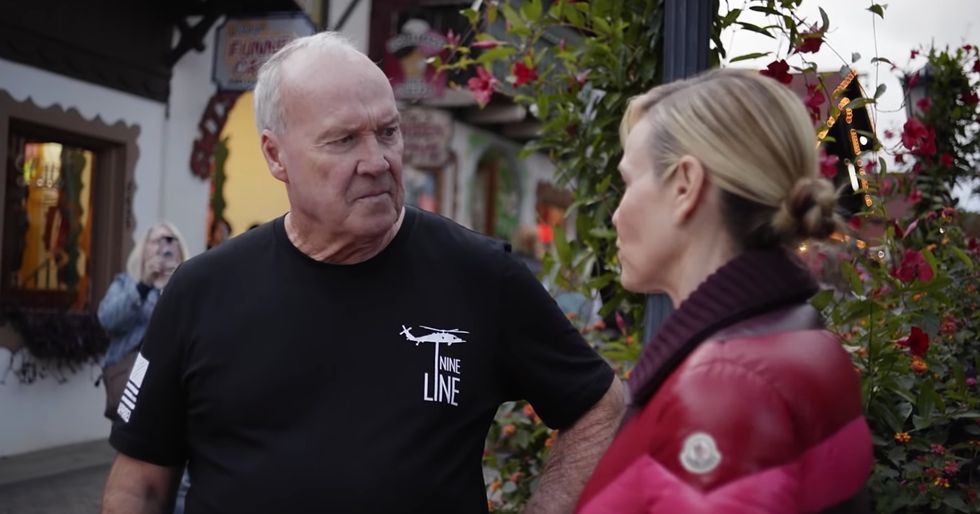 In comedian Chelsea Handler's new Netflix documentary titled "Hello, Privilege. It's Me, Chelsea," she travels to different states — speaking with people of all ages, races, and educated backgrounds, from female conservative activists in Orange County, to the leader of Black Lives Matter — asking the question: does white privilege exist?

And the common issue that appeared in this documentary was that white people didn't think so.

They didn't see it.

The African American community as Chelsea states in the show doesn't need to be answering this question because it isn't their issue. It's ours, the people who identify as being white. And we don't realize it, because we truly don't know life any differently.

We hear about it, and maybe watch it on the TV, but that isn't the same as experiencing it.

We're not seeing the privilege because in many ways we don't always see the struggles.

I personally was stopped on my college campus for doing something my small group of three should not legally be doing in the state of Arizona. But It makes me wonder, if we all had been African American or African American males, would we have gotten let off so easily?

Yes, society has come a long way since slavery, and various oppressions, but too often we allow that to disregard the issues that still exist today. We think it's so far in the past, that it doesn't happen anymore. Or people can't possibly STILL be struggling with those issues, but they do.

Chelsea recalls in the documentary getting pulled over by the cops at around 15 or 16 years old. She would often be driving with her boyfriend, in which she was let off the hook, but her boyfriend, who happened to be black, get brought in each and every time. She was eventually scooped up by her parents, brought home, and put into a different school from the one she was attending. Encouraged to change her behavior and lifestyle, and start over again.

Her boyfriend didn't have that privilege.

In an episode with Jimmy Kimmel Live, when asked what white privilege is, Chelsea answered, "I always thought it was a certain group of people that get into Harvard or that get into Yale or have rich parents… but it's a privilege to go into a grocery store and not be stared at, to get pulled over and not worry about whether it's a life or death situation.."

For any white person who doesn't think white privilege exists, or is an issue, that only reveals how privileged we truly are — and how real white privilege really is in society today.