Blast From The Past:10 Bookish Boyfriends Who Made 10-Year-Old Me Swoon

Blast From The Past:10 Bookish Boyfriends Who Made 10-Year-Old Me Swoon

Get ready to swoon - or cringe. Probably a bit of both, to be honest. 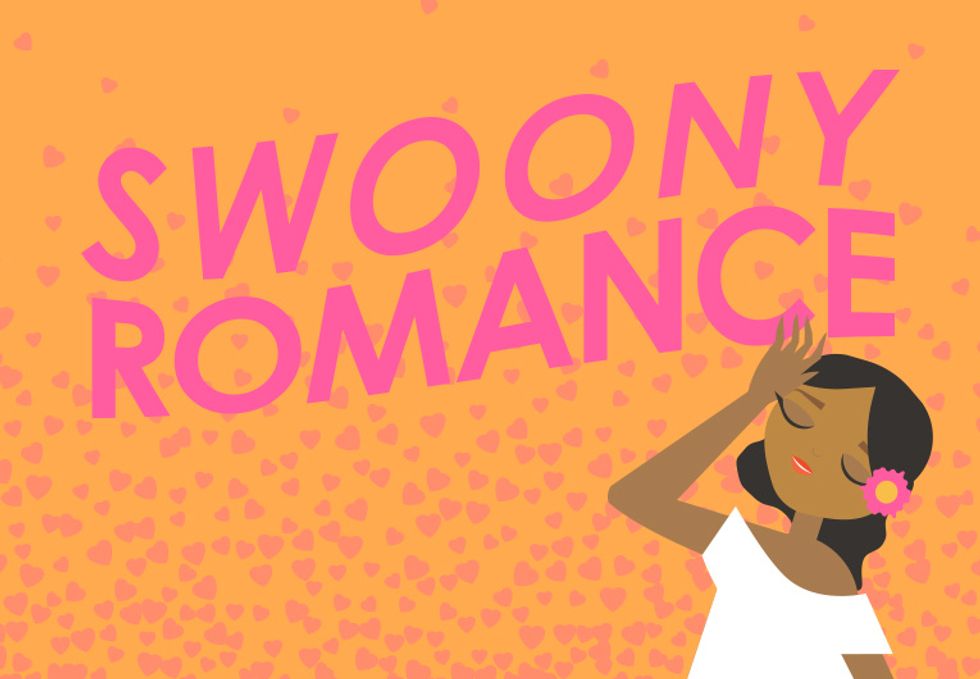 With the 2010s (and my childhood) being over and a global pandemic looming over my head, I think it's a perfect time to reminisce on all of the loves of my life. Although these men are fictional, they will always hold a place in my nerdy, little pre-teen heart. Here goes nothing! Let the "Fictional Hottie" contest begin.

He's sweet, resourceful, and he can make a mean loaf of bread! Peeta's care and respect for Katniss in and outside the arena made him my first ever book boyfriend. But, I'm not gonna lie, Gale was my first choice for many, many years.

2. Raffe from "The End Of Days" Trilogy

For some reason, the only word I can use to describe Raffe is "badass" - oh, and hot of course! Raffe's witty banter with the protagonist, Penryn, left me wishing for my own "Greek god' looking Archangel. The countless number of times he put his life and mission on the line to save Penryn showed not only his selflessness but also his love and dedication to her. I think Beyoncé said it best, "I need a soldier!"

Four, Four, Four. No it's not just a number, It's the nickname of Trish Prior's bad-boy boyfriend! Four's attitude, strength, and confidence is the perfect recipe for the typical bookish bad boy; yet, Four's sweet, caring nature makes him stand out from the rest.

Saying it's been a while since I've picked this book up is an understatement; but, I remember hating, then loving Mari's boyfriend, Bertie for some reason. He was a 15-year old wannabe drug dealer that impregnated his young girlfriend. He was no knight in shining amour. Yet, his honest, genuine nature and the clear love he had for Mari and their child left me in tears. Cupid and my 10-year-old self can keep him though.

5. Xander Spence from "The Distance Between Us"

Out of all the boys on this list, Xander Spence is the one I can ACTUALLY envision dating IRL. Throughout the story, Xander was always doing cute, little gestures like walking her to school and taking her on "career days" to show his affection for Caymen. I can't forget to mention he's apparently tall, dark, and handsome as well. Maybe Cupid will give me my own Xander Spence for Valentine's Day next year? Fingers crossed!

6. Jase Garrett from "My Life Next Door"

Jase Garrett was the definition of a "good ole' boy" and definitely gave my #5 a run for his money (which is a lot because Xander Spence was LOADED). Despite Samantha's mother practically hating Jase and his entire family, he managed to spark a romance with Samantha through his understanding, charming ways. Jase was kind, sweet, and always there when Samantha needed him. Jeez, I wonder if Cupid is taking requests? In the midst of all these college boys, I need a Jase Garrett ASAP! LOL.

7. Jason Lippincott from "Meant To Be"

Jason is the PB to Julia's J. His goofy playfulness balances out her strict, "Type A" personality for the better. The pair spend more than half of the book pretending they can't stand one another, but Jason's cool, easy-going charm manages to sweep Julia off her water-bound feet (she's a competitive swimmer, btw). Jason is basically the love-child of the 'boy next door' and 'class clown' stereotypes.10-Year-old me really dug that!

Inspired by the folktale "1001 Arabian Nights" the protagonist, Shazi marries Khalid to stop his murdering of all his young brides (which he was doing to break a curse. I don't think that justifies murder - but, anyhoo...). Of course, being a bride, Khalid plans to murder her as well to save the lives of the people in his kingdom, but Shazi's intelligence and odd grace makes taking her life extremely hard for Khalid. He instead spends a great deal of the book confessing his love for her. One quote that always makes me swoon is, "I love you, a thousand times over. And I will never apologize for it." Can a man say that to me, please? Just once? I'll wait.

9. Aaron Warner from "Shatter Me" Series

Like with Juliette, the beginning of my relationship with Warner was rocky - to say the least. He was rude, snarky, and just outright cruel to Juliette in the first book of the series. Safe to say we had a love-hate sort of deal going on for a while. However, his care and fierce protectiveness for Juliette in 'Ignite Me' definitely helped him to redeem himself.

I mean, his last name is "Bae." What more is there to say? LOL. Daniel, a self-described "hopeless romantic" used his boyish charm and knack for poetry to wrap the protagonist, Natasha, around his finger just hours before her family was deported and taken back to Jamaica. Who else wants to be the future Mrs. Bae? Just me? Okay.