Give me all the technology but keep all things that could go wrong. 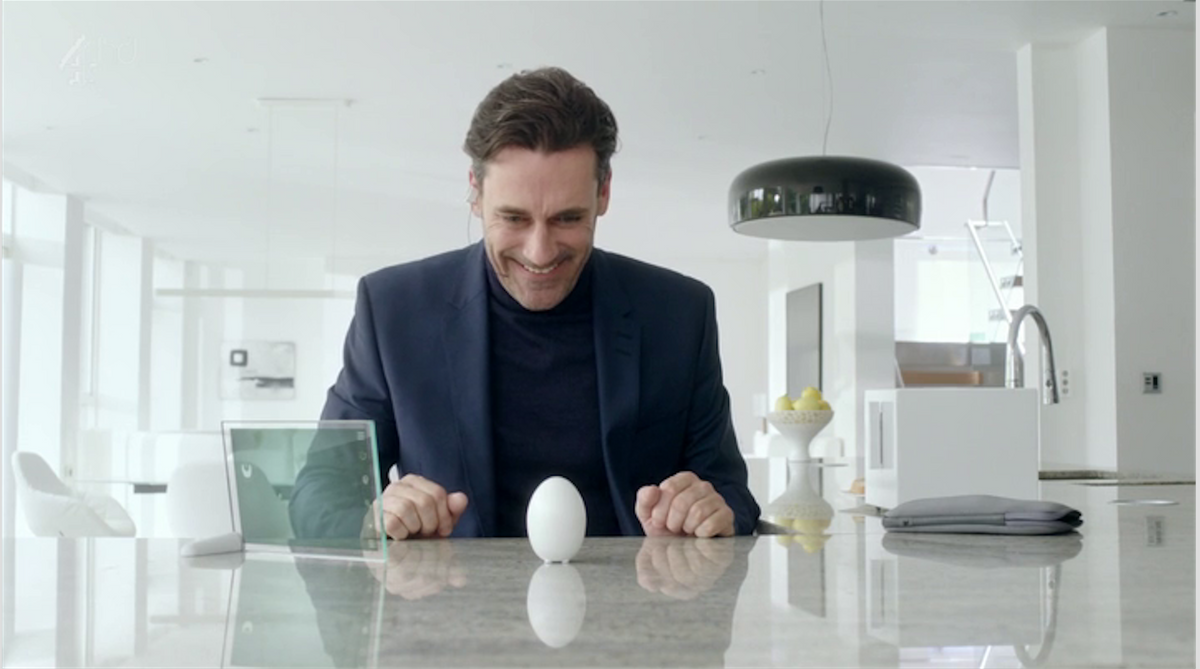 Spoiler alert! If you're not up to date on the most recent season of Black Mirror, don't read!

If you don't know what Black Mirror is by now, first of all, move out from under that rock. Second, its a technology gone mad anthology series on Netflix and its extremely addicting. While most of us probably can't relate to being able to see someone else's memories or getting stuck in a video game (except for those kids in Jumanji), I've found myself saying "true!" to my computer screen more times than once. The beauty of the technology in Black Mirror is that it draws on real life struggles and instances we currently have. So, I decided to make a list of the few technologies in the series that I'm not completely terrified of and I sort of want.

1. Memory Implant (The Entire History of You S1 E3)

Yeah this one is convenient as hell. I can't even count the number of times I've been arguing with someone about the details of a certain occurrence and so badly wished we could go back and look at it, or as they say in the episode, redo it, just to prove I'm not totally crazy. Basically this thing tracks all your memories and allows you and look back at them, replay them, and replay them on a television screen for others to see. They obviously deal with the negative effects of this in the show but I mean, if we could just have the benefits a memory implant would be insane.

The people blocker lets you physically block someone so you only see a silhouette, can't hear what they're saying, and they can't see you. Okay, I know this one is kind of extreme and I totally get the repercussions that this thing could have in real life but think less big picture. Girls, how about when you're out with your friends and that super douchey guy at the bar won't leave you alone? I feel like I'd highly benefit from it there and that's not too crazy. But I know, the dangers of it would most likely outweigh the benefits here, so for now I guess we'll all have to continue to deal with our problems up front, the horror.

This was one of my personal favorites, probably because I'm the lame kind of person that prefers Wii Fit and XBOX Kinect over the traditional sit down with a controller method of gaming. The virtual reality is the entire focus of this episode so the details were not lacking in the slightest. Essentially this VR is far different from what we have because it comes in the form of an implant in order to alter what you see and create a horrific virtual reality right in front of you. The scary thing is, it uses your own personal fears to give you the most terrifying game experience ever. If it didn't have the major kinks that need to be worked out I would be all for it.

This technology creation definitely plays on the fear of being constantly watched but my interest in it was more environmentally focused. Robotic bees are created because all the real bees in the world have gone extinct and there needs to be a new way to pollinate flowers. Of course, as with all Black Mirror episodes, the bees don't pollinate flowers, save the day, and go back home to their hives, there's a twist instead. While this episode definitely freaked me out, the idea of creating a way to pollinate in the event of extinct bees is environmentally awesome and just downright intriguing.

So, maybe we're not quite ready for these intense forms of technology but can I at least have that robot pizza delivery car? As long as it doesn't run me over.