On his own video on his own channel, Shapiro was hit with a lopsided like-to-dislike ratio when he went after Iran. 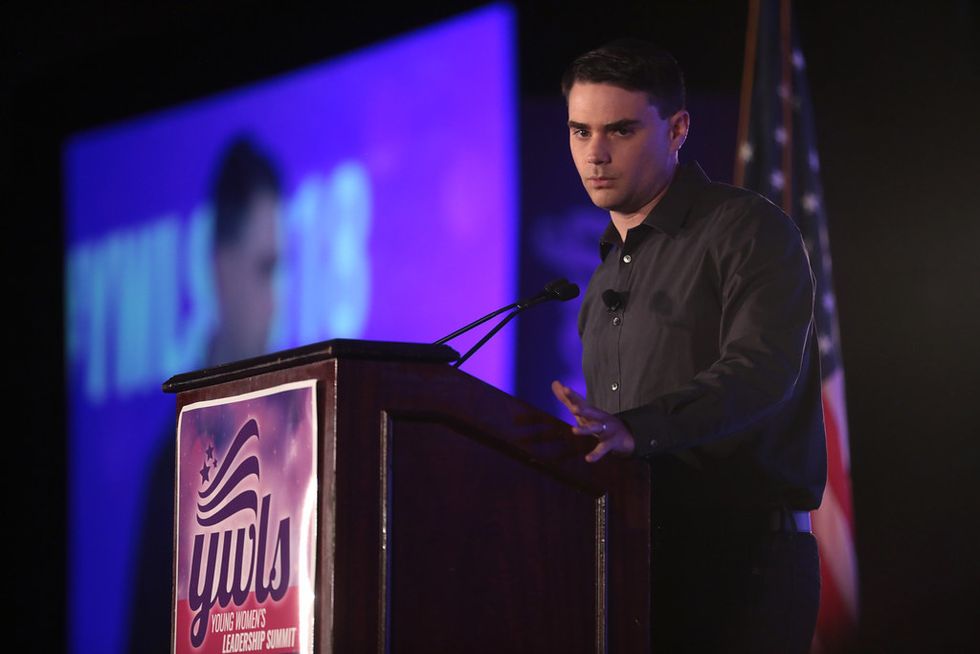 Ben Shapiro seems to have been the victim of getting destroyed by his own audience, by facts and logic. (In case you've had the pleasure of living under a rock during his online upbringing, Shapiro is known for "destroying" liberals and feminists with his supposed "facts and logic.")

In recent news, an unmanned United States drone was shot down by Iran (Iran says the drone was over Iran's airspace, while the U.S. says it was over international waters). America was close to retaliating with missile strikes, but President Donald Trump backed out, seemingly at the last minute.

As of the wee hours of the morning on June 25, his video on the subject has a measly 1.2K likes compared to 6.2K dislikes. That's over five times the amount of dislikes on his video than likes. The dislike ratio is certainly deserved. In the video, Shapiro just brushes off the death toll the planned strike would have resulted in. Trump himself cited one of his reasons for canceling the strike was because of the estimated cost of life.

This was a good backtrack for Trump. On the campaign trail, he was nauseatingly hawkish and terroristic, saying we need to go for the families of ISIS. Ben Shapiro is notorious for being a purported man of Judeo-Christian or pro-life values.

He calls upon his beliefs for inspiration for his anti-abortion stance yet he completely abandons his alleged principles when it comes to war.

Shapiro, in his retort to Trump's reversal, decided that lives spent in war shouldn't matter if they're on the other side. He decided that it's OK — necessary — to kill in response to the downing of an unmanned aircraft.

Ben Shapiro needs to get off of his high horse when it comes to defending zygotes if he's going to abandon living, breathing, viable people in favor of spending more American tax dollars and risking another conflict. If another country, say, Venezuela, for example, had said that they were willing to fight back against the United States by killing civilians, Ben Shapiro and the entire hawkish establishment would absolutely explode with outrage.

"It's a declaration of war! Americans in Toledo are going to be killed in the streets! We need to immediately start another illegal, undeclared war on Venezuela!"

The situation is reversed.

Ben Shapiro is fully convinced, just like the entirety of the mainstream media, that the United States is the world police and rightfully so. The other side is only poor, brown Muslim people, so he has less than no sympathy for them! You know what we call someone who's in favor of the murder of civilians for a political, nationalist or religious reason? A terrorist sympathizer. If you're so scared of terrorists, Ben, then perhaps you should scream your shrill shriek whenever you catch a glimpse of yourself in the mirror.

Beyond his typical contradictions in his supposed values (facts don't care about his feelings), he also fails to give any context on the history of Iran and how we established an American puppet dictator, nor does he care to mention that the United States will always be the more powerful actor and therefore the instigator.

His views on their own, as always, are ranging from disgusting to driven by non-truths. The catch with this incident is that he was left with huge backlash from his base.

I'd like to reiterate: he has more than five times the dislikes than he does likes on this video retort, 6,200 to 1,200. In comparison, his hour-long "Ben Shapiro Show Sunday Special Ep. 56" garnered 3.4K likes to around 200 dislikes.

Even his crowd unabashedly told him by the power of democracy that his stance is wrong. Ben Shapiro got royally DESTROYED, and we can only hope he'll post a video whining about his safe space being violated and micro-transgressions hurting his feelings.