Who Is Ben Shapiro? And Why Should You Listen If Speaks At Your College?

Ben Shapiro Coming To Your College Is Kind Of A Big Deal, And You Should Go To His Talk

Even if you disagree with him. 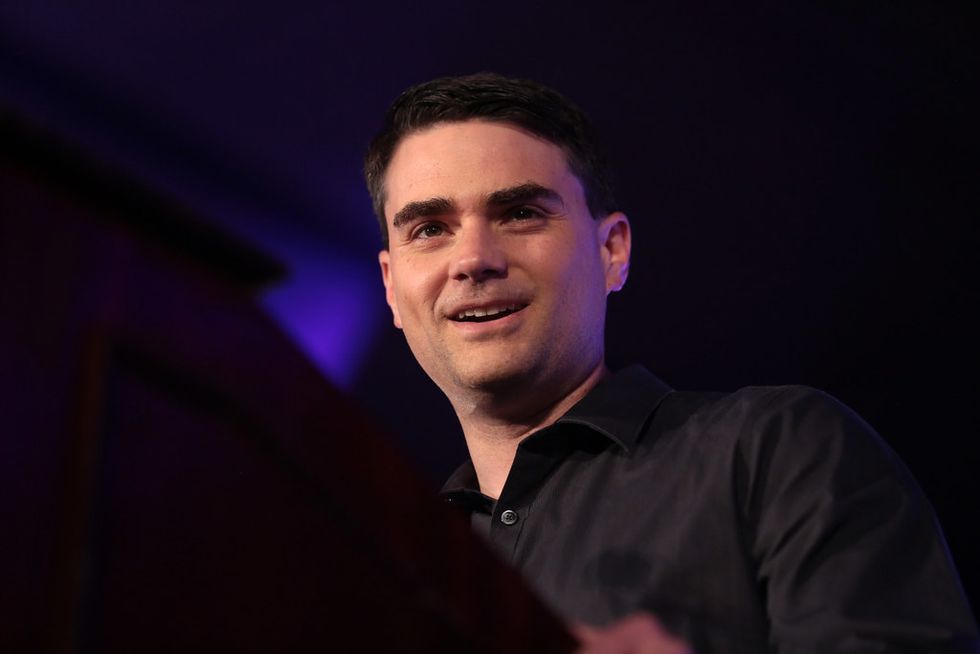 Who is Ben Shapiro?

2. He went to Harvard Law School

3. He lives in Los Angeles, California

4. He used to write for Breitbart News

5. He works for the Daily Wire, along with Matt Walsh, who is his colleague

6. At age 17, he became the youngest nationally syndicated columnist in the United States

7. He has been the target of serious death threats that have warranted the direct intervention of the FBI

9. He once stormed off a BBC interview on air

Love him or hate him, you have to admit one thing. Ben Shapiro is really, really smart. He graduated from UCLA when he was 20 years old and got his JD from Harvard Law School. He has written 10 books and his podcast, "The Ben Shapiro Show," is the second most-listened-to podcast in the United States. In 2018, he received an average of 15 million downloads per month. Ben Shapiro is considered by many to be the face of young conservatives.

With such impressive credentials then, we at Baylor University should feel proud that he has chosen our university to speak. Out of a total of 1,700 university YAF Chapters who lobbied for him to come speak at their school, Shapiro's first choice was Baylor (his second choice, by the way, was Stanford). Despite this, there will inevitably be protests when he does come speak. Just as there were protests when Matt Walsh came to speak at Baylor last year.

However, to compare Ben Shapiro and Matt Walsh is to compare apples to oranges. Aside from his impressive credentials, Shapiro is also part of the group that makes up today's leading conservative thinkers. He is one of the core members of the intellectual dark web, which includes other leading thinkers such as Jordan Peterson, Sam Harris and Steven Pinker. In short, Ben Shapiro is a big deal.

Wikipedia says that members of the intellectual dark web oppose the, "dominance of progressive identity politics and political correctness in the media and academia." Yet, for millions of young people across the world, Ben Shapiro's thoughts and ideas represent so much more than that. Shapiro is so admired by many because he is willing to defend free speech, even at great risk to himself. In 2017, Shapiro was slated to speak at the University of California, Berkeley.

However, he was nearly forced to cancel because over 1,000 protesters, some of whom were members of ANTIFA, contested his presence. Eventually, he did speak, but only with a massive security detail. His act of bravery sparked a huge debate over whether free speech was really allowed on college campuses, or if UC Berkeley was merely a liberal echo chamber that did not allow certain people to come speak.

Fortunately for us at Baylor University, this will not be the case (at least I hope not). While there will be protests, Baylor has shown itself to act in a civilized manner. Even groups who oppose Shapiro have acted in a manner that is befitting of Baylor's Christian mission in the past, and there is no reason to expect that they will not do the same now.

On the other hand, I have heard arguments that it is foolish for Baylor to allow Shapiro on campus BECAUSE he is such a source of controversy. If he elicited such a reaction at Berkeley, might the same thing happen at Baylor? But this same reasoning is exactly why he should come speak at Baylor. Even if the university needs to get him a security detail, we deserve to hear what Ben Shapiro has to say.

With all of this being said, when Ben Shapiro comes to Baylor University on November 21, listen to what he says, but also remember that he is not infallible. Listen with an open mind and think for yourself. Evaluate his arguments based on their merit, not on emotions. This is a rare opportunity to hear someone of Shapiro's caliber come speak, and I would encourage you to do so.