Recording Artist, Ben Rector, Believes That Music Should Be Accessible And Well Crafted - And He Does Just That
Odyssey

Recording Artist, Ben Rector, Believes That Music Should Be Accessible And Well Crafted - And He Does Just That 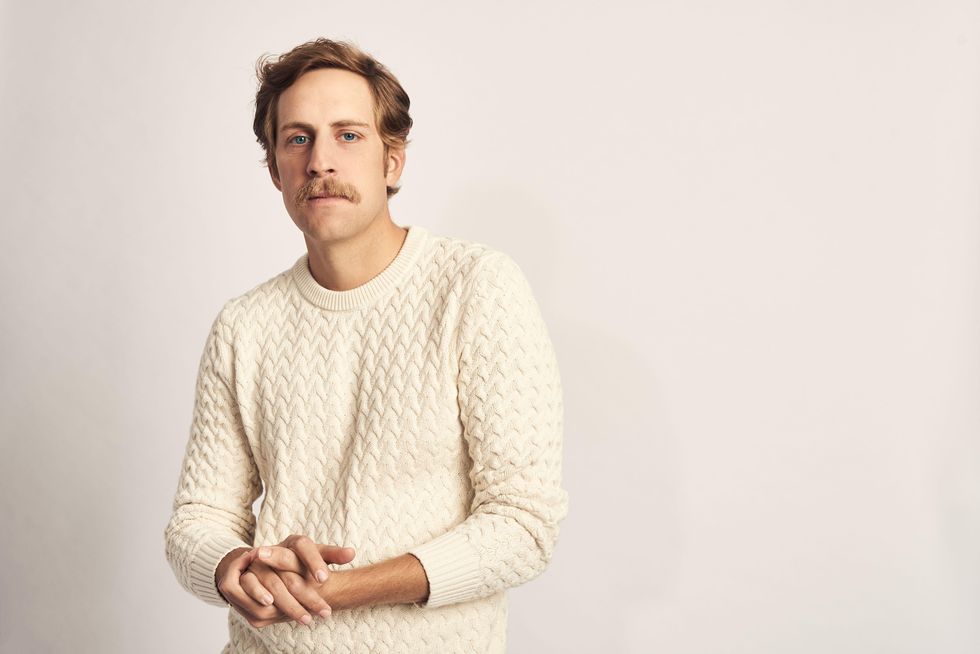 Back in the day, iTunes used to release a free song each week. When I say back in the day - I'm talking about when I owned an iPhone 3GS in 2012 (can I get a whoop?). My very first exposure to Ben Rector was through this free song that I got to download, which was 'Beautiful'. Since then, I have been to *almost* 3 Ben Rector concerts. Unfortunately, due to COVID-19, the second-row tickets I had ordered back in October of 2019 for Ben's 2020 show were ultimately useless.

This unfortunate luck of mine turned around when I turned 22 in March of 2021. Our former EIC, and one of my best friends/ birthday twin, connected me with Ben Rector. Well, through her, through his publicist, and then back to me- so not *directly*. As a birthday present, I got to send Ben Rector a series of questions that I have always wanted to know. Some of them are random, and many touch on his creative process. As a fellow creative, it always baffles my mind to how other creatives work- and getting to hear how my absolute favorite artist creates? That's the coolest thing I've ever gotten to do.

What is your Enneagram type? I think I'm a 1. My wife, who is more knowledgeable than I am about it also thinks that, so that's my best guess.

What's your go-to movie? I'm a huge fan of That Thing You Do, if I had to pick one it'd be that one.

Has your musical journey had a deliberate direction or did it simply gradually evolve in whatever direction it found? I think the only consistent direction that I've had in music is that I want to make great art and I've wanted to always try to make sure that I'm getting better. I for sure had certain things I'm drawn towards, but I'm not necessarily aiming at a specific thing other than wanting it to be excellent.

What is the most personal song you've written? I'd say probably The Men That Drive Me Places.

The Men That Drive Me Places Lyrics - Ben Rector www.youtube.com

What are your top three favorite albums of all time? WOW. WHAT A QUESTION. The best I can do is give you three. In no particular order:

2. The Beatles - Magical Mystery Tour (I know it's not their most artistic album but I bought it when I was young and there's so much nostalgia wrapped up in it for me, also they are my favorite band)

Favorite tour location? I've always had great days in Dallas and Austin while I was on tour, and have also enjoyed Chicago and San Francisco. Really there's something to like about most places.

What does a girl have to do to have your first albums to be put on Spotify? Ha! Maybe one day they will be! Who knows.

How has having kids has affected your music? I think it has taken a little pressure off of me mentally because I realize that while I love music, it pales in comparison to how important they are. Having Jane and the boys really reset my outlook on what was important.

What artist inspires you the most? The Beatles will always be my favorite, how they were able to write so much great music still boggles my mind.

What was your first concert? I believe my first concert was possibly Alan Jackson? The first concert that I decided to go to was Dave Matthews Band in Oklahoma City. What an experience!

What first got you into music? I just was drawn towards it, I loved working on it and it didn't feel like something I was making myself work on, I just wanted to do it. It felt like some kind of magic or something.

How would you describe the music you create? I hope I create music that is both accessible and well crafted. Sometimes things that are super accessible can feel like there isn't too much substance, and sometimes things that are incredibly well crafted can feel a little hard to get into, and my hope is that I'm able to occasionally thread that needle, that if you want to just turn something on and listen to it, that it feels good, but that if you want to dig a little deeper, there's some musical and lyrical substance in there.

If you could pass on a nugget of wisdom to the next musical generation, what would it be? Just work hard to get as good as you can, music is no different than pro sports, so try to hone your craft enough so that you belong on the field.

What's your creative process like? I usually play an instrument for a bit and when something strikes me I'll start singing over it. If there's a common feeling in the music and the lyrical content I'll usually keep chasing it and improvising until I'm out of ideas, and then I'll get my computer out and try to hone in the lyrics.

What is the most useless talent you have? Throwing things for accuracy. I wish it was golf but it isn't.

What's an average day look like for you? I wake up and make oatmeal with a bit of peanut butter for myself and cereal for my daughter. I check email and look at the market when it opens and then go out to my office at about 8:45, where I'll do some combination of writing, recording, meetings, or interviews until noon. Then I come back inside and make lunch, then I head back out to finish writing until about 3:30. I usually try to exercise from 4-5 (either peloton or a jog), and at 5 the kids are up from their naps and my workday is over. We'll make dinner, get the kids to bed, and then make progress on whatever show we are watching (currently The Office, was previously Ted Lasso I think).

How did you learn to sing/ play instruments? I'm self-taught, so mainly just by fumbling around. I've had a couple of voice lessons as I've done it more, mainly for keeping my voice healthy, and I did take guitar lessons in high school. I also took piano lessons as a little kid but quit and didn't pick it back up until high school.

I have always felt that Ben Rector was one of the most personable artists and had the most exciting concerts- and trust me, I've been to a lot of concerts. After having the opportunity to interview him, it was definitely proven to be true. He creates feelings of joy, comfort, and coming home to an old friend. If you're anything like me and truly value the character of an artist, then Ben Rector should be your favorite artist too.

Also, if this interview wasn't already exciting enough, Ben Rector will be releasing a new single at the end of May! Can I get a Southern-Baptist styled amen? Keep your eyes and Spotify/ Apple Music playlists open!

If you'd like to see more of Ben Rector, he was recently featured on American Idol and you can check that out on his Instagram.