My experience with being in the work force and dealing with the minimum wage increase. 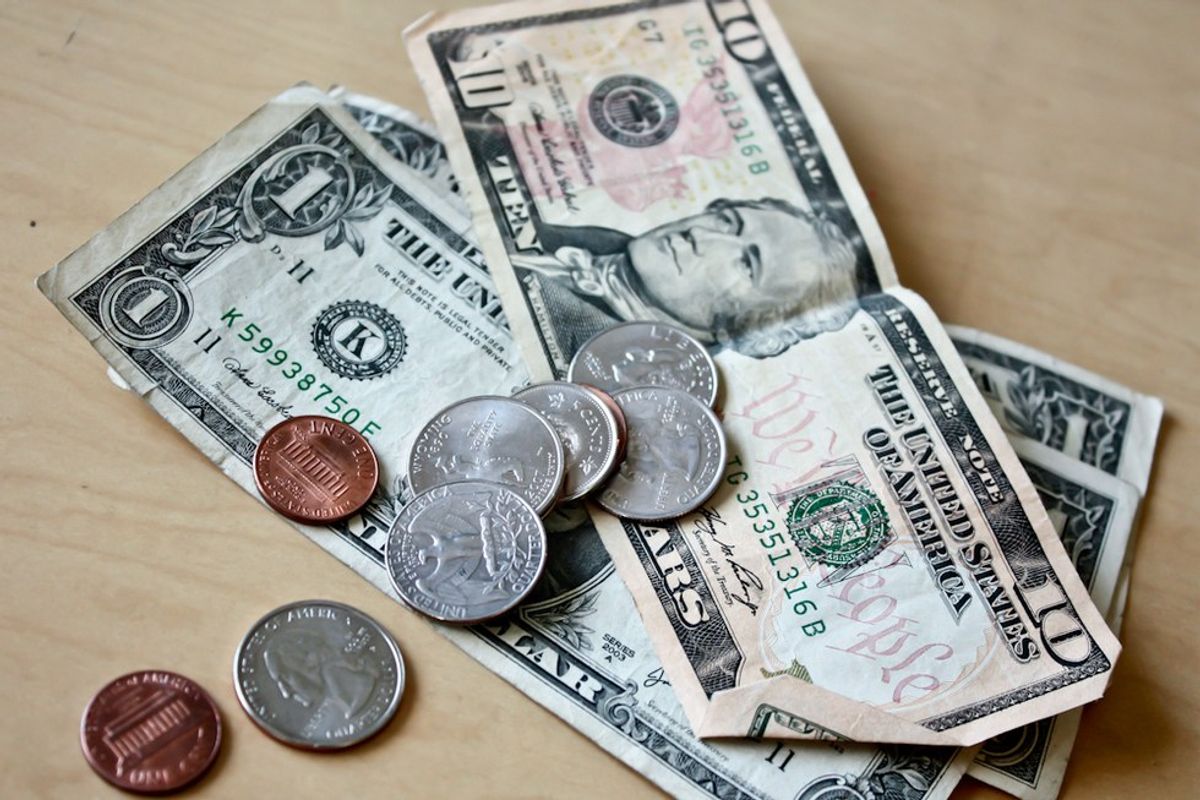 I work in an independently owned movie theater in small town America. There are three of them, all in different town that aren't too far away from each other. Like most movie theaters the concessions are overpriced and most people just sneak their own snacks in. I'm sure that comes as no surprise, everyone does it. Well, now people are sneaking more food in than ever. Why? Minimum wage increase.

You may be wondering how those two are at all related but I can assure you that they are. In November of 2016 Arizonans voted to raise the minimum wage to $10 an hour, starting in January of 2017 and eventually to $12 an hour in 2020. Sounds awesome, right? Wrong.

As of January 1st, 2017, minimum wage in Arizona was raised as well as in 18 other states across the country. The same day, prices went up. People's hours were cut. Jobs were lost and now those positions won't be filled again. Why? Because small businesses and big businesses alike just can't quite afford it.

The theater I work at had to cut our hours. A few of my coworkers lost their jobs. Our prices made about an 13.8% increase. That doesn't sound so bad, right? Considering that already overpriced popcorn ($6.00 for a jumbo) went to even more overpriced ($6.75) I wouldn't say there are any benefits in it for us. People buy less of what we're selling, and overall that means less money for the company since we only get less than 20% of the ticket sales.

Less money for the company means less money to pay employees with. Obviously.

There is now a sign on the front door of the theater explaining the reason for the increase in cost of concessions. They explain that in order to be able to pay the employees this is a necessary action. I see many people pause to read that paper and once in a while they say something to us about it.

I had one man read that paper and come talk to me.

"You got a raise?" He asked. I personally wouldn't consider it a "raise" but I answered yes regardless. "Huh," He scoffed. "I can't believe they're complaining about paying you guys decent wages." He then promptly walked off. I just watched as he walked away.

Well, sir, that isn't quite how it works. I had a similar situation not too long after that. Somebody made a comment to me about how great it must be to make more money. I responded honestly, telling him that it was kind of nice, but definitely had it's drawbacks. He stared at me like I was crazy for a few seconds and walked away.

This isn't to say there aren't benefits, because there are some. But those are very hard to see when you're right in the middle of all the negative effects.

How can I say it's great when it isn't? My hours, as well as those of more than thousands across the country, have been reduced by so much. How can I support this when jobs have just been blocked off for so many people looking for them who genuinely need them? They aren't going to able to find jobs anymore. What about those who lost their jobs because their companies don't want to pay for them anymore? Tell one of them how great the wage raise is and see what happens.

People in my age group are quickly learning about inflation from firsthand experience and in more than one way. I see it when buying things that I need. I see it even more when being yelled at by customers who are angry for having to spend $12 on two large drinks. I know it's ridiculous. But unfortunately it's necessary. It isn't going to go down any time soon either.

I hope people begin to understand the effects their choices have had on everyone. When they're young, entry level family members can't find a job, I hope they understand why. I hope everyone realizes how short sighted this decision was and learn from the mistakes.