Rape Culture Caused Ariana Grande To Be Groped By Bishop Ellis, Not Her Short Dress 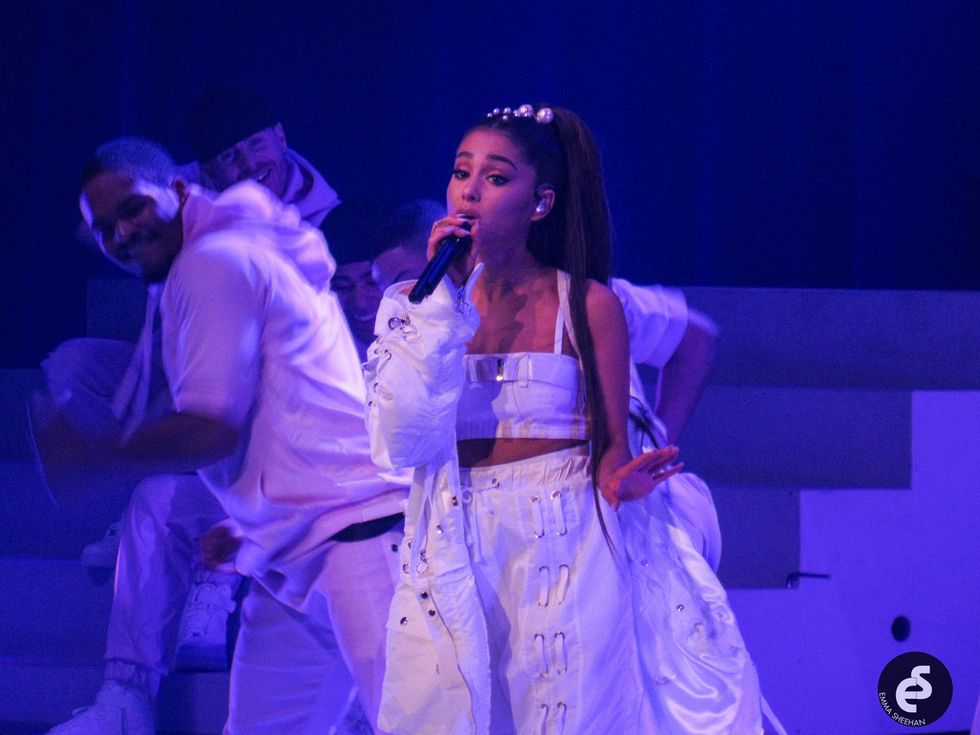 Aretha Franklin's funeral service should have been a place where everyone in attendance could feel supported and safe, but Bishop Charles H. Ellis III completely destroyed that atmosphere when he groped Ariana Grande's breast after she performed Franklin's song, "You Make Me Feel Like A Natural Woman."

For many women, the situation that Bishop Ellis put Grande in was all too familiar. A man in a position of power abused his status by inappropriately touching a woman and knowing that she would be unable to do anything about it.

Religious leaders are some of the most highly respected people on the planet, and whenever one of them does something immoral or downright despicable, they have hundreds of thousands of people defending their actions. At a high profile event like Franklin's funeral service, the Bishop that is chosen to run the service will automatically be seen in a positive light because the guests will assume that he is a very respectable person.

Even though there are many religious leaders that are truly kind and trustworthy, we must not allow that to cloud our judgment. In the photographs and videos taken of when Bishop Ellis put his arm around Grande, you can clearly see that she was uncomfortable. His hand was nowhere near her waist, which is where it would have actually been if his intention was to give her a hug. Bishop Ellis described it as a hug in an attempt to deflect the blame that was being placed on him, but it was clear that he purposefully put his hand on Grande's breast.

Many people have come to Bishop Ellis' defense and claimed that he was not aware of the placement of his hand and that everyone should accept his apology, except his "apology" shows just how little remorse he really has. He stated,

"It would never be my intention to touch any woman's breast. Maybe I crossed the border, maybe I was too friendly or familiar but again, I apologize."

Bishop Ellis is not taking any sort of responsibility. The most he can force himself to say is "maybe." At no point in his apology does he admit that he is guilty. It is clear that he does not actually believe that he did anything wrong and that the only reason he "apologized" was because he felt that he had to.

Bishop Ellis went on to say,

It is disgusting that he believes that his actions represent love. If he truly loved Grande, he would have respected her body. He would have hugged her in a way that did not involve him placing his hand on her breast. Instead, he inappropriately touched her because he knew that women have been conditioned to never want to make a scene, even when our own comfort and safety is at stake. She was forced to smile and laugh along with him because he took advantage of her in front of a crowd of people that respected him.

Grande was put in a situation that nobody should have to face, yet there are still many people that believe that what happened was her fault. They claim that her short dress was what tempted Bishop Ellis to touch her breast. Supposedly, if she had dressed in an "appropriate" manner, he would have never groped her. By now, we should all know that that could not be farther from the truth. A woman can be completely covered from head to toe and if a man wants to touch her without her consent, he will try to find some sort of excuse to do it. Instead of telling Grande to wear a longer dress, tell Bishop Ellis to keep his hands to himself.

ariana grande
Report this Content
This article has not been reviewed by Odyssey HQ and solely reflects the ideas and opinions of the creator.