An Insider's Guide to Bar Regulars

Which One Are You? 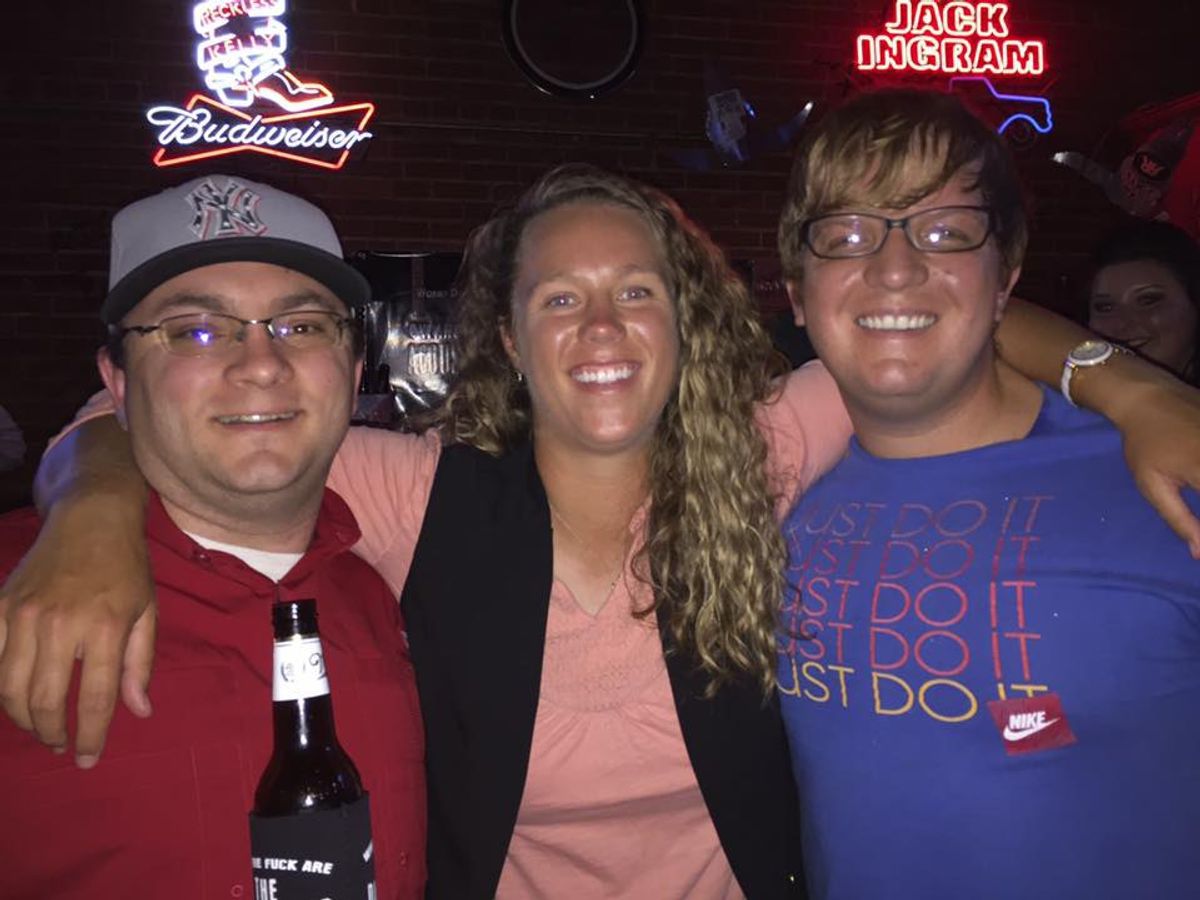 Being a “bar regular” has been a badge of honor for a long time. From the first night someone handed me a goblet of mead without having to request it (because it was the only kind of alcohol that existed), to a young professional being slid a G&T and a knowing wink from the bartender at a downtown happy hour spot, being a regular is always cool. It says, “I’m one of the gang,” or possibly “my drinking is, at the very least, consistent.”

One of the common misconceptions, however, is that the bar staff love all their regulars, as someone who has both worked in bars and is a frequent patron, I can tell you that is not always the case. The regulars at my bar range from “beloved,” to “weird,” to “I’m hiding in the back until he’s gone,” and what better way to show that than to rate them? Let’s break it down.

Drink of Choice: Beer of the Month

Keith is the most versatile of our regulars. He usually comes in on weekend nights, but he isn't scared to stop by on "Dollar Wheat Wednesday" every once in awhile. I’ve seen him there alone, like most regulars, but occasionally, he'll also be with his buddies.

He’s polite, doesn’t creep on the waitresses, and even helps me out collecting glassware when it gets busy. When he comes in on a slow night, he’s fun to talk to, but he never gets too serious (I don’t know what he does for a living or anything about his love life, but I do know he’s an Eagles fan). Keith is what every regular should aspire to be.

Nearly perfect, but he lacks any intangibles that would make him a 10/10.

All you need to know about Steve gleans from his drink order. Who drinks Jager neat? (I don’t even think it’s a drink, honestly.) He declines it chilled, declines a chaser, and he just sits there sipping on a glass of black sludge that’s getting progressively warmer. (Clearly a psycho.)

On my first ever encounter with him, he gestured towards one of our bartenders and murmured, “She’s got legs like a damn gazelle”, while holding eye contact with me. I smoothly replied, “Haha. Uhh yeah..she..she walks pretty fast,” and then I left to “grab something from the back.” He comes in every Saturday, drinks six warm-ish Jagers, and then he announces to the bar that he’s gonna go get high on his porch and anyone is welcome to come. No one has ever taken him up on his offer.

Super creepy, but overall, he's harmless. He never actually put his hands on anyone or done anything to warrant him getting kicked out.

When this guy first walked in the door, there was an immediate scream of excitement from the staff. People flocked to him, dapping him up, and generally, just loving his presence. Since he was an unassuming 50-year-old man, I assumed he was a big spender, and they were all about to be rich. I was proven wrong seconds later when he perched at the bar and ordered just a glass of water. It wasn’t until five minutes later when his true gift revealed. He opened up his bag and laid out about 100 truffle balls from his bakery, categorized by flavor, and man... were they tasty.

Strawberry Shortcake? Spectacular. Tiramisu? Divine. Red Velvet? Not gonna lie, I came back for seconds. I had many pastries that don’t hold a candle to Rondo’s truffle balls. The best part is, he does it all out of the kindness of his heart. He never accepts payment, and he never drinks. Just enjoys coming in and spreading his delicious gifts with us all. (Or maybe he likes being surrounded by attractive girls in revealing outfits.) Either way, it’s totally worth it.

I love this man more than I do some of my relatives. I would lie to a judge for this guy. If he becomes a regular at a different bar, I’m changing bars on the spot.

No one is more of a regular than Marissa. She gets to the bar at 11:30 AM on Saturdays, orders a glass of house white, and watches a soap opera on her iPad she propped up on the bar. At noon on the dot, she orders a salad, eats until 2:30 PM, and then she leaves. All of that would be fine... if she didn’t complain and nitpick her way through that entire two-hour period. Things she’s complained about include:

Her salad being too cold, the ice “tasting funny", nobody giving her enough attention (said with a wink), and of course, the bar being too loud for her to hear her show.

I like to watch Netflix as much as the next person, but there’s a time and a place. On your couch on a lazy Saturday? Great time and place. At a sports bar during an OU game? Not the right time or place, unless you want to be lynched by 100 angry fans for turning the game down.

It would have been a four, but a wink from an obese 60-year-old woman is still a wink.

Kyle is the ultimate mooch. He buys shots for himself and the bar staff, and then he “forgets to pay”. He walks out on tabs. He bugs the bartenders for “just one free beer”. I once saw him eat a plate of nachos abandoned by another guest. At any given moment, one of the other regulars or the staff is complaining about his antics. He is also the guy with all the connections.

Being a regular is a two-way street. The more you offer the bar, the more the bar will offer you in return. Go out and a find a bar to call home.