6 Reasons Why Disney World Is Better As An Adult
Odyssey
CurrentlySwoonLifestyleHealth & WellnessStudent LifeContent InspirationEntertainmentPolitics and ActivismSportsAdulting
About usAdvertiseTermsPrivacyDMCAContact us
® 2023 ODYSSEY
Welcome back
Sign in to comment to your favorite stories, participate in your community and interact with your friends
or
LOG IN WITH FACEBOOK
No account? Create one
Start writing a post
Lifestyle

6 Reasons Why Disney World Is Better As An Adult

The magic doesn't stop just because you've grown up. 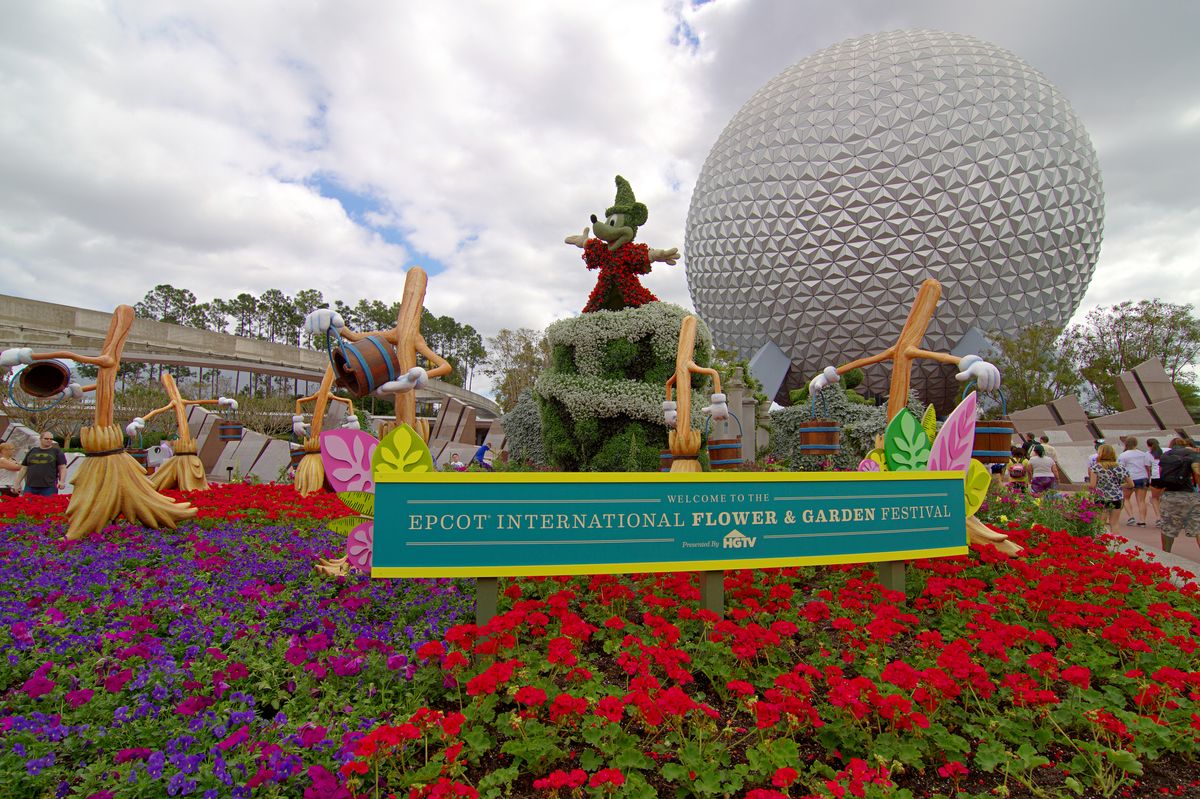 I was six the first time my mom and I flew down to Orlando for a trip to Disney World. After the first day there, I never wanted to leave, but of course I had to, and by Thursday of the week-long trip, I was in tears knowing that I'd soon have to leave Mickey and Minnie and all their friends, and the exciting rides, and the lanky palm trees that just didn't grow in Pennsylvania, and with the trees, the warm weather.

As a former Disney Cruise Lines employee and current Orlando resident with an annual pass, I've spent much of my adulthood able to come and go from the parks and at a fairly reasonable price at that. And I've realized: having open access to Disney World whenever I want (except for those pesky blackout dates) is way better than six-year-old me could have imagined. Here are six reasons why Walt Disney World is even better as an adult:

Well, okay. Orlando is still stinking hot at times, and there are still those random rainfalls at 3 PM every day and the lines are still ridiculously long at times (I honestly have no idea when I'll get to ride the Pandora ride since the wait's always like three hours long). And when you spend 12 hours, even eight hours, even five, inundated with heat and rain and crowds, a day can still feel like a century. But when you've had twentysomething years of unpleasant weather, crowds, and long days, none of those things feel like the end of the world. I won't say you won't have a meltdown (especially if you're traveling with kids of your own - I'm not yet), but it's certainly less likely, and if you do experience a freakout, you can handle it any way you want (see #4, maybe?)

2. Freedom to Ride Whatever You Want

I think I was tall enough to ride almost everything by the time I first went to Disney World, but plenty of kids go to the parks when they're younger than six, and the thought of, say, going to Magic Kingdom and not being able to ride Space Mountain is devastating to me. Some of the slower dark rides boast a nostalgic, immersive experience, but many of the best rides at Disney are fast (I'm looking at you, Rock 'n' Roller Coaster) and/or scary (RIP Alien Encounter) (Also RIP Alien room in the Great Movie Ride).

Moreover, as an adult, you can go on rides unaccompanied (and single rider lines are awesome). My mom has never liked thrill rides, and who knows how many times she had to get on Tower of Terror or Splash Mountain with me? (We have photo documentation of the most unfortunate rides). Okay, the pictures are pretty funny, but when I'm at one of the parks with her nowadays, she can sip a margarita and people-watch while my boyfriend and I wait in line for an hour so we can be thrown around by Thunder Mountain for a few minutes.

EPCOT's Food and Wine Festival/Festival of the Arts bring in all sorts of acts for nightly shows at the America Pavilion, but most of them are performers haven't had a hit in quite some time. As a child, I wouldn't have had much interest in seeing Christopher Cross, The Hooters, or Living Colour, but I saw them all last year and had a blast. Likewise, a kid nowadays probably wouldn't have much fun at the Sugar Ray concert I attended, but it was the perfect nostalgia trip for me. Your music tastes tend to expand as you get older, and the eclectic lineup each festival brings (and if you're a pass holder, these concerts are essentially free!) definitely appeals to adults.

4. Drinking Around The World

Most Magic Kingdom -style parks don't serve much alcohol (the exception being Disneyland Paris, as European guests were leaving the parks before dinner when they couldn't get a glass of wine with their meals), but when it comes to any of the other parks, there are definite benefits to being an over-21 individual. If you overdo it, your wallet might hurt a bit, but at least you're in a super-secure environment with like 1,000 food items. EPCOT's World Showcase is, of course, the best place to imbibe. With 11 countries' adult beverages to sample (even more during the Food and Wine Festival!), you're sure to get something high-quality and novel at each spot.

When you've got a week off of school to go to Disney, you don't necessarily want to learn anything on vacation. I liked Living with the Land as a kid, just because I liked boat rides, but I didn't retain much of anything from it. I didn't get to ride Ellen's Energy Adventure before it closed this past summer, and unfortunately, all I remember from it is Ellen playing "Jeopardy!" with some really annoying competitor. As a teenager, I didn't pay attention to the history or technology discussed in Carousel of Progress, because I was too busy laughing at the outdated clothes they wore in the "present-day" segment. Today, the family still wears the same clothes in the attraction's finale, but as a big vintage clothing buff, I'd kill for the grandmother's Laura Ashley dress. And I actually like thinking about how the way we live has changed over the years. I care about the environment and sustainability and am interested in what Disney has to say on the matter. The more informative rides that I rode off as a kid are now among the most fascinating, so I can finally say that when it comes to Disney World, I like everything it has to offer.

6. Ability to Buy (Or Not Buy) Whatever You Want

Okay, so any purchase I've ever made at Disney World has been completely unnecessary. But as adults, we can go ahead and buy whatever we want at the parks, and nobody except our banks can stop us. And let's face it, Disney has some pretty cool things. But as adults, we also have a bit more self-control, and when we do concede that we really don't need that Perry the Platypus plush toy, we can very maturely walk out of the store empty-handed...we can, can't we? Right? RIGHT?

Okay, enjoy your Perry toy. When you misplace it a month from now, you can tell yourself he's on some sort of Doofenshmirtz- driven adventure, not that he's under a pile of laundry somewhere.

Nicole Marie Nigro
Individual Creator
8328
c1.staticflickr.com
Where to start...... Let me start with the cliche that life throws us curveballs and what we do with it is what counts.