5 Ways Dating Is Getting Better
Odyssey

5 Ways Dating Is Getting Better

Relationships may be getting better, not worse. 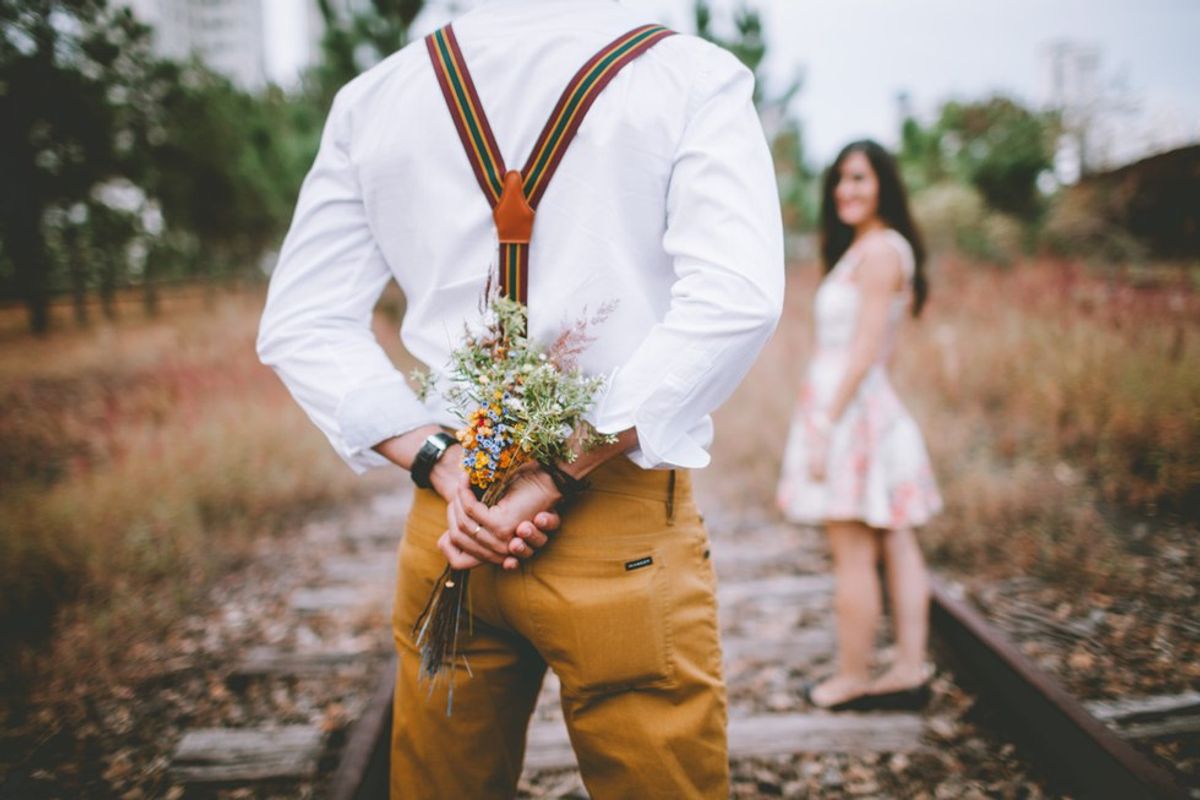 It's almost Valentine's Day, the time of year where not a day goes by that I don’t see a post on my Facebook feed saying something along the lines of “We don’t want relationships,” “Modern dating is terrible,” and my personal favorite: “old-fashioned dating trends we should bring back!”

While these might seem right at first glance, when we take a closer look, things aren’t as bad as they seem, things may actually be getting better.

1. We are actually pretty good about making our intentions clear.

Now you’re probably saying, “No we don’t! I can never tell if a boy/girl likes me or not! I wish he/she would make it more clear.” While that may be true to some extent, intentions are incredibly clear these days.

Case in point: Tinder. Believe it or not, dating apps like Tinder, it’s spinoffs, and even its predecessors help us communicate our intentions. For example, many people on Tinder write in their bios that they do NOT want hookups, want to meet new people, or maybe that they do just want some hookup.

Either way, they didn’t have dating apps in the 1950’s. Men had to guess based on dubious signals whether a girl was not only interested in him, but interested in a relationship or casual fling at all. With Tinder and dating apps, you get a notification that someone you find attractive likes you back. The ice is (in theory) now broken. Now just because you match with someone doesn’t mean they’re always going to message you, but if they do, you know that you already have a mutual attraction.

Ok, so why don’t they message back? Or why don’t people let each other know they’re interested by engaging better? That brings us to my second point:

There is a pervasive idea that we try to be as apathetic as possible, at least more than our parents and grandparents generation was. However, THEY are the one who told us to play hard to get! E.g. The three-day rule. Essentially, you need to appear apathetic, but not too apathetic.

I don’t understand why we don’t talk about the paradox of how old fashioned dating makes intentions “clear” yet it also says play hard to get.

One doesn’t have to search long for stories of one night flings and hookups to realize we’re a promiscuous culture. Then again, our progenitors were as well, it just wasn’t as public. Yet we somehow think we’re apathetic when in reality we tend to be forward.

At the same time, many tell me that we’re PHYSICALLY forward, but EMOTIONALLY reserved. Somehow we have this idea that we can’t talk about what a relationship (of any kind) means to us.

But who says we can’t express ourselves and form emotional connections? Where’s the rule on this? It seems that there’s more literature against this than for it. If anything it’s an exacerbated form of playing hard to get and it does need to stop, but it’s an old fashioned tip many people are breaking away from.

3. Chivalry is dead (and that’s probably a good thing).

Once again, I see posts about this EVERYWHERE. Where have all the good men gone? Why don’t they hold doors open for women or pay for dates anymore?

Chivalry is outdated. It’s based on archaic battle codes and ethics of feudal knights. Our society is no longer concerned with honor and that’s ok. Do we really want to go back to the days when women were considered damaged goods if they slept with someone? Or land owners exploiting the generations of illiterate peasants who work for them? Why would we yearn for a system where women are treated well because they’re considered inferior? Do we also want to go back to a time where women couldn’t vote, own land, hold a man’s job, etc?

Alright, but what about the good old days like the 1950’s? Once again, that era had its serious flaws in that women were still under the weight of immense double standards. Also, we think men were gentlemen back then, but no one seems to talk about the blatant sexual harassment that was common then.

Now, all that being said, opening a door for a PERSON is just a nice thing to do. Asking a PERSON to go to lunch and offering to pay is just a nice thing to do. It doesn’t matter if they’re women, you should do nice things for people because you want to be a nice person. It’s also socially acceptable that if you’re the one who asked the person on a date, that it is your treat, therefore you offer to pay for them.

I use this language because it furthers women as equals. Feminists (Uh oh, big scary word there) have shed their blood, sweat, and tears towards advancing women’s equality in society because most women probably don’t want to be locked away in a tower wearing an uncomfortable corset waiting for Prince Charming to come.

So hopefully now that chivalry is dead, women don’t have to be constrained to such a passive box and men can release the burden of having to be the constant initiator.

I’ve touched on this a bit, mostly with the rampant sexual harassment in the “good ol’ days” comment. However, our current disdain for catcalling needs to be applauded.

With those old fashioned dating years also came some incredible dangers. It wasn’t uncommon as it is now for women to be whistled at, cat-called, and harassed. This is still pervasive today, but women were told that if they were assaulted that it was likely their fault in some way.

Our society has begun a tremendous push back to this ideology and it’s keeping men in check to be the “gentlemen” we thought they were. Women are being given more power and furthering equality. This is a good thing and something we haven’t really seen before.

In a similar vein, we used to think it was ok for men to hit their wives. Let me say that again, it was socially acceptable (or at least more common) for a man to hit his woman. Don’t believe me? Look at popular shows like The Honeymooners: “One of these days Alice, bam, zoom, straight to the moon!” While it was technically outlawed by the 1920’s, it is well documented that law enforcement did not seriously pursue domestic violence cases until the women’s movements in the 1970’s.

Now, this may seem counterintuitive and paradoxical to old fashioned dating. And it is. That’s the sad irony is that we think men we so much more gentle back then, but there was still prevalent domestic violence.

Great leaps have been made and still have to be made for women to be safer, and men to be good men, but it’s better now than it once was.

5. There are less rules.

This seems to be the one that frustrates all people the most. There used to be pamphlets and articles that told people about dating and relationship etiquette. Now dating seems to be like the Old West, with no rules or guidelines followed.

And that’s okay. Not everyone has the same standards, needs, and wants. As stated before, men and women don’t need to be confined to a certain box or way of doing things. You don’t have to live up to anyone’s impossible double standards.

I understand though, that it’s a bit easier in some ways to have a systematic relationship track. It would be nice if everyone followed the same guidelines, but isn’t the point of freedom that people can live the way that suits them best?

Sure, I would love it if everyone lived a similar Christian life as I do. I hope that my relationships point to Jesus and his love for us, and that people yearn for Godly relationships. But not everyone does, and we each need to figure out what we want out of relationships in our own time.

Relationships may be a bit more difficult to navigate than they were before, especially without an established guideline for everyone, but it’s better than it was and we can make it better not just for ourselves but for future generations.