5 of the Best Books to Read This Spring
Odyssey
CurrentlySwoonLifestyleHealth & WellnessStudent LifeContent InspirationEntertainmentPolitics and ActivismSportsAdulting
About usAdvertiseTermsPrivacyDMCAContact us
® 2023 ODYSSEY
Welcome back
Sign in to comment to your favorite stories, participate in your community and interact with your friends
or
LOG IN WITH FACEBOOK
No account? Create one
Start writing a post
Entertainment

5 of the Best Books to Read This Spring 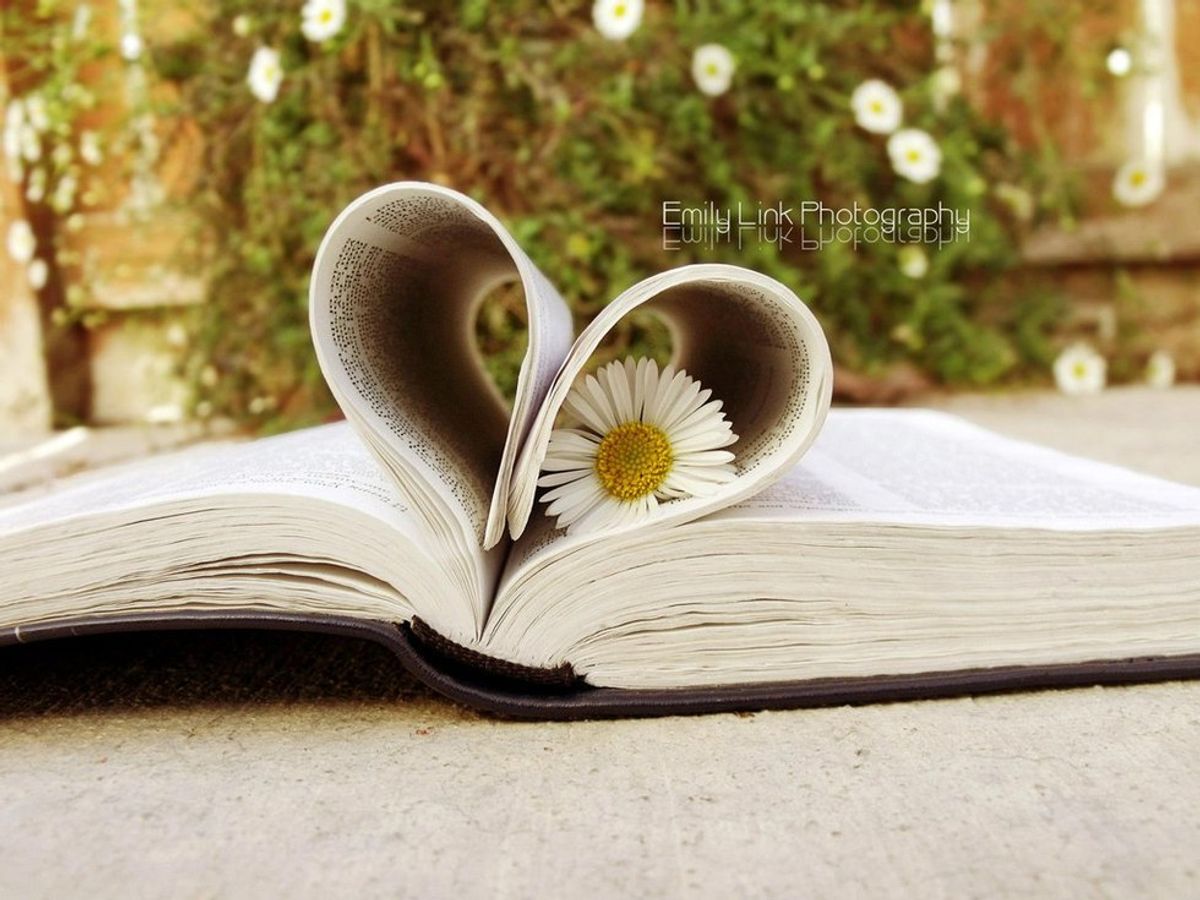 Spring is here! Which means April showers and May flowers! Everyone is ready to put away the winter jacket and snow boots and trade them in for light jackets and slip on Toms. Spring cleaning is beginning, people are hitting the gym, and everyone overall is just trying to be more productive—and that includes reading! Here are five books for you to get started with!

1. 'The Glass Castle' by Jeannette Walls

A memoir written over ten years, journalist Jeannette Walls recounts her growing up with her family in poverty. For the Walls family happiness and stability comes and goes as they move from place to place and as her parents are often losing their jobs and going into debt. The memoir has a sequel ‘Half-Broke Horses: A True-Life Novel’ that tells the story of Walls’ grandmother Lily Casey Smith. The film adaption of ‘The Glass Castle’ is said to be released this summer. So get reading before the movie comes out.

2. 'The Handmaid’s Tale' by Margaret Atwood

Set in the near-future New England, Offred tells her story of how she is subjugated under the theocratic military dictatorship that keep her for reproductive purposes in a group known as “handmaids.” Written in 1985, the novel is still considered one of the most foreboding and powerful stories due to its basis in historical fact and is often compared to works like George Orwell’s 1984 and Aldous Huxley’s Brave New World. Atwood’s dystopian novel was recently turned into a TV series that will be aired through Hulu premiering on Wednesday, April 26th.

Ten-year-old August “Auggie” Pullman has a rare medical facial deformity that he refers to as “mandibulofacial dysostosis.” After being homeschooled for years, his mother decides to enroll him in a private school for the start of middle school in the fall. Palacio wrote the novel after an incident where she and her toddler son were waiting in line to buy ice cream when he noticed a girl with facial birth defects. Palacio feared that her son would act inappropriately; she tried to remove her son from the situation in order to not upset the girl or her family but ended up making the situation worse. Then hearing Natalie Merchant's song "Wonder," Palacio became inspired to write as it made her realize that the incident could teach society a valuable lesson. A film adaption is also set to come out early next month.

4. 'The Help' by Kathryn Stockett

A 2009 novel, the story takes place in the early 1960’s in Jackson, Mississippi told from the perspective of three different characters, black maid Aibileen Clark, black maid Minny Jackson, and white hope-to-be writer/journalist Eugenia “Skeeter” Phelan. After graduating from the University of Mississippi, Skeeter comes home to find black maid Constantine who raised her has disappeared. Skeeter quickly comes to the realization that her friends’ maids are treated differently from the way white employees are treated and sets out to write a book from the perspective of the help in order to reveal the truth about being a colored maid in Mississippi. Called a “summer sleeper hit” by USA Today when its film adaption hit theatres in 2011 as well as receiving the Academy Award nomination for Best Picture, the novel is compelling and beautiful. It’s a must-read and a must-watch for any bookworm and movie lover.

Cather “Cath” Avery, a freshman at University of Nebraska-Lincoln, does not want to be there and has a hard time adjusting to college life unlike her identical twin sister Wren. She spends a lot of her free time writing fan fiction for her favorite book series Simon Snow. (I considered Simon Snow the almost-equivalent to our Harry Potter.) As Wren and her grow further apart, Cath’s social anxiety disorder becomes more and more apparent. For once a novel actually nails what poor mental health is like. Anyone can relate to Cath whether it’s through love of writing fan fiction, getting used to a new place, dealing with mental health, or simply loving something so much that you fangirl or fanboy over it. It is a great book to get on that summer reading track.
Report this Content
This article has not been reviewed by Odyssey HQ and solely reflects the ideas and opinions of the creator.