38 Ways To Know You're From Ringgold, GA
Odyssey

38 Ways To Know You're From Ringgold, GA

Because there are some things we can all agree on 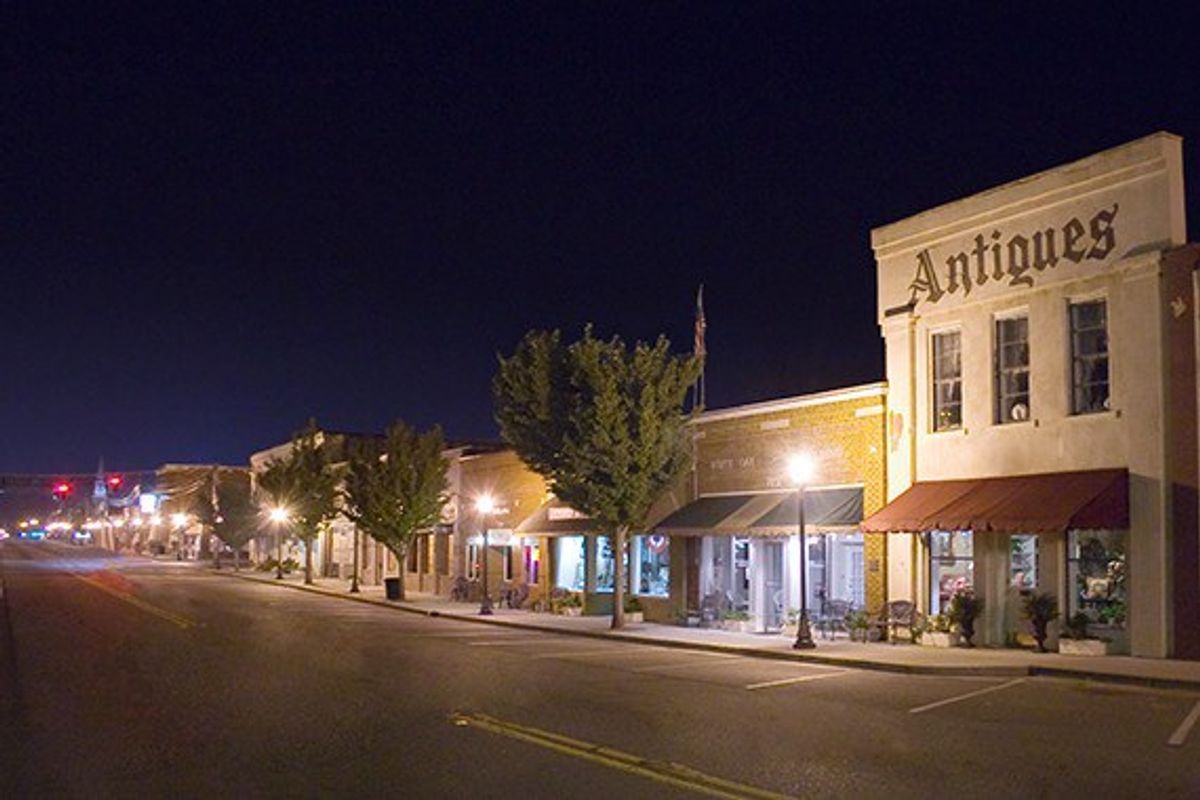 Whether you love it or hate it, small town life comes with its share of quirks. Each town is unique and comes with its own idiosyncrasies, giving it a personality all its own. Ringgold, GA, is no exception to this, and in some ways, we may even be weirder than some. Our city is full of history, school rivalries, and ties that bind us all together. Regardless of if you've lived here your entire life, moved away years ago, or are new to town, you'll definitely be able to relate to this list of things all Ringgold folks know are true.

1. You tell out-of-towners you're from Chattanooga. It's just easier that way.

2. You have experienced the traffic fallout from at least one truck being stuck under the underpass. There's a height limit for a reason, folks.

3. You have a strong opinion about the massive digital sign in the square. You probably don't like it.

4. Even if you've never met the man, you know Ken Poston. Everyone knows Ken Poston.

5. The police trailer in the City Hall parking lot looks intimidating, but it's really only used to sell hot chocolate at the Haunted Depot. Speaking of which...

6. You have either participated in or experienced the theatrics of the Haunted Depot. While I personally laugh in haunted houses, I was once in a group with a girl who may have peed her pants. So good job, guys.

7. The Ghost Tour that accompanies the Haunted Depot inevitably leads to you being trapped on a trailer with the most insufferable people you've ever met. They may be drunk and they might have a dog. On the other hand, you might be on the ride with a large group of middle schoolers. They're equally bad options.

8. After the tornado in 2011, everyone told stories of dozens of bodies hanging in trees. For the record, that never happened.

9. Likewise, everyone has a story about how they or someone they know was in the freezer at Krystal/in the cooler at Ingles/under the salad bar at Pizza Hut when the storm came through.

11. You have a definite opinion about who serves the best barbecue. #TeamChooChoo

12. That never-ending construction downtown last year was one of the worst things that ever happened to you.

13. The flags are a point of pride for you. You find the ones that stand for your loved ones every patriotic holiday. However...

14. The flags make it very difficult to drive downtown when the wind blows. Can't see a dern thing.

15. There are some questions that will never be answered. For example: why was the Ruby Tuesdays never rebuilt? Why did the interstate lights never light up again after the tornado? Why did we get a Zaxby's, but not a Chick-fil-A? These things haunt us.

16. You know how the right lane of 151 ends when you're headed from CVS towards Food Lion? Of course you do. Everyone does. But someone will cut you off every. single. day. at the very last second because they ignore the signs and the fact that they, too, know the lane ends.

18. Above the Ridge is amazing for several reasons. You can take your dog, you don't have to go to Rock Creek to buy outdoor gear, and they sell locally made products.

19. You want some coffee? Caffeine Addicts. Legendairy. Both. You can't go wrong.

20. Sometimes cops sit in what used to be the DFCS parking lot. Sometimes they sit all sneaky-like outside the city limits. They're everywhere. All the time. And so you will go the 25 mph speed limit.

23. If you don't love 1890s Days, you will lie and say you do, because at least three people you know are in the parade, working at a tent, giving out tokens, or manning the giant inflatables. You can never not love 1890s Days.

26. You know the history of how Sherman marched to the sea and burned everything and stayed in the Whitman House and the story goes that Mrs. Whitman cooked some of the soldiers into a stew. So it goes.

28. We have a local Ringgold radio station. I honestly don't know what it is.

30. Catoosa Citizens for Animal Care does the Lord's work when people get irresponsible and leave their pets out to pasture.

31. Youngsters these days can't remember when the RHS art building was the Ringgold Library.

32. There are so many restaurant options for such a small town. You have Richard's, Homeplate, Farm to Fork, Rafael's, Legendairy, the Green Apple, and more. We will never run out of options.

33. You or someone you know has had senior photos done at the creek.

35. Southern Charm is the reason you're in style and poor.

36. K-9 Tub Time is fabulous for those of us whose dogs don't fit in the bathtub.

37. You know exactly where Ringgold stops and Fort Oglethorpe starts. It's important, because people from Fort O are NOT Ringgoldians.

38. No matter what happens, folks from Ringgold stick together. It's who we are. Who we'll always be.

Maybe you grew up here and moved away. Maybe you're new in town. Regardless of how you got here, once you get to Ringgold, you're one of us, and you're family.