11 Stages Every TV Binge-Watcher Goes Through

The love/hate relationship everyone has with their favorite show. 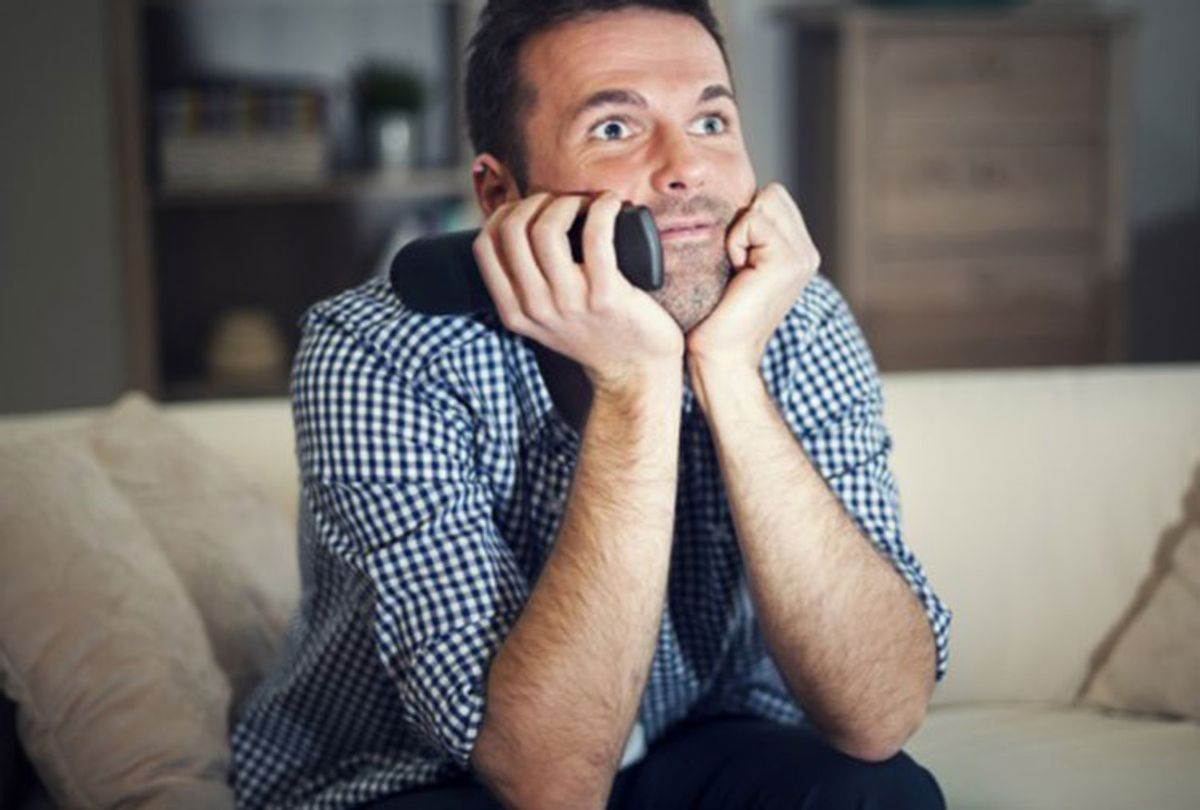 Even if we wont admit it, or come to grips with it, we've all done it: we've all sat on our couch, or laid in our beds watching every single episode of a five-season series in a day, and have gone through every single emotion that we're capable of producing. We fall in love with the characters, hate them, and become their best friends, all until that last depressing episode that we all have to face at some point. To finish the series, we have to start somewhere, and here's where:

1. The ever so eerie start.

This is the beginning of the end; you listen to a friend who tells you about the "best new show" in the world, and "you have to see it so we can talk about it!" So you go and find it on Netflix, and hit the dreaded play button, since you know you've just lost a good chunk of you life to this.

You start to get into the swing of it, but you're not 100 percent sure you're going to love it, but you hesitate to hit that stop button, or to get up in case you miss something important.

You finally hit that point mid-season one that your friend was telling you about, and boy, were they right! It's insane!

OK, so you've finished season one. You're shocked at that amazing twist-ending that left you biting your nails, or almost ripping that empty chip bag that you opened up two hours ago. Whoops. But you cant stop.

This is something we're all guilty of -- the ever so easy "click" of that TV remote, and you're sucked in to another hour of your new favorite show, or to be more fair, your new life.

This is the deal breaker of most series shows -- the ever-so-popular killing off of your favorite character. You want to scream, cry, break your TV, and keep watching all at the same time because somehow, they always come back in the end, and you hope somehow they survived that explosion at the gas station.

8. The light at the end of the tunnel.

You've just cried into your pillow, and subtweeted the TV station that produced the show 1000 times about how they have to bring you-know-who back. After another two agonizing seasons, you've come to grips with the fact they aren't coming back. Ultimately, you decide you should finish the show, and see how it ends.

Congratulations! You've done it! You've successfully watched the entire five season series in a weekend, and now are as equally obsessed as your friend. The last episode is coming to a close, and you know that you'll have to go outside and see your friends again eventually.

OK, you've done it, you've gone through the show, but you miss it so much. Even though it just ended, you start to feel your hand moving towards the remote.

11. The worst mistake ever.

Now, this is where we get into trouble. You have three outcomes of that last episode. First: Oh, that couldn't have been them, they died two seasons back! Second: Wait, what? I have to watch from that episode again, or check online to see what I missed. Finally, the worst one of them all: Well, here goes another two days of my life, back to season one! At least your friend was right.

Kassie Hsu
Baylor University
4087
Panda Whale
Here are 100 things I'd rather to than study. I know the semester just started, but
Featured