Things to learn from "Harry Potter." 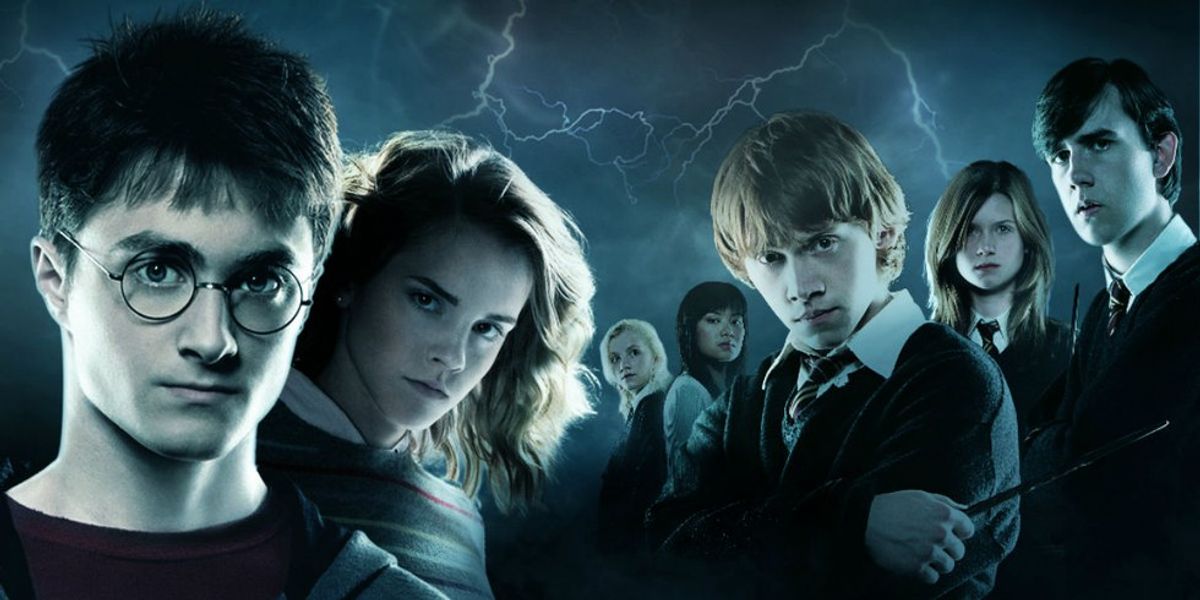 I could reread "Harry Potter" endlessly, and although the shear joy I get from reading the books is reason enough to do so, there is at least one other plausible reason I can give to those who don’t understand why I consume the same books 20 times over: The story has so much to teach us about our own lives.

1. Prejudice, no matter its form, spells catastrophe for society.

The wars of the wizarding world, just like the wars going on today are rooted in prejudice. Though their prejudice was over magical blood and our muggle bigotries are rooted in religion, politics, and money, they all lead to pointless hatred and violence.

2. Friends can come from the unlikeliest of places.

Harry, Ron, and Hermione initially seemed wary of the abnormalities of Luna and Neville (save for Hermione and Neville; she was the one to help him search for his toad on their first train ride to Hogwarts), yet Neville and Luna turn out to be the noblest and truest of friends.

3. Hate and fear are powerful tools of coercion.

Voldemort took a hateful but uncommon concept and made it legitimate. Before Voldemort rose to power only a handful of people in the wizarding world believed that superiority came from a magical heritage, yet Voldemort took the idea, entwined it with fear by telling lies about muggles and muggle-borns, and used it to build himself an army. Leaders in the muggle world use the same manipulation of emotion to gain power. Can you think of anyone that twists the truth about certain groups of people to make them seem dangerous and legitimize hatred of them so that profiling and banishing them seems plausible?

4. Our worst enemies are still human.

For the entire series J.K. Rowling led us to believe nothing but the worst of Snape, yet we felt nothing but anguish when we discovered the truth of his eternal love for Lily and all that he sacrificed for her. If nothing else the revelation of Snape’s true loyalties taught us to think twice about a person’s motives and emotions. Never assume the worst based only on what you see on the surface.

For all the emphasis on prophecy and destiny toward the end of the series, one of the over-arching morals from the whole storyline is that we define ourselves. “It is our choices that show us who we truly are far more than our abilities.” Don’t let what you can or cannot do stand in the way, because you can be whoever you choose.

6. Persevere. Even when things look darkest, all hope is not yet lost.

Think of every time Harry confronted and thwarted Voldemort—using the mirror of Erised, in the Chamber of Secrets, in the Little Hangleton graveyard, and in his quest to defeat Voldemort for good in the final book—each time the odds were stacked against him, yet each time Harry survived because he never gave up. He kept fighting. “His will to live…so much stronger than his fear of death.”

7. Life his full of surprises.

Harry’s biggest surprise was likely finding out he was a famous wizard, but his life and his friend’s lives were full of significant surprises. 12-year-old Harry never imagined he would marry his best friend’s sister, whose interest in him, he politely tried to ignore. I doubt that awkward, bumbling, nervous Neville ever thought he would one day valiantly fight to help oust Voldemort’s regime.

8. Nothing is as valuable as the relationships you have with your friends and family. Treat them well.

It’s no secret that Harry couldn’t possibly have accomplished all that he did without the support of all his friends. On the flip side, Draco Malfoy, who treated his friends more like servants, ended up with none. Crabbe and Goyle turned their backs on him the moment he lost his superior status.

9. Not all warriors look the same.

Two of my favorite unexpected warriors from the series are professor McGonagall and Neville Longbottom. Neither is the conventional fighter-type like Mad-Eye Moody, but despite McGonagall’s age and her seemingly-tame position as a school teacher, and Neville’s mild and meek persona, they are two of the fiercest and most resilient fighters in the series. They showed us that you don’t have to be an auror to be a badass.

If there is one thing that Fred and George taught us, it is to find the humor in any situation. The booming success of Weasley’s Wizard Wheezes in the midst of war indicated to us just how valuable comic relief could be in a crisis.

11. Life continues on after tragedy and we must continue along with it as best we can.

After calamity strikes, people express bewilderment at how life will continue on. Tragedy struck several times throughout the series, and after each one the characters had to find a way to pick themselves up and continue on even though it seemed impossible. “Understanding is the first step to acceptance, and only with acceptance can there be recovery.”