10 Signs That Don't Mean He's Into You
Odyssey

10 Signs That Don't Mean He's Into You

Just because he asked you to shotgun a beer with him doesn't mean he likes you. 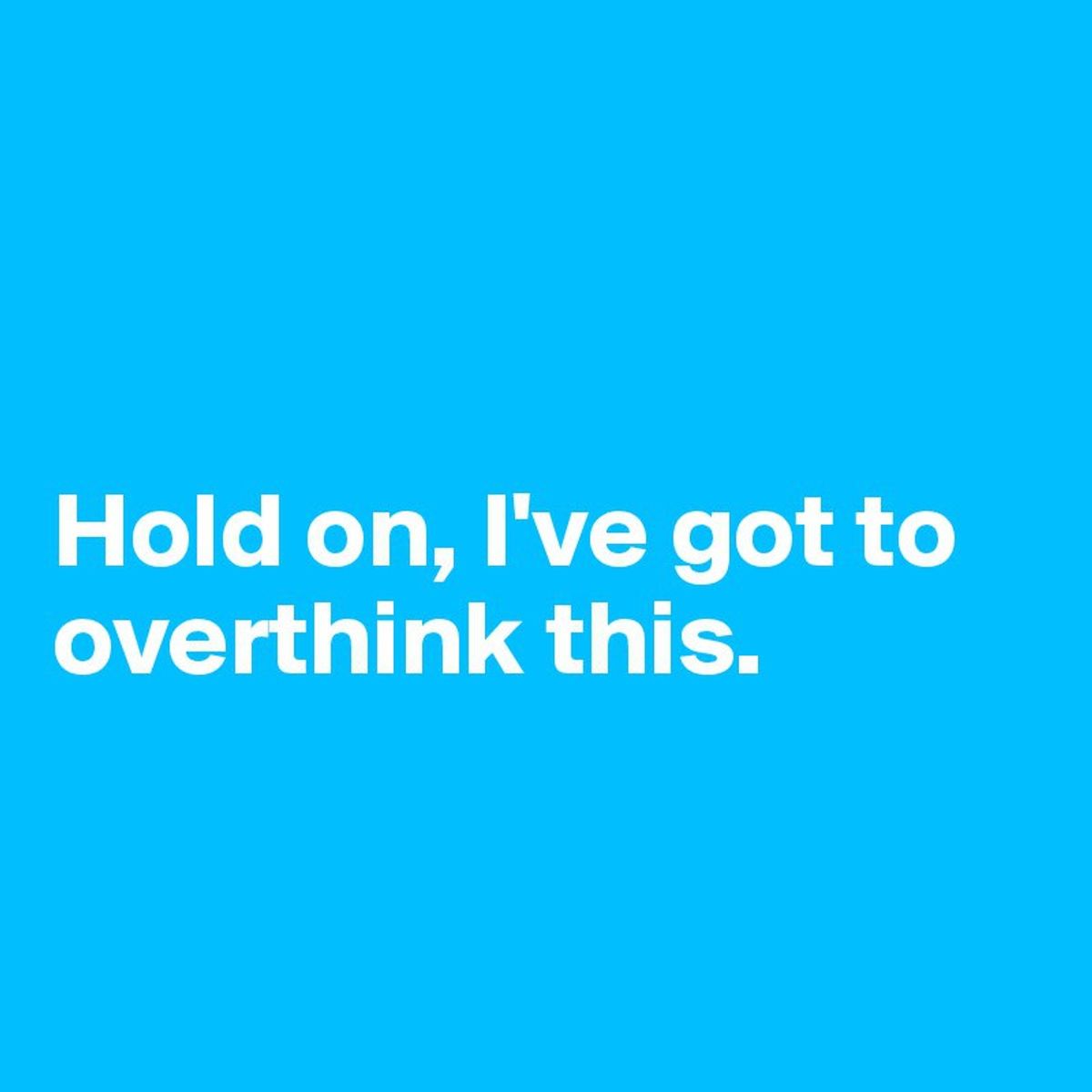 Overthinking is an art many of us have mastered. We do it so much that at this point it seems we enjoy it. But why do we do it?! How do we stop? Especially when it comes to...men.

I used to always overanalyze basically everything. But now, I hardly ever do!

HAHA. Just freakin' kidding. I can't shut my brain off half the time. And that's why I'm writing this article: to remind YOU (and myself) that life is so much simpler when you don't read between the lines.

So if you find yourself constantly wondering if a guy is into you, he's probably not. Are you creating another story in your head again? Read the signs below to double check:

1. He calls you when he's out drunk

OMG! He's out drinking and I am on his mind! How special am I?!

Girl, no. You may be on his mind...but for what reason?

2. He snaps you when it's evident you're going out

I know the routine. You get all dressed up with your friends and post a Snap story of you pre-gaming while listening to the latest radio hit and using the puppy filter. You hope he hits you up and he does. Newsflash: just because he wants to drink with you...doesn't mean he's into you.

3. He contacts you every weekend

No, he isn't swamped with school work 24/7 during the week. Okay, maybe he is. But if you know he spends a lot of time hanging out with friends during the week, you know he could make time to see you too (other than Friday and Saturday).

That's cute, he wants to have a movie night, you think to yourself. Okay. So how much of the movie did you actually watch?

I'm pretty sure every time I end a convo with someone on the phone or in-person with a friend I say, "talk to you later," or "see you later." Do I actually? No.

6. You'll see each other at the bar but he'll come up to you toward the end of the evening

He was just so preoccupied with his friends that there was just no way he could have made an effort to be with you earlier in the night! Right?!

False. It's almost closing time and he doesn't want to go home alone.

Ah! That must mean something! He liked MINE!

8. He likes every single one of your Instagram photos

9. He's usually one of the first people to watch your Snap story

10. He says you look pretty while you're out