They were just meant for each other. 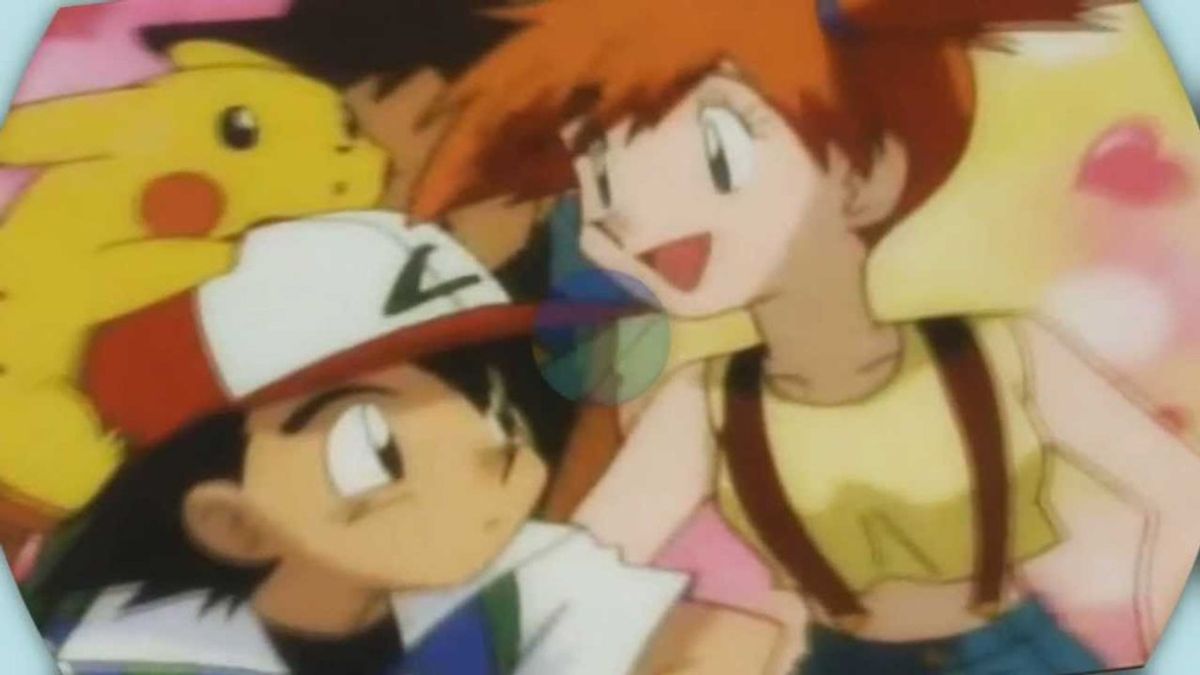 With Pokemon on my brain so much, I felt I needed another article. This one is dedicated to my favorite pairing in the anime. My love for these two is beyond anything I have loved before. This ship is of course Ash Ketchum and Misty Waterflower (as she is sometimes called). This pairing like anything, can be debated as fairly platonic or one-sidedly romantic. But I beg to differ and this was written to explain why.

As was pointed out by my friends recently (thanks guys), the two things I talk about the most are Pokemon as a whole and shipping. So why not combine them??

Here are the 10 reasons I love Pokeshipping (Ash and Misty).

10. They are the original characters first introduced.

This is an interesting concept to think about. Ash and Misty were the two characters introduced in the anime right at the beginning so it was clear each one was going to be important. What we didn’t know was how important they would be to each other. I was excited to see how their relationship blossomed.

9. Even as a 4-year-old I could tell they were supposed to be a couple.

Yes that is true. I saw the chemistry at 4 and 5 years of age. I loved the scenes with just them the most. I always said my favorite characters were Ash and Misty. I loved the idea of them together even back then.

8. They take care of each other.

This is quite obvious between both of them. They worry about each other’s safety first before Brock or the Pokemon themselves. They scream out the other’s name when they are in danger. It is shown on many occasions that they do care about the well-being of the other

Okay maybe not everyone, but most of the fans I know like me are shippers of this pairing whether consciously or not. The characters in the show itself love them together. It was love meant to be whether explicit or hidden.

6. Merchandise always places them together

Merchandise conveys what the creators want buyers to know. A lot of the old Pokemon merch has Ash and Misty on the stuff side by side. This is a pretty clear sign of what the animators themselves want you to know.

5. The Electric Tales of Pikachu Manga.

Even the manga gives them moments. The ship is extremely canon in the manga based on the first two seasons of the anime with specific episodes being turned into manga form. There was also a scene where Brock compliments Ash on his “flirtation technique” instead of making Misty stop fighting with him.

4. The songs: Misty’s Song and Under The Mistletoe.

These were exclusive to the English release of Pokemon Christmas Bash and 2B A Master. They are both adorable songs sung by both Ash and Misty’s English voice actors. Under the Mistletoe talks about how they each feel being stuck under the mistletoe with each other. Misty’s Song is directly told from her point of view and is about expressing her feelings. HE Drives Me Crazy is a song similar to Misty’s Song which talks about how she feels and how she wishes she knew why he drove her crazy. Misty also has an emotional goodbye song.

In the old days, the best relationships were the ones where the two characters didn’t get along but slowly learned how to work together and then fell for each other. Ash and Misty are no exception. They bickered up a storm in the beginning of the first season but by the later seasons got along extremely well and became best friends. This side of the relationship was slow burn but we all saw it coming.

Ash and Misty were my first ship. They were the ones who introduced me to the idea of romance. Their relationship is how I picture mine will be. My significant other and I will fight about silly things, tease each other and be best friends. But when we need to be serious and take care of each other, of course we will do that as well. True love is being silly and serious in equal measure with your partner.

1. These two were my childhood.

I watched Pokemon at an impressionable age and it is the one obsession that I will always go back to no matter how old I am. I have revisited this ship and show many times in the last 18 years.

Regardless of whether or not you shipped them, if you were a Pokemon fan back in the day these two iconic characters most likely helped shape you into who you are today. They did that for me.