Why My Christmas Eve is Unique
Odyssey

Why My Christmas Eve is Unique

Because as any Italian knows, Christmas Eve is where it's at. 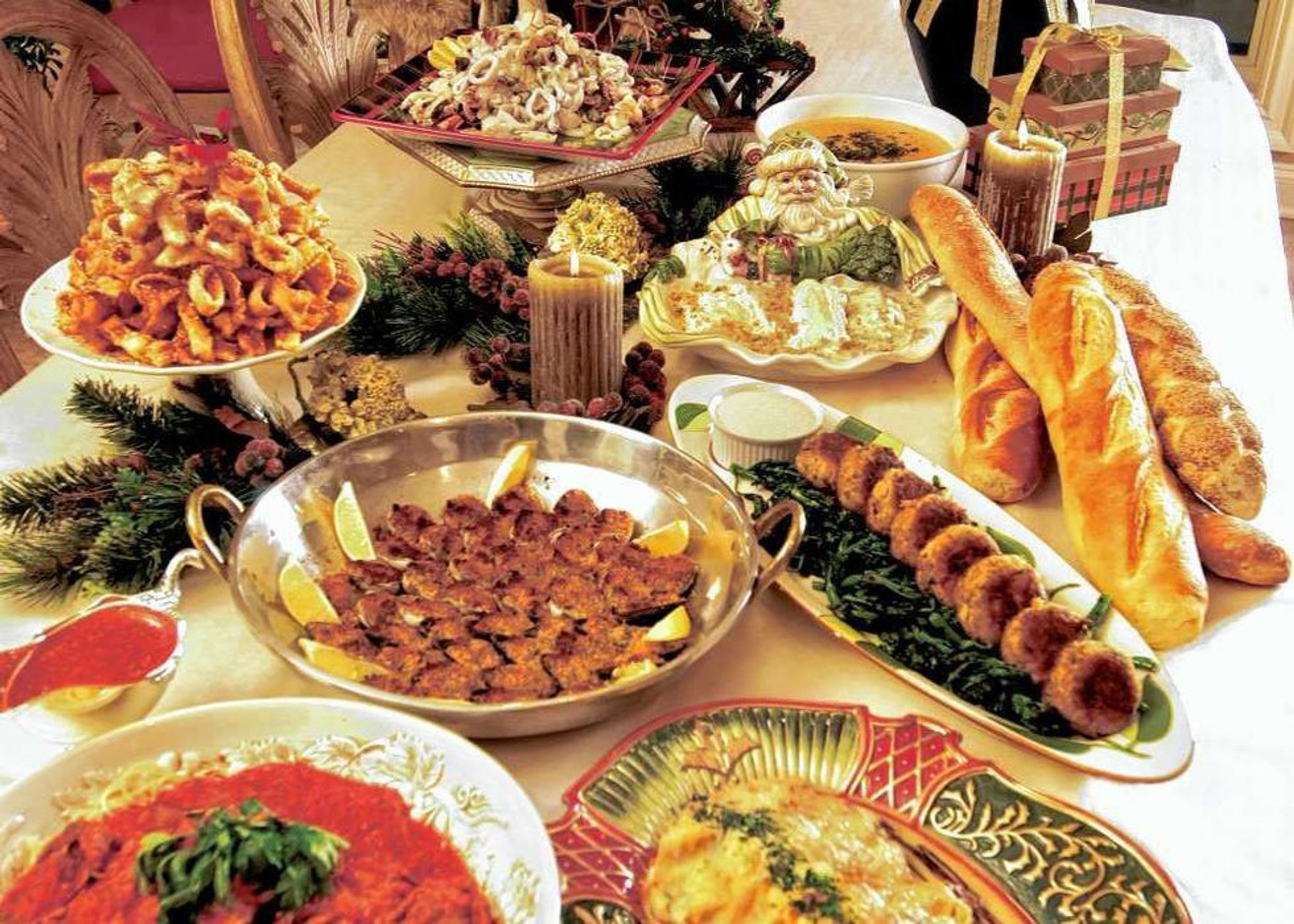 My whole life, Christmas Eve has been overlooked by my friends. Some attend mass while others simply stayed at home because the day of most importance was Christmas. I could never seem to relate to them. Of course, Christmas Day is a huge deal in my household, but any other Italian-American would agree: Christmas Eve is where it's at.

Yes, I'm so Italian. If the last name doesn't give it away, five minutes in my house will, where there's a crucifix in every room and my mom says "galamad," not "calamari." But what isn't as well known is that Italians also go hardcore for Christmas Eve, specifically for the Feast of the Seven Fishes.

The Feast of the Seven Fishes, or Festa dei Sette Pesce (or in some areas of Italy, it is simply known as The Vigil, or La Vigilia), is an Italian tradition in which families eat an abundance of fish on Christmas Eve and abstain from red meat until Jesus Christ is born. This practice also commemorates the wait for the coming of Jesus Christ, or La Vigilia di Natale. Originating from southern Italy, this age-old tradition has been practiced by millions of Italians every year, including my family.

Over the years, my family has learned to tweak the celebration to attend to everyone participating. First of all, there's not seven different fish platters. Not enough people in my family eat fish, and it's simply too much food. The meal starts off with angel hair pasta and your choice of either plain red sauce or red sauce with crab.

After, the next course consists of chicken, lobster, clams, fried shrimp, shrimp scampi, mussels and a white fish of some sorts, along with various sides such as roasted vegetables and sausage with peppers. And then for dessert, the feast ends with whatever people decide to bring, which is usually fruit, cookies, and cake.

For a non-fish eater like myself, Christmas Eve is a little challenging at times, but it's a tradition I wouldn't trade for the world. It wasn't until I grew older that I really learned to appreciate this holiday.

The night is spent among family members all laughing, talking, drinking red wine and simply just being together. The kids run around while the adults spare a few minutes to catch up with each other. My uncle slips me red wine because "you deserve it and it's good for you," and I'm bombarded with questions of how school is going and if I have a boyfriend yet.

From years of feeling a little odd because I didn't fit in with my friends and their Christmas Eve traditions (or lack thereof), I'm proud to come from a family that celebrates their diverse culture, and I'm counting down the days until I get to gather with my family to practice an age-old tradition. You can keep your Christmas Eve consisting of Chinese takeout and watching "Elf" on repeat because I've never been more proud to be Italian.