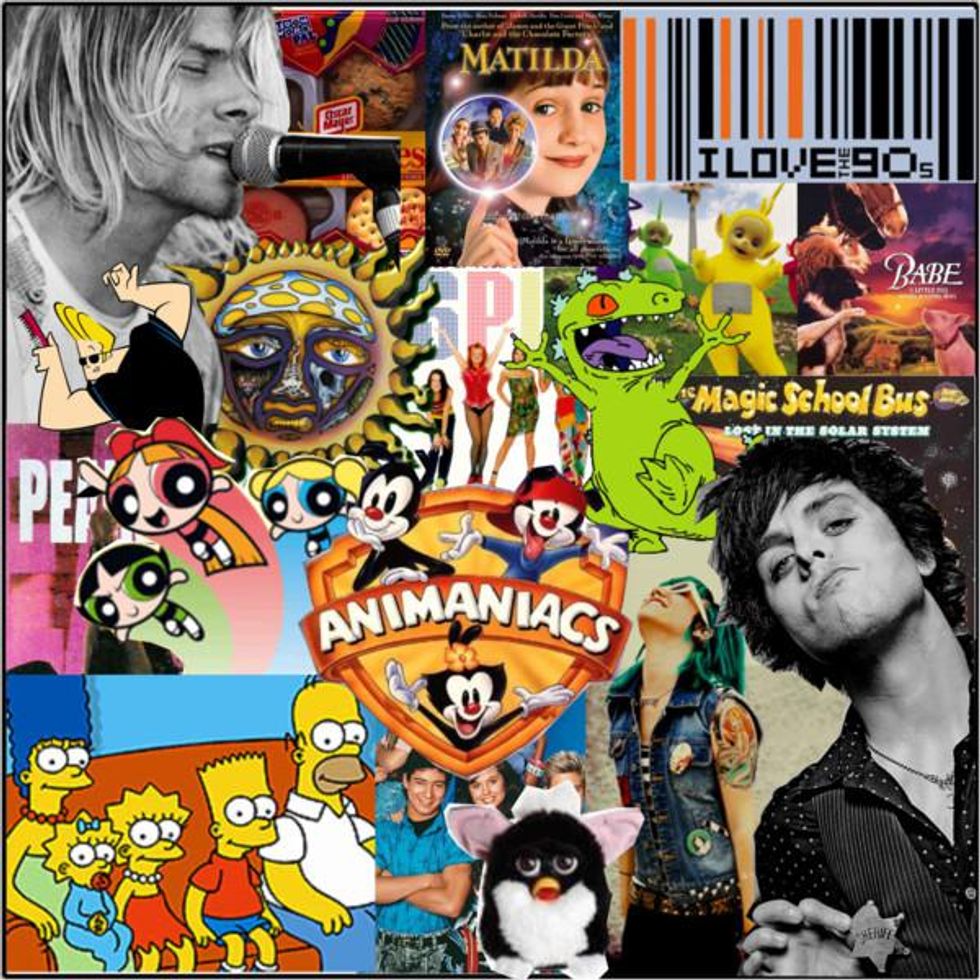 The decade where I got to experience the fun of playing outside, visiting theme parks, and reading physical books to learn things is something I'll never forget. The late 90's and the 2000's were the best years of my life.

Being born in the 1993, I would spend time reading books, but also enjoyed Disney movies, and the television series Recess, TMNT, Batman: The Animated Series, Pokémon, and other animated films and cartoon shows that kids of this generation will never get to fully appreciate.

Going to the park with my family and having fun at the playground is one of my favorite memories.

During the summer, my grandpa would take me to the Public Swimming Pool near by house. Learning to swim was fun, but I especially loved playing on the swings at the playground next door, which was similar to the playground set I had gotten for my birthday.

After completing my homework assignments, I would spend time reading a fun book, watching television, doing sports or playing Nintendo.

Some of the books I enjoyed reading were The Magic Treehouse series, Harry Potter, and A Series of Unfortunate Events. Other times, I would play baseball with my grandfather in the backyard or fun Nintendo games like Super Mario.

My family always had fun activities planned, even when the weather was bad.

When it was raining outside, my choices of fun were either playing board games or video games. Usually, I would go the latter, but Candy Land, Operation, Sorry, and Monopoly were my top choices when we played games together.

I was introduced to music through films, radio stations, Guitar Hero, and MTV.

Back when people were still buying CDs, and watching videos on YouTube, I would listen to popular songs on the radio and Music Television. Smash Mouth, Shakira, Aaliyah, Fountains of Wayne, and The All-American Rejects, were my favorites.

The library had all the information that I needed.

When I was learning vocabulary words or doing research, I would find the assistance I needed from the school or Public Library. Teachers taught using overhead projectors (and then PowerPoint presentations) which was simple and easy to follow.

Capture the flag, basketball, soccer, and badminton were the most fun sports during gym class.

Playing tag was fun in elementary school, but my favorite sports growing up were basketball and badminton. In Middle School, I played in a basketball league, and my team won the championship. Playing sports motivated me to maintain a healthy lifestyle.

Going to the cinema and seeing my favorite characters brought to life was an amazing experience.

Before Netflix arrived, I appreciated having the opportunity to see movies based on my favorite characters like Harry Potter and Batman.

My computer, gaming systems, music player, and VCR were some of the coolest technology at the time.

I grew up during the decades where people limited the access they had to the technology available. We did not rely too much on electronics, and instead communicated with each by making a phone call, sending an email or talking in person.

Kids used their imagination and played outside. They still found things to occupy the time if the internet was not working.

Out of everything, the thing that I loved the most about being a kid of the 90's and 2000's is adapting to the advancement of technology, being grateful for what was available at the time, and learning to accept the transition of innovative ideas instead of just waking up in a world filled with cutting-edge technology and not caring or appreciating about how it all came to be.