The white house gets a lot whiter. 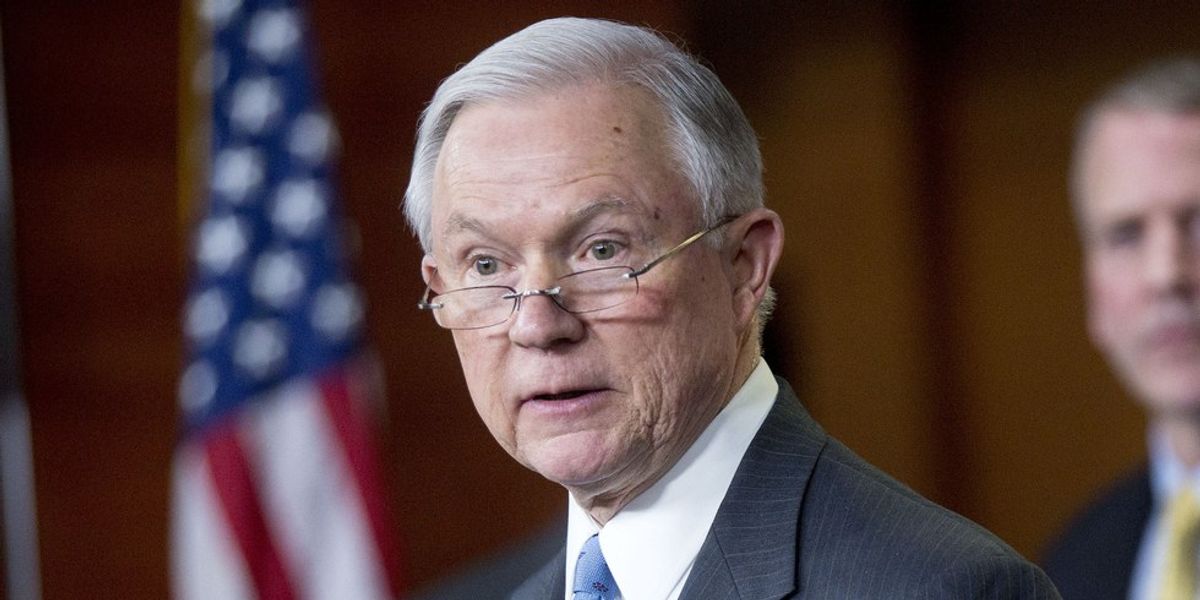 There’s a lot of noise that’s been made about Steve Bannon, CEO of Breitbart news, guy-who-definitely-tries-to-run-over-squirrels-with-his-SUV, and Trump’s appointed Chief Strategist. Bannon has basically spent the past four years turning Breitbart news into a voice for the alt-right, publishing headlines like “Would you rather your child had feminism or cancer?”, “Gay rights have made us dumber, it’s time to get back in the closet," or “Birth control makes women unattractive and crazy.” So, while I absolutely agree that we need to scream about how terrible this troglodyte is, it’s also important to keep an eye on the other people the man who promised to ‘drain the swamp’ has selected to fill out his cabinet.

Let’s start by moving past Steve Bannon and look at Trump’s Chief of Staff: Reince Priebus. Currently, Reince Priebus is the Chairman of the Republican National Committee and is generally understood as a traditional establishment Republican. He graduated from the University of Miami in 1998, worked as an attorney in Wisconsin until he was elected the chairman of the Wisconsin Republican Party in 2007, and was elected the chairman of the RNC in 2011. He has also helped the political careers of other establishment Republicans like Paul Ryan. His appointment is about as far from “draining the swamp” as you can get, but at least he’s not openly racist (which, apparently, is the bar now).

Moving on, we have our new National Security Advisor Michael T. Flynn. A registered Democrat, Flynn is a retired Army lieutenant general and has previously served as the head of the DIA, before being fired for incompetence (his subordinates even came up with a name for his loose relationship with the truth, dubbing his false assertions ‘Flynn Facts). He has vocally supported working with Putin, led crowds in chanting “lock her up” during the RNC, and is very vocal about his belief that we are fighting a “world war” against Radical Islam. With that said, he is also (apparently) well respected within the Republican establishment, who see him as a “maverick,” and did predict the rise of ISIS when other members of the Obama administration had dismissed the idea that the Islamic State was a serious threat.

Next up, we have the new Defense Secretary, James N. Mattis, who led the United States Central Command from 2010 to 2013, before the Obama administration cut his tour short. A retired Marine and outspoken critic of the Obama administration, Mattis has been very vocal about his belief that our military needs to be more active in the Middle East. He is also a critic of policies that would encourage working with Russia, has told Trump that torture does not work, and has received an outpouring of support from John McCain.

And now, let me introduce your new Treasury Secretary, Steven Mnuchin. A former Goldman-Sachs investor and Hollywood Producer, Mnuchin has literally no public policy experience whatsoever. He did, however, raise millions for the Trump campaign, but there’s no way that could have influenced Trump’s decision, right? In short, he’s a hedge fund banker who worked for Goldman-Sachs for almost 20 years, before going to Hollywood and working as a producer on movies like Batman V. Superman.

Transportation Secretary Elaine L. Chao. The only official to survive a full eight years with the second Bush Administration, Chao holds a position on the board of Wells Fargo, is a regular contributor to Fox News, directed the Peace Corps for George H. Bush, and is married to Mitch McConnell. She has been in Washington since serving as a White House Fellow under Ronald Regan, and is a far cry from ‘draining the swamp.’ With that said, she must be damn good at what she does to have lasted this long.

The new head of Health and Human Services, Tom Price, is a Republican Senator from Georgia who opposes things like abortion rights and regulations on tobacco. He is also a member of the Association of American Physicians and Surgeons (AAPS), a fringe conservative group that opposes evidence-based medical practices because they “usurp the autonomy of physicians," and published an article in 2008 accusing Barrack Obama of using “a covert form of hypnosis” to trick people into voting for him.

Next up, we have Wilber Ross, your new Commerce Secretary. Ross is a billionaire investor known for restructuring failed companies in the steel and coal industries. He specializes in buying and restructuring bankrupt companies and his accomplishments in the private sector are well documented. Again, his lack of policy experience raises questions about how these skills will transfer to government.

Education Secretary: Betsy DeVos. The former chairwoman of the Michigan Republican Party, Betsy DeVos is an outspoken education activist. She is one of the country’s foremost proponents of charter schools (which are generally pretty terrible), is vocally opposed to standardized, public education, and has talked in the past about how education reform can “advance God’s Kingdom.” Finally, she is (obviously) a member of the DeVos family, one of the most prominent and wealthy donors for the Republican Party (not unlike the Koch Brothers).

U.N. Ambassador: Nikki Haley. Governor of South Carolina, Haley was critical of Trump for not speaking out against white supremacy more forcefully. She refused to sue Obama in an attempt to block the resettlement of Syrian Refugees in her state, but also signed legislation to oppose a pro-Palestinian divestment plan and describes herself as pro-life, a stance possibly conflicting with the UN’s goal of advancing reproductive rights.

Mike Pompeo, a Kansas congressmen, is the new head of the CIA. He is an outspoken critic of both the Democratic party and Hillary Clinton and spearheaded the committee investigating the 2012 Benghazi attacks. This investigation, of course, took longer than the Watergate investigation did, and found no wrongdoing on Hillary’s behalf. There have also been questions raised about his ability to perform this job, as the head of the CIA is supposed to act independently of any political affiliation.

And, finally, we come to Jeff Sessions, a Republican Senator from Alabama and Trump's first choice for our new Attorney General. He’s a vocal climate change skeptic and was denied a position as a federal judge because an investigative committee found that he used the n-word and joked about the KKK. He also has a long record of opposing LGBT rights and is adamantly anti-marijuana legalization. In short, this man is terrible.