The policy reversal demonstrates the Trump administration's unwavering support for Israel, even in the face of international criticism. 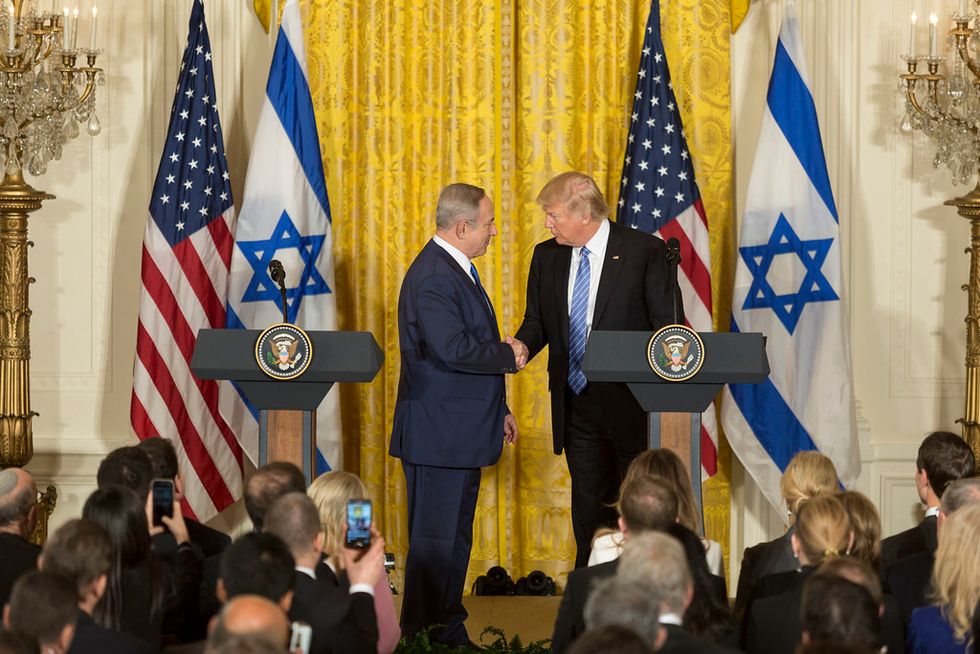 Decades of American policy were reversed on Monday, November 19 as Secretary of State Mike Pompeo stated the U.S. would no longer consider Israeli settlements a violation of international law.

The United States previously has maintained the stance that Israeli settlements in Palestinian territories violate international law. This viewpoint has been consistent throughout presidencies since 1978 when the Carter administration determined these settlements violated international law and were a hindrance to peace efforts. Ronald Reagan disagreed in 1981, stating the settlements were not inherently illegal, though viewed them as "illegitimate," a position that has been maintained since.

The Trump administration has been consistently pro-Israel, as were previous administrations across the aisle, and this decision to legitimize settlements affirms his close relationship with Israeli Prime Minister Benjamin Netanyahu and disregard of policy precedents. Furthermore, the European Union and many members of the United Nations have maintained that Israeli settlements are illegal, making the Trump administration's shift in policy even more significant.

Why settlements are significant

The appearance and subsequent rapid proliferation of settlements began following the Six-Day War in 1967. Israel gained control of areas previously controlled by Palestinians, including the West Bank and East Jerusalem. An estimated 600,000 Israeli Jews live in settlements constructed on Palestinian lands, primarily in the West Bank. Hundreds of formal settlements with government oversight are in the West Bank, as well as many more informal settlements with government approval. Many Israelis live in settlements because they are religious Zionists who believe living there is their birthright, though many also live there because housing is significantly cheaper.

Palestinians as a people and their respective representation (primarily the PLO) over the years have voiced their stance that the presence and spread of settlements make a two-state solution, which hinges on the existence of an independent Palestinian state, impossible. This massively complex issue has lent itself to many ideas for solutions, though the international community has consistently supported a two-state solution. Many of the settlements are strategically located so that Israel can maintain a presence in what the government considers volatile environments and others are in more isolated areas to prevent a cohesive Palestinian state.

Prime Minister Benjamin Netanyahu has faced difficult reelection, for myriad reasons, and he has now failed to create a coalition large enough to form a government, twice. As Netanyahu has tried to gain support, one of his many promises is to annex settlements, accounting for almost one-third of the West Bank, increasing Israeli control. Following Pompeo's statement on Monday, Prime Minister Netanyahu said, "Israel is deeply grateful to President Trump, Secretary Pompeo and the entire U.S. administration for their steadfast position supporting truth and justice, and calls upon all responsible countries who hope to advance peace to adopt a similar position."

Concerns about the annexation prospects are rooted in the idea that if these settlement areas were annexed, there is potential for Arabs to outnumber the Jews if they become Israeli citizens. Additionally, if the same Arabs were annexed and not given full citizenship rights, it would be in direct violation of international law with severe consequences. Prime Minister's suggestion of annexation is not new, though the support of the Trump Administration provides an opportune chance to make it a reality.

Supporters of the shift in U.S. policy believe it provides a platform for negotiation over the settlements between Israelis and Palestinians directly. Pompeo stated the regard for international law is not what is going to resolve conflict, but direct negotiation and conversation between the two conflicting peoples. This decision does not come as a surprise to many as it falls in line with Trump's previous decisions regarding Israel. These include his recognition of Golan Heights as Israeli territory in April, which was contested land, as well as the recognition of Jerusalem as Israel's capital in 2017, accompanied by the relocation of the U.S. embassy.