7 Of The Most Outlandish Lies Spun By Trump's Spokespeople

7 Of The Most Outlandish Lies Spun By Trump's Spokespeople

To be a part of the Trump administration, you have to be really good at covering things up — and no one knows this as well as his press secretaries. 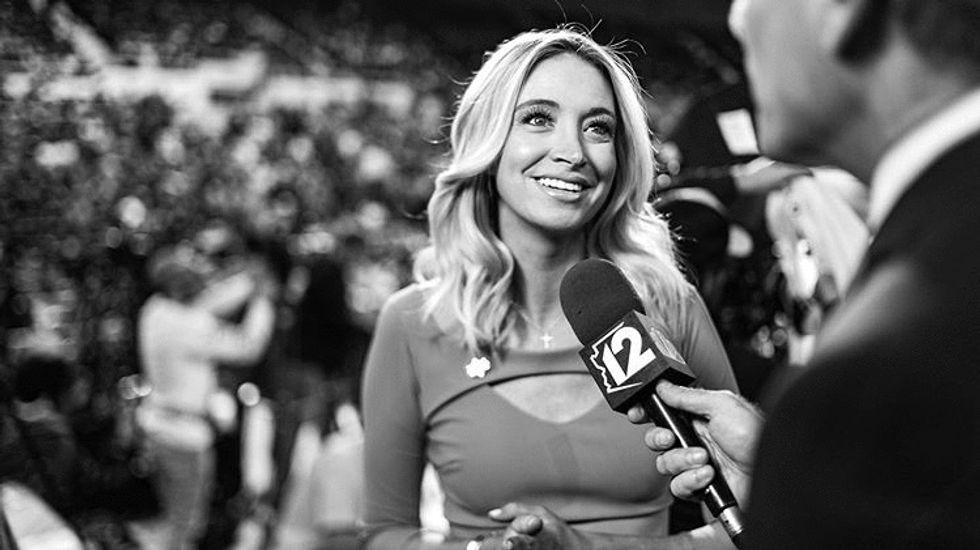 Of all the jobs in America, it's hard to imagine one more creatively demanding and headache-inducing than spokesperson for the Trump administration. Over the past three years, the president has spewed an innumerable amount of falsehoods, expletives, and blatant insults, leaving his press secretaries scrambling to preserve the scraps of his ever-deteriorating reputation.

Those in his cabinet and in his good graces don't make the job any easier, often presenting the administration with compromising issues that have to be covered up immediately. No single press secretary seems to be able to hold onto the job for long, with the newly appointed Kayleigh McEnany being the fourth since 2017.

In the spirit of recognizing the sheer corruption and blatant falsehood that has accompanied the Trump administration since 2017, here are eight falsehoods spun by Trump spokespeople to cover for the actions of him and his disreputable administration.

In 2017, Trump falsely accused former President Barack Obama of tapping his phones in Trump Tower during the 2016 presidential election. Spicer, rather than acknowledging the falsehood, chose to purposefully re-interpret Trump's accusation as involving general surveillance by the former administration (when his tweets clearly specified phone-tapping by Obama himself).

2. Sarah Sanders' denial of the existence of Trump's violent threats

In a 2017 press briefing, then-press secretary Sarah Sanders claimed that Trump "in no way, form, or fashion has ever promoted or encouraged violence," despite the president's previous comments to the contrary, including promising to pay the legal fees of anyone who engaged in violence against protesters.

On the day of his inauguration, Trump was convinced that his inauguration was the most well-attended in American history. Despite this being obviously false, Spicer backed Trump up by describing the crowd as "the largest audience to ever witness an inauguration".

In response to Trump's infamy among a large portion of African Americans across the country, Sarah Sanders claimed that Trump tripled the number of jobs for African Americans in comparison to those available under Obama, a blatant falsehood which she later admitted to.

In her very first briefing as press secretary, the newly-appointed Kayleigh McEnany proceeded to describe sexual misconduct allegations against Justice Brett Kavanaugh as "verifiably false," despite many of them having been found to be credible or corroborated in a 2019 investigation — but not proven false.

6. Sarah Sanders' fabrication of terrorists entering the country through Mexico

In an attempt to support the Trump administration's long-standing desire to severely tighten Mexican border restrictions, Sarah Sanders cited 4,000 known or suspected terrorists "that came across our southern border" in 2018.

In 2018, Trump claimed in an interview to have predicted the historic Brexit decision on June 23, 2016 a day before while in Scotland. Though Trump's tweets and location from that time confirm this is not true, former press secretary Stephanie Grisham vehemently defended this mistake so Trump wouldn't have to correct it.

And we can only expect more to come.