A Sad Time To Be A Journalist: Tronc Boots Half The Editorial Staff At The NY Daily News

Imagine showing up to work on Monday morning, only to discover that your company is booting half of its employees — and you're one of them. 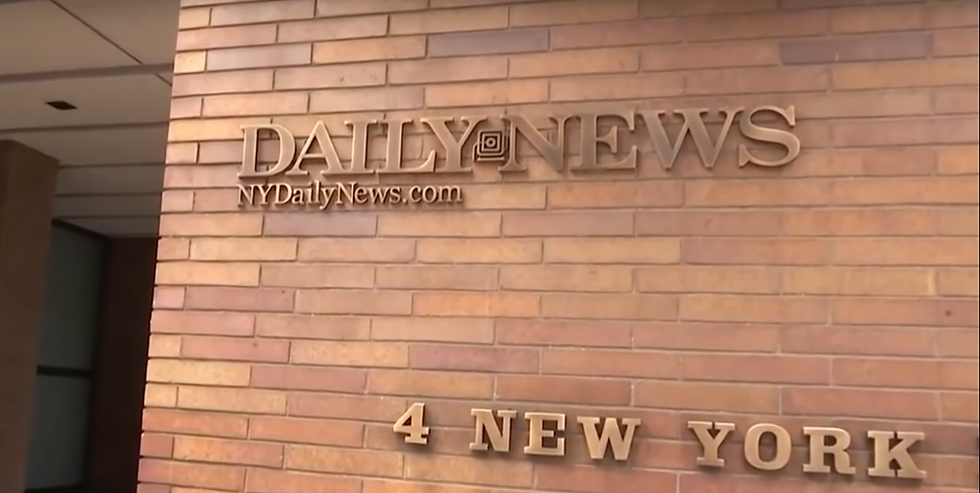 Mondays are never pleasant. But imagine showing up to work on Monday morning, only to discover that your company is booting half of its employees — and you're one of them.

That's exactly the situation that editorial staff at the New York Daily News faced this week, when a meeting was called to inform them that the company would be laying off approximately half of its newsroom. Grant Whitmore, vice president and general manager of the paper's parent company, Tronc, oversaw the meeting, telling staffers to check their emails to learn more about the company's plans to "restructure."

When the emails finally arrived, Tronc's "talent and engagement team" explained its decision to staffers by stating: "We are reducing today the size of the editorial team by approximately 50 percent and refocusing much of our talent on breaking news — especially in areas of crime, civil justice and responsibility."

Apparently, only half of the employees at the Daily News are capable of such coverage. Who knew?

In addition to doing away with 50 percent of its editorial staff, the Daily News also laid off Editor-in-Chief Jim Rich and its managing editor, Kristen Lee. Robert York, the top editor at The Morning Call, is said to be replacing Rich.

In response to the decision, Jim Rich tweeted: "If you hate democracy and think local governments should operate unchecked and in the dark, then today is a good day for you." And despite the Twitter trolls claiming that his statement is melodramatic, it's difficult for anyone who gives a damn about the future of journalism to disagree with it.

To make matters worse, Tronc also announced that it will be laying off staffers at its other papers, including the Chicago Tribune and Baltimore Sun, "today and tomorrow." And while the company claims these cuts won't be as severe, its decisions continue to raise concerns for journalists everywhere.

Job security has been a waning concept in the United States, especially in more creative fields — journalism included. But Tronc's move is particularly discouraging for anyone looking to pursue a career in writing.

Not only does Tronc's move essentially confirm the notion that print media is a "dying field," but it tells aspiring professionals that they can be callously let go without a second thought. And while the shift to digital news isn't necessarily something to frown upon, corporations are bound to use it as fuel to cut costs and do away with salaried positions.

The current political atmosphere in the United States won't help motivate young journalists either. With major political figures, including Donald Trump, constantly devaluing the field and deeming it "fake news," it's a wonder that young people even still want to break into this industry.

And how can we fight this push against journalism, when the companies that should be defending media professionals are hurting them instead?

Gov. Andrew Cuomo urged Tronc to reconsider its massive cuts, and we're inclined to agree with his stance on the matter. Additionally, communities need to push their news organizations to fight for their staffers. Otherwise, it's possible we'll soon see other companies follow Tronc's lead.