Being Transgender Does Not Mean I Want To Be Cis

Being Transgender Does Not Mean I Want To Be Cis

I am proud to be within the LGBTQ+ community, thus I want to be recognized as queer. 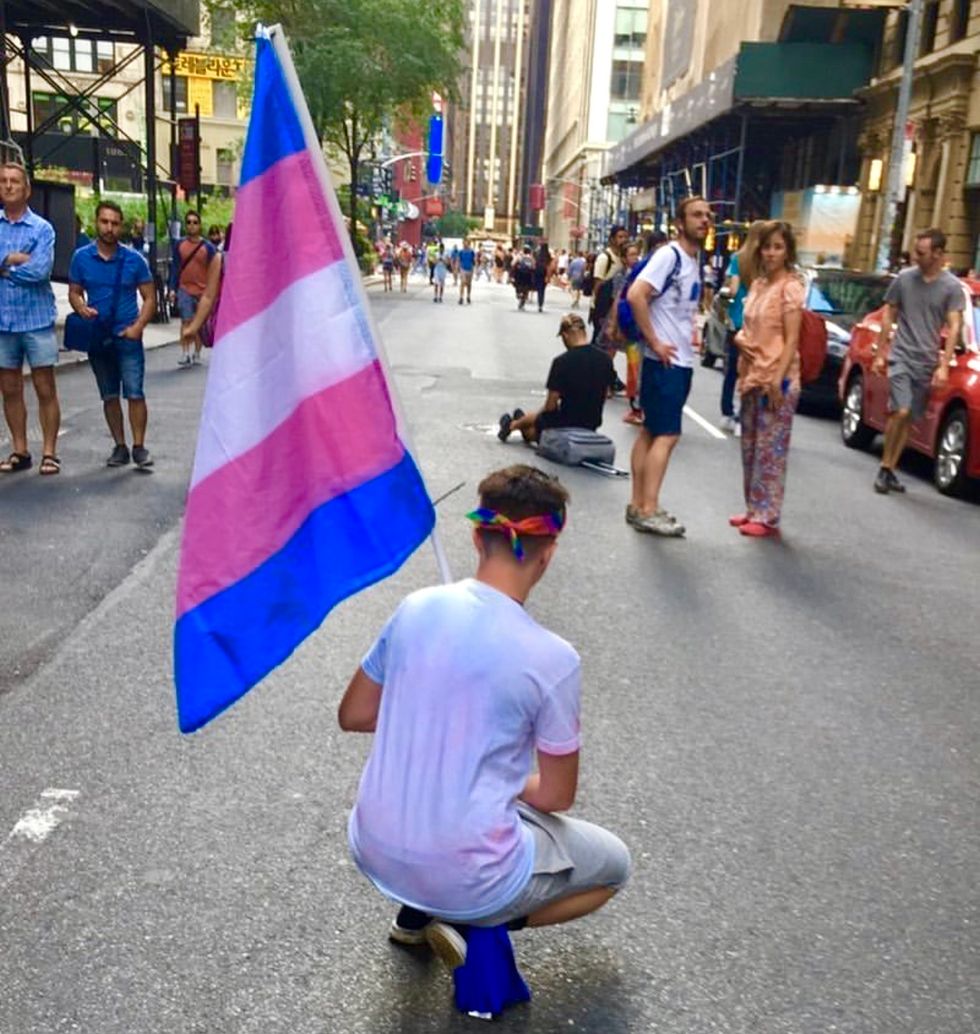 So, as I am transitioning and taking on more masculine characteristics, I have noticed a shift in the interactions not only from peers, but from random individuals as well. What do I mean by this? Well let me break it down into the following three categories: conversation topics, respect, and safety.

First of all, yes, I am still in retail. But, secondly I am working retail in the South where we sell guns. True, Dicks Sporting Goods sells guns, but the removal of the assault-style rifles has sparked many conversations. While checking customers out at the register, it is habit to ask, "did you find everything alright", but recently I have held back from asking this question because the talk of guns in the store has come up on several occasions. For me? I do not like guns. For my dad? He likes them and I respect that. Thus, I know a little bit about them because of him.

Since transitioning, I have noticed a shift in the interaction with customers, more so elder males. Before transitioning, I didn't get asked my opinions on guns or anything pertaining to civilians' rights. Why? Maybe because my voice sounded feminine as did my appearance. Let's face it who wants a female's opinion anyways? (I hope this was taken as a sarcastic joke.)

Now, I have had more customers talk to me about their opinion on Dicks Sporting Goods removal of certain rifles. Why? One reason could be the physical appearance I give off. Thus, living in the South, physically being perceived as a straight white male, and being the one to sign off and check out any fire arm, I have had many awkward interactions because I can't help but think they perceive me as a "cis" male. Literally, these individuals speak their mind about "our country our right" and I just stand their holding my opinion back.

Why? Because there have been many incidents where not just members of the LGBTQ+ community, but other communities have been victims of violence due to guns. And it is not that I want to make light of the use of guns, but there is a fine line of stating my personal opinion and my job needs to be separate from that.

I Am Respected More

When I identified as a lesbian and had the female characteristics, many inappropriate jokes were made about how I "came to be" a lesbian. I won't go into further detail, but in no way did that have anything to do with how I began to date females. Since transitioning, I have been respected more.

However, I am beginning to recognize the "male dominance" and I am not sure I agree, nor like it. For example, a random individual told me about his relationship. He furthered the conversation by stating, "She learned not to talk to me like that anymore," and I couldn't help but feel disrespected. Personally, I wanted to rare back at him. Why? Because I too was female and females are not cowards. Females are just as independent and strong as males. However, being recognized as a male, the individual was clueless on who he was saying what to. However, I'm sure I was seen as a pubescent boy. Thus, putting me one step ahead of a pubescent female.

Now, I cannot sit here and state I have never made a disrespectful or inappropriate joke, but it put into perspective the differences in respect of the two binary genders. I am aware of females and their insecurities and I am aware of the LGBTQ+ community in that respect. But, still, there are times where I have to rethink my jokes and I have had to apologize on occasion for them being over the top. I am literally two "genders" in one body...said no "cis" person ever. (Lame attempt at a joke because I am no comedian).

For The Love Of Safety

I constantly have to remind myself that society does not see me as how I identify. It is none of their business as I am living my life as I wish. However, I am cautious of what I say around certain individuals, not because I care about their opinions, but I am concerned about my own safety. Not only is it the physical safety, but it is also the verbal and nonverbal safety I need. What do I mean by verbal and nonverbal? Well, verbal is pretty clear due to the day to day most of us use to interact and communicate with each other whereas nonverbal are the body vibes given off.

While I may think I can handle any form of physical contact (gym gains), I struggle with the verbal and nonverbal abuse I have received. There have been many derogatory comments made when I have gone into the "wrong" bathroom and other nonverbal ques suggesting I am a bother when I am blatantly standing, minding my own business. Too many individuals are concerned about "what" I am (as though I am not human) as opposed to who I am. I sometimes feel unsafe because of that.

Allow me to stare at you for no apparent reason and have someone ask you if they were in the right bathroom as though they didn't see the sign before heading in. Thus, I could state I am transgender, but its safest if I go along with society and agree that yes, in fact, they are in the men's restroom looking at a man or yes, they are in the female restroom looking at a female. Because I am non-binary, I lean both ways. (Add the emoji with their hand propped at a ninety degree angle) For the love of all safety, why do we need two gendered bathrooms if we could all just have stalls instead? Food for thought: we are lucky to have toilets, plumbing, and some sort of privacy whereas other places do not.

Safety is not something I take lightly because I cannot "expose" myself to society just yet. Why? LGBTQ+ individuals are still fighting to be seen as human beings in some instances. Call this extreme, but trans rights are human rights and humans are constantly being attacked, LGBTQ+ or not, safety is a worldwide issue that has not stopped. Love is love.