I Read The Top Ten Classics Based On An Algorithm, And Here They Are Ranked From Best To Worst

Now you don't have to waste your time if Doug from World Lit tries to pressure you into something you don't want to read. You'll already know it probably sucks! 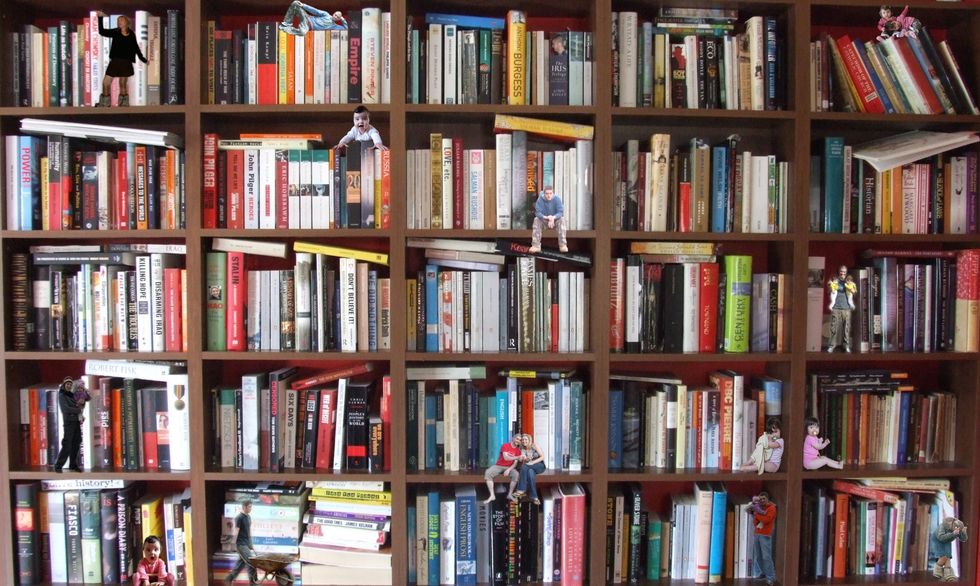 If you know me personally, you'll know I'm a reading fiend. My bookshelves are always full, and when I was younger, I'd spend countless hours at the library instead of hanging out at the pool. Books are my escape, and the worlds I throw myself into are my happy places.

As I sat and pondered a few months ago on what to read next, I thought about brushing off an old classic to culture myself. I tend to stay away from the classics; most of the time, they're too hard to read. It's not that I don't understand them, it's just that the wording is so heavy that my ADHD brain can't pay attention long enough to finish them. That's why I usually stick to crime and suspense novels; they're easier to follow, full of cliffhangers, and keep me coming back for more.

Anyway, I didn't know where to start when it came to the classics. There are so many and so many people are opinionated on the topic, I decided to use a website that would take the hard work of crowdsourcing opinions away so I could get started. I was pretty disappointed in what the list came up with, but I wasn't about to back down from a challenge. Here are the 10 best books that I've ranked best to worst:

It's split up into three parts, the most famous part being "Inferno", which I had read and loved. It's pretty dark, but the storytelling makes it feel almost fairytale-like, and the writing is beautiful and charismatic. My version also had illustrations, which helped in parts that didn't make much sense. If you're thinking that the illustrations were the main reason this book is ranked so high, you're not too far off.

In short summary, the book is about a man named Dante who is lead through the nine circles of Hell, what he sees, and what he experiences. Like I said, it's pretty dark, so if you're not into that, this book may not be right for you.

"One Hundred Years Of Solitude", Gabriel Garcia Marquez (ranked at #9)

I might have to give this one another read. It's one of those books where it doesn't make much sense until you really read between the lines. Nevertheless, I loved it. The underlying themes of life, death, and the beyond all tied together under a little town was something I've never really read in the past. I'll definitely be coming back to this one.

I'm a bit of a cheater. I've already read the book in its native Spanish AND I saw the movie, but when I saw this copy at Barnes and Noble on sale, I bought it anyway. It's just as good as I remember!

I'm sure most of you have seen the movie. The book is better.

This book wasn't as bad as I thought it was going to be, although it was ridiculously slow. This one is about different Russian families and their experiences with Napoleon invading Russia, if you're into that. I probably won't read it again.

How this book was ranked at #1 is beyond me. About the narrator's childhood life and adulthood, this one was pretty lackluster, but it wasn't too hard to read. I definitely wouldn't read it again but I don't have much of an opinion on it. Sorry!

Like I stated before, my ADHD brain can't stand when I'm reading a book too long with words that are too dense. Unfortunately, that was the case with this one. The story was fine, but it was so slow in the beginning that I gave up on it about halfway through.

Maybe it's because I was forced to read it previously, but I was never able to enjoy this one. I won't make it last place due to cultural significance, but it's still pretty low.

I was hoping to rank this one higher because I'm writing on Odyssey, but I couldn't. The pace was slow, and it was a bit hard to understand, even though I enjoy a challenging read. I couldn't finish this one, unfortunately. If you enjoy Greek adventure novels, you may like this one.

Based on the cover, I thought this book would be similar in nature to "The Divine Comedy", but it wasn't. Oh boy, it wasn't.

This book was so slow and so dense that I was basically skimming the entire thing just to be rid of it. With that noted, I feel like I couldn't give it an accurate ranking, but I know it sucks, so it's coming in last anyway. All I can tell you is it's about some dude in Dublin and the entire book takes the course of one day. How James Joyce managed to make a 700-page book about one day is astonishing and it should have been illegal.

People actually make how-to's on how to read this book. That alone makes it the worst book, not only on this list but in the universe. Next!

10 Pros And Cons Of Dorm Living

The 'October Horror Movie Challenge' (A.K.A. The Best 31 Days of the Year)

5 Med School YouTubers Who Helped Get Me Through My 8 A.M. Pre-Med Classes