To My Generation Of Millennials
Odyssey
CurrentlySwoonLifestyleHealth & WellnessStudent LifeContent InspirationEntertainmentPolitics and ActivismSportsAdulting
About usAdvertiseTermsPrivacyDMCAContact us
® 2023 ODYSSEY
Welcome back
Sign in to comment to your favorite stories, participate in your community and interact with your friends
or
LOG IN WITH FACEBOOK
No account? Create one
Start writing a post
Politics and Activism

To My Generation Of Millennials

Where did we go wrong? 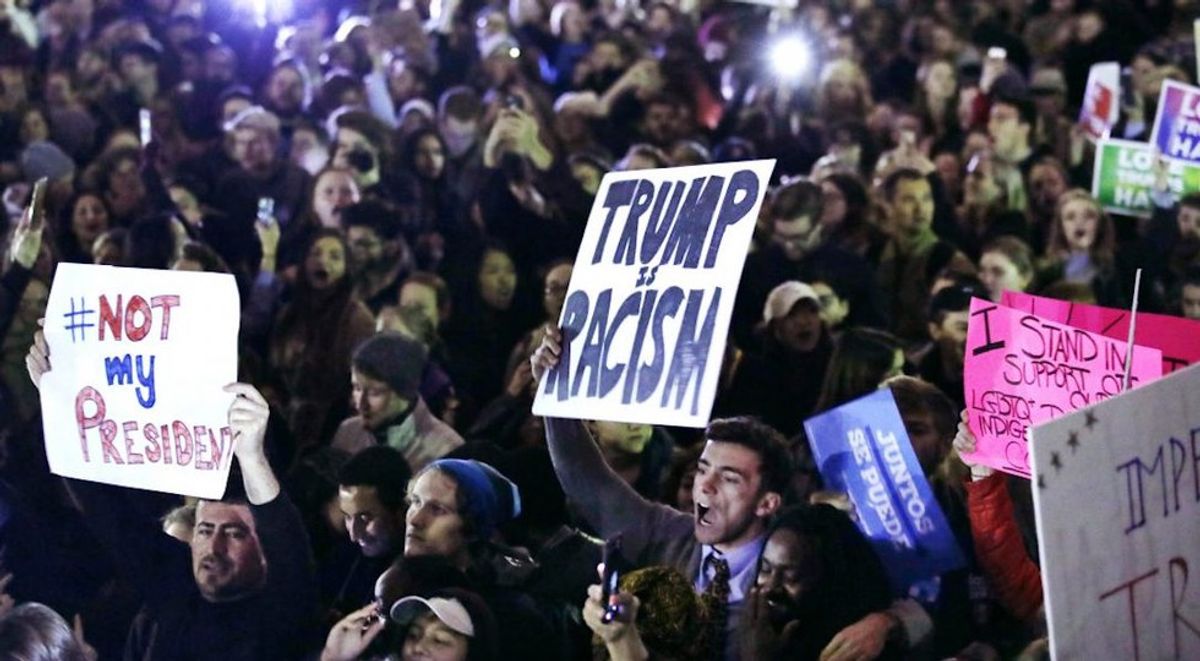 I see a lot of bravery in you. The bravery to stand up for what you believe is right, and I commend you on that. However, I'm very ashamed to be a part of what people know as "the Millennials."

It's hard for me to sit at this computer right now and type this without feeling some type of way. What went wrong with us? We grew up the way generations before us did. We went outside and climbed trees, and we would ride our bicycles around the neighborhood until sunset and then Mama would call us in for supper. We didn't have cellphones to keep us indoors, and anything on the TV was what Mama or Daddy wanted to watch.

We had sleepovers with our friends when we got a little older. The girls would paint each others' nails, and the boys would play video games. We played sports, or were involved somehow in activities that didn't involve selfies or Snapchat. Every morning at school, we stood up tall and proud and placed our right hands over our hearts as we recited the Pledge of Allegiance to that beautiful red, white, and blue flag. Following, we stood in silence so that we could take a moment for prayer.

Throughout our childhood, and into our teenage years, they asked us where we saw ourselves in five years. We more than likely answered with college, or with a job. I never thought that my five years later would consist of me trying to defend our nation's flag and the humanity within the nation.

Donald J. Trump is the 45th president of the United States of America.

For some that statement, and fact, is like candy to their ears. For others, it's like nails on a chalkboard, but why? Where did we go wrong as a generation that the older generations cannot stand us? When did we go from accepting others and their beliefs, to marching around demanding justice for crimes that have not been committed and spitting and literally beating the living crap out of someone just because of a hat that they're wearing? When did we feel as though the world owes us a silver spoon in our mouths?

You march around screaming "Trump is not my president," but for what reason? Maybe you don't support him, and maybe you didn't vote for him. However, if you are a citizen of the United States, then he is in fact your president, too. Keep in mind that when two candidates run for president, only one will win. Every. Single. Time. Regardless of who the president is, you have to learn how to accept losing in life. You're not going to be right every single time you open your mouth. When Obama was elected for a second term and we were old enough to vote then, remember that those that voted against him lost. We had to accept that he would be our president for another four years. We didn't go around burning down the city, destroying private, public, and federal property. And we sure as heck didn't go around beating the life out of those that did vote for him. Sure, we complained about him for months on end, all the way up until Trump's inauguration. And sure we've said some hateful things about him just as our right had allowed us to do so, and just as your right has allowed you to do so for Trump.

Let me tell you something. How do you expect anyone to want to hear you out if all you're doing is attacking their beliefs, calling them racists, bigots, and whatever other hateful name you can spew out of your pea sized brain? And this goes to both sides, liberals and conservatives. How can you justify burning our nation's flag, the very flag that our military brothers and sisters fight so hard to defend? When you burn that flag, what are you trying to prove? Are you just trying to get attention? You succeeded, but you only drew negative attention to yourself.

There's a reason everyone is so on edge these days. Evaluate yourself and make sure that you're not the reason.