Thoughts About School Shootings from a Future Teacher's Perspective
Odyssey
CurrentlySwoonLifestyleHealth & WellnessStudent LifeContent InspirationEntertainmentPolitics and ActivismSportsAdulting
About usAdvertiseTermsPrivacyDMCAContact us
® 2023 ODYSSEY
Welcome back
Sign in to comment to your favorite stories, participate in your community and interact with your friends
or
LOG IN WITH FACEBOOK
No account? Create one
Start writing a post
Politics and Activism

Thoughts About School Shootings from a Future Teacher's Perspective 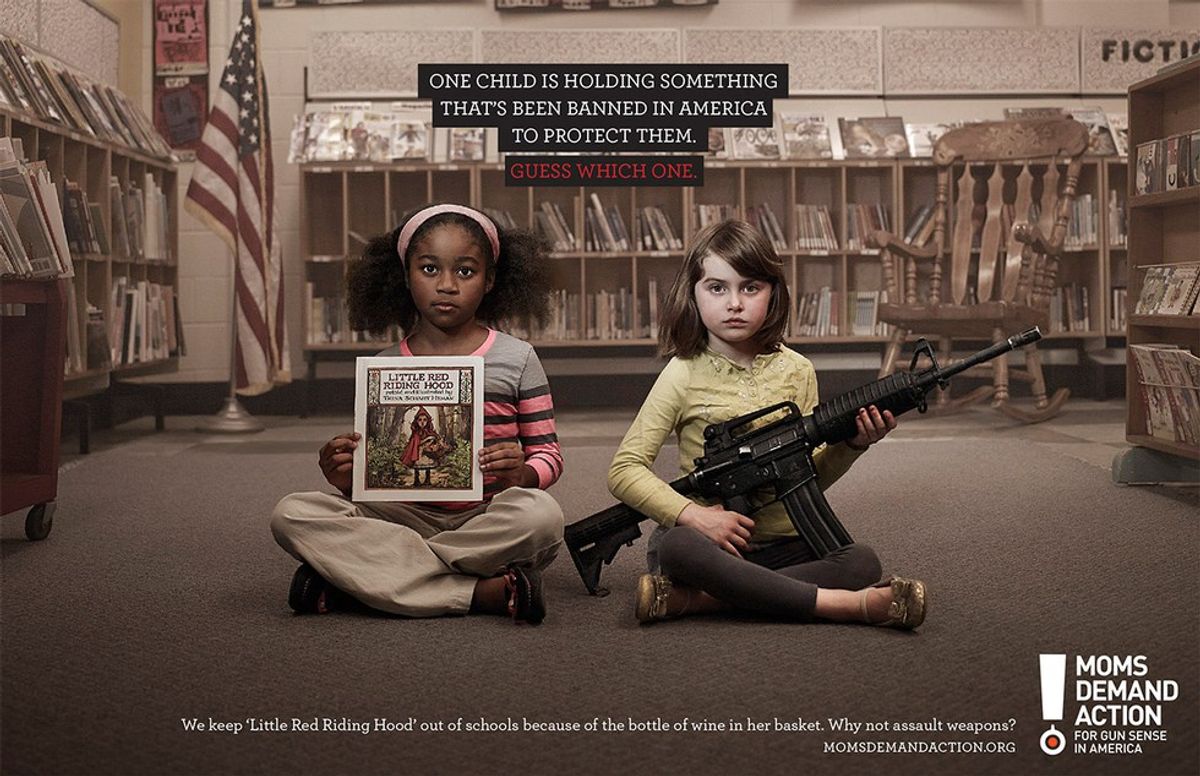 For those who are unaware of what transpired on the University of Illinois at Urbana- Champaign campus last weekend, a shooting occurred. People were injured and a young man with his whole life ahead of him died. It turned out one of the people injured was a friend of mine, and I had met the victim last spring.

But now I am thinking about the little six-year-old in South Carolina, Jacob Hall, who is in critical condition after the Townville Elementary shooting. Jacob, as well as one teacher and another student, were hit. Jacob is currently on life support (Cnn.com). According to Jezebel.com, the teacher who got shot in the shoulder, Ms. Meghan Hollngsworth, told the fire chief on the scene, “to take care of Jacob and not to worry about her.” The scary thought is that I know there is the possibility that myself, anyone in my English Education cohort, or any future teacher in this nation, could be the next educator who is quoted in a newspaper after a school shooting.

According to The Daily Illini, the shooter at the U of I was a man named Robbie Patton. Patton had previously been arrested for a shooting offense outside a local Steak n’ Shake. He was set to serve eight years’ time, but instead was let out after eight and a half months. He should have never been allowed to purchase a gun; someone who dares to open fire at a place where families go to get milkshakes for their kids’ graduations and birthdays, where teenagers take each other on dates. Patton’s release brings up a lot of issues from who we allow to be the higher ups in the legal system to what America finds deserves jail time to what it does not. The main point I am trying to make is that this person should have never been in possession of a gun in the first place. Steak n’ Shake should never have happened, and a 22-year-old should not have been murdered at my prestigious school.

Last Tuesday I was sitting in my English education class with the rest of my fellow future English teachers. Of course, we brought up the shooting from last weekend on our campus. Our professor then proceeded to advise us on what to do if a student brought a gun into our classroom and provided us with an anecdote as to when a student, albeit non-threatening, brought a BB gun into her own classroom when she was a high school teacher. She told us, “You are responsible for all of the lives in your classroom.” That is not something I took lightly, nor would I guess it was something that my peers lightly brushed off.

Sandy Hook, Virginia Tech, Columbine, Northern Illinois University, Townville Elementary, University of Illinois Urbana-Champaign. We all know that these are not the only schools that have been affected by a shooting, and sadly they won’t be the last ones. As a future teacher, this terrifies me. It terrifies me that the profession I’ve wanted to join since I was a little girl reading Berenstain Bears books to my younger sister is one that is under constant threat of death and destruction. I’m certainly not advocating for an episode of Arthur where Mr. Ratburn gets shot, but it would definitely not be statistically impossible given how virtually any school in America could be affected.

There is currently a popular rap song out called “Broccoli” by D.R.A.M. It’s catchy, it’s on the radio, it’s played at the local bars. It has the line “…”touch my gang we gon’ turn this shit to Columbine.” This song shows how desensitized we have become where we can casually sing in our cars about the suggestion of a possible repeat of the deadliest school shooting in US history (History.com).

In the fourth season of Orange is the New Black, there’s a dark joke where one of the main characters is working at a Menard’s-esque store and hands the man his sundries and his assault rifle. While that is an overdramatization of how easy it is to procure a gun in our country, it’s not totally off the mark. According to Bustle.com, after the Orlando shootings a reporter in Philadelphia got herself a gun in a matter of seven minutes to show how poorly created our gun laws are. I’m pretty hippie-dippie so in my ideal world, there would be no guns. However, that isn’t going to happen. What we need to do as a nation is to advocate for better gun laws and better gun control so that people like Robbie Patton can’t come to my campus and shoot at innocent passersby. So that little boys like Jacob Hall aren’t in a hospital fighting for their lives . So that there is never a repeat of Sandy Hook or Columbine or Virginia Tech or NIU or Townville.

I graduate in May and will hopefully obtain a teaching job for the upcoming school year. Of course, I’m scared. What if my kids don’t like me? What if I burn out? What if my boss rivals Miranda Priestly? But I also have another question that is always on my mind- what if my future school is next on the news?