14 Things I Did Not Miss About College
Odyssey

14 Things I Did Not Miss About College

Because we were all guilty of looking at our return to school with rose-colored glasses! 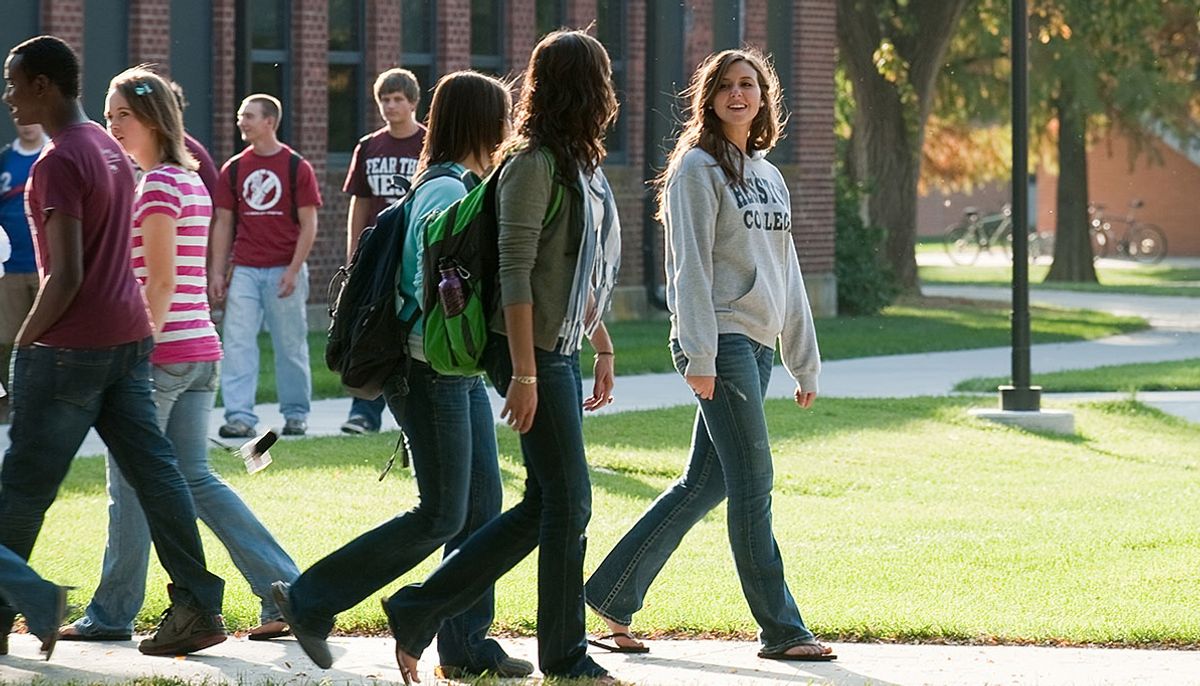 It is about that time of year where all of the college students head back to their respective universities. Everyone started counting down the days until move-in about a third of the way into summer once they realized how boring it was being home for that long. Now that I am back, even for just a couple of days, everything that I certainly did not miss about college slapped me across the face, and I am sure that I am not alone.

I wasn't necessarily eating gourmet everyday back at home, but dining hall food gets really old after about, a solid day. The food is either significantly unappetizing, or the same thing for every meal, and it gets to the point where all you wanna do is go out to eat. Oh but, that requires money...

Working during the summer is no longer evident after approximately a week at school. Suddenly you're a month into the semester and you have a whopping 34 cents in your bank account.

There is rarely a moment of silence while living that dorm life, whether in your room, in your hall, or your building. Even the library, which is, you know, supposed to be quiet, isn't quiet.

4. It Is A Sauna Everywhere You Go

Air conditioning is like a myth at college--they say it's real but I have yet to find any evidence of the validity of that claim. Whether you are in your room, in class, or walking in between, it's going to be hot hot hot!

Some people need to be reminded that they are not paying all that money to nap and party. Classes are a thing and it is usually helpful to attend those. After syllabus week, however, it seems like it takes all the energy in you to get to class.

Especially with smaller schools, drama is bound to surface incredibly fast. Summer is so drama-free (for the most part), but at school there is never a time where someone isn't doing something that is not gossip-worthy.

What do you mean we can't have tapestries!? No candles, either?

8. Routine To The Point Of Insanity

A little spontaneity never hurt anyone, but at school it's basically: wake up, rush to class, class, class, eat, class, nap, eat, cry, sleep, and repeat.

Oh, how I miss my shower. I have about a good two inches to move around in the ones here and sharing a shower with multiple people is just not my cup of tea--and neither is wearing shoes in the shower.

11. Fire Drills At The Worst Times

I was in a state of beautiful slumber the other night when I was rudely woken up by a fire drill at 4:30 in the morning...that should be illegal if you ask me.

I'd go to bed early and wake up late during the summer, and now it is going to be the polar opposite. A girl needs her sleep!!!

You're telling me I have to pay 90 dollars for a textbook? Do you know how many boxes of mac and cheese I could buy with that cash?

If I toss and turn a little too much I will either end up on the floor or getting a concussion from hitting my head against the wall.