There Is No Such Thing As Being 'Non-Political' Anymore
Odyssey
CurrentlySwoonLifestyleHealth & WellnessStudent LifeContent InspirationEntertainmentPolitics and ActivismSportsAdulting
About usAdvertiseTermsPrivacyDMCAContact us
® 2023 ODYSSEY
Welcome back
Sign in to comment to your favorite stories, participate in your community and interact with your friends
or
LOG IN WITH FACEBOOK
No account? Create one
Start writing a post
Politics and Activism

There Is No Such Thing As Being 'Non-Political' Anymore

And maybe there never was. 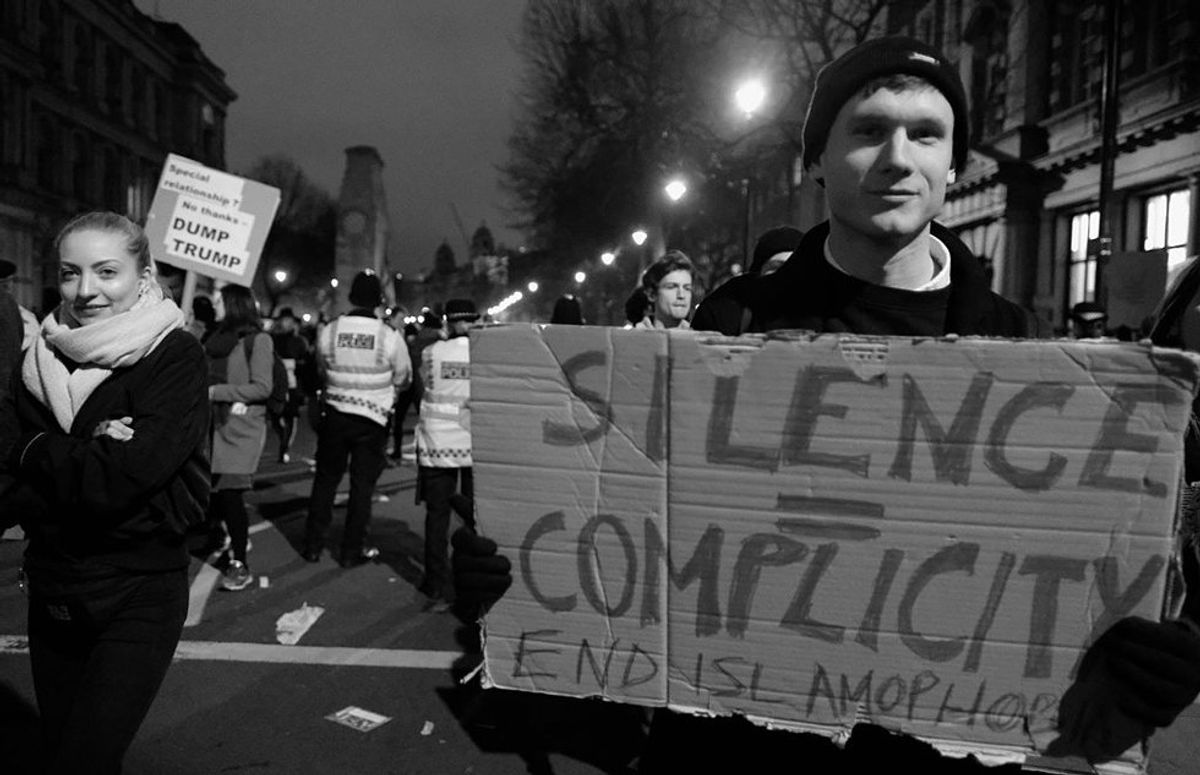 We tend to describe our political affiliations with a single word: liberal, conservative, socialist, communist. There are dozens more of these labels, all of whom evoke a lot of feelings, as well as certain stereotypes and generalizations. However, there is one claim that is likely the most misleading of the entire bunch: the label that one is "not political."

It's understandable that not everyone can be active participants in politics: a lot of people hardly ever engage outside of voting or putting a bumper sticker on their car. And much of the time, the political news is so complicated that we don't even know exactly what's happening, unless we've studied the topic extensively. But everybody is involved in politics somehow, no matter how much you know about the American government.

There's a saying common to the feminist movement that bears repeating: "The personal is political". This phrase means that everything we believe is shaped by politics. What we think are isolated issues are part of much bigger structures. For example, those who are against marriage equality often say that they just "don't believe in" same-sex marriage, as if it is purely personal. However, this is not just an innocuous belief that has nothing to do with politics. Not "believing in" the same rights for LGBT people is an inherently political stance and one that goes against many American laws and values. As much as you may think that your feelings are just opinions, there are always connections to the political world.

Rejecting any concrete position on political issues, many Americans have taken to accusing others of "identity politics," a word that was never intended to be used in a negative way, but has nonetheless joined the ranks with the likes of "bleeding heart" and "social justice warrior". The problem with this accusation is that we are all involved in identity politics. From the moment we are born, we are exposed to social messages that tell us who we are and how we should see ourselves. Even the most self-aware person isn't immune to barriers of race, nationality, sex, among others. Unless you don't have an identity, we all have political beliefs about who we think we are — and most importantly, who we think is not like us.

To everyone who thinks they can keep pretending that they don't have any political stance, you are not helping anyone. It is not a bad thing to be political! It is not a bad thing to want to fight for representation, as any history book on the founding of America will tell you, and it is certainly never a bad thing to want more equality, more empathy, more social justice. Your refusal to "take a side" is taking a side in itself, so you might as well give some thought as to where you'd really like to be standing.