The Struggles Of Being Biracial

The Struggles Of Being Biracial 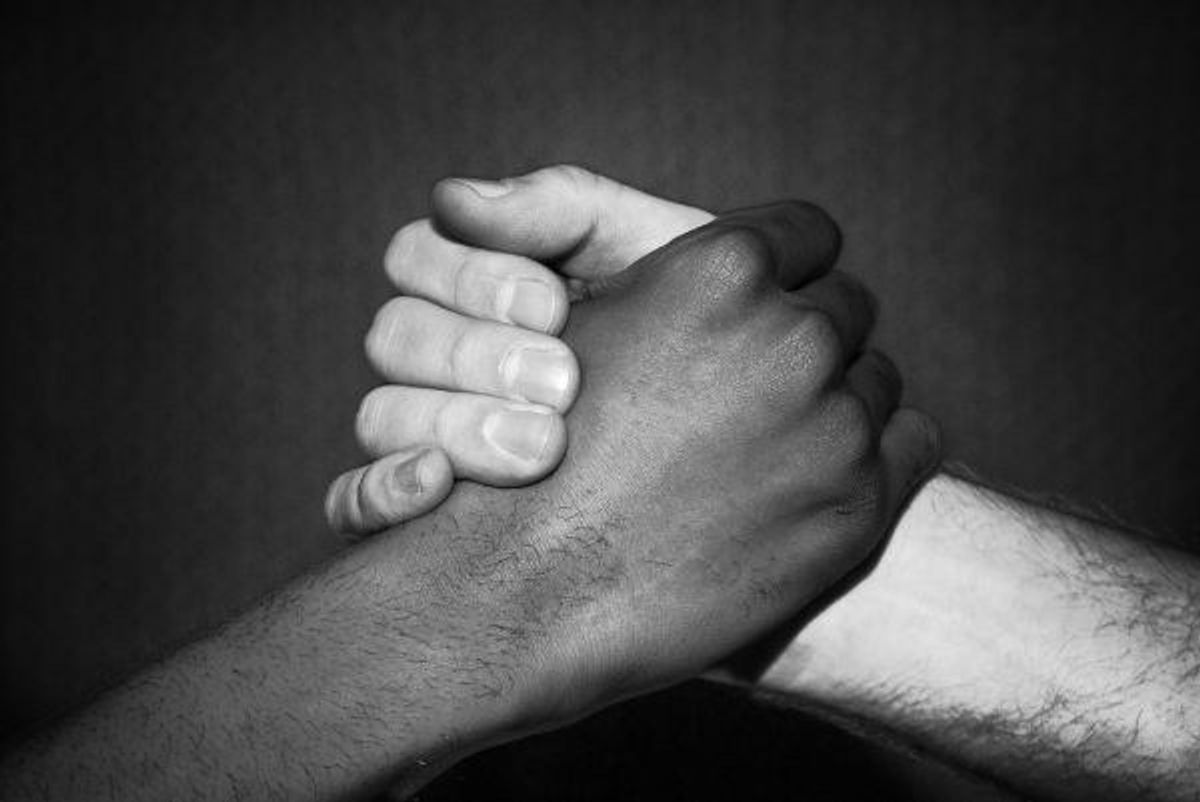 I cannot tell you how many times I have been asked this question and the same response I like to give is “I’m human.” I know it strikes people’s curiosity that I am mixed with black and white, having a white father and black mother. I have struggled with my racial identity since I was a child, feeling like there was no in-between besides it being black and white. Race is a prevalent issue, especially in today’s society in the media, seeing the Black Lives Matter movement, police shootings and brutality, etc. I grew up around black friends who said I was too “white” with the way I spoke and acted, having them presume I held myself to a higher standard and my white friends thought I was too “black,” associating me with common black stereotypes for being their only mixed friend. I still get bizarre looks on my appearance, having light skin, black facial features, full lips, and kinky, curly, thick hair that is hard to maintain. I always felt isolated from either racial group and always felt like I had to choose one over another. If I ever associated myself with one racial group more than another, then I would get backlash in my search for acceptance. I was raised to not see race, consisting of a “melting pot” family that is Samoan, Filipino, Hispanic, black, etc. According to the National Center for Biotechnology Information (NBCI), the study “Biracial Identity Development and Recommendations in Therapy,” defines race as “a category manufactured or socially constructed to distinguish a group of people based on physical characteristics.” As a child, I was raised to judge a person’s character by who they are and not for their race.

Since the U.S. census was taken in 2000, 6.8 million people or 2.4 percent identified with two racial categories, according to the U.S. Bureau of the Census. Even though the number of multiracial people is increasing, identity development still remains an issue. According to W.S. Carlos Poston’s study in 1990, the Biracial Identity Development Model, it outlines the stages biracial children will face. The following stages consist of personal identity, choice of group categorization, enmeshment/denial, appreciation and integration. In Poston’s model, personal identity occurs when a child is unaware of his or her mixed background. Choice of group categorization takes place when a child is influenced by multiple figures such as parents or peers to choose one racial group to identify with over another. During this stage, I identified with being more black than white, because that was how I was treated among my peers. I went to a high school that was 2 percent black or African American, so I was categorized in that racial group based on my physical appearance. Enmeshment or denial occurs when an individual feels at fault for choosing one racial group over another and denies the difference between both racial groups to identify with both. I am currently in this stage as I navigate through a college that is about 74 percent white and about 5 percent black or African American, according to The College Board. I struggle with the lack of racial and cultural diversity, feeling solely out of place as the 0.5 percent of multi-race students who attend my college, according to collegedata.com. The fourth stage, appreciation, occurs when an individual who identifies with one racial group may explore the other racial group and grew to appreciate it. Integration happens when an individual identifies with its multiple races. I seek to reach integration as I grow in appreciation of my mixed race.

Raised by an interracial family, I experienced social disapproval sometimes by society from both blacks and whites. I possess memories of unkind stares by strangers, questioning by others, and feelings of uncertainty as I felt different. According to the article, Normal Families Facing Unique Challenges: The Psychosocial Functioning of Multiracial Couples, Parents and Children, the formation of racial identity begins when a child understands that the color of one’s skin influences the type of groups they belong to. Multiracial individuals pose more of a struggle to develop a racial identity. Though my skin color is considered fairer, my facial features are resembled as more black. Individuals have asked me if I consider myself more white or black. According to the “one-drop” rule during the 20th century of the Jim Crow era, if any person had a single drop of “black blood,” he or she are considered to be black. This rule is specifying that I am black, yet it causes me to avoid my European heritage. I am neither black nor white. I identify with both races, because I embrace both cultures. I hear about celebrities who have struggled with their racial identity like myself, such as Mariah Carey, Halle Berry, or Barack Obama. Such prominent figures influence me to integrate both of my racial backgrounds, because I know who I am as a person, racially and intellectually.

I have been exposed to racial and cultural diversity and I feel some people I have come into contact with have been sheltered and are ignorant to such comments or insults they make that can be deemed offensive. I highly recommend that parents should talk to their children about race, instead of avoiding the topic of race. Such biases are developed to media influences of portraying common racial stereotypes and lack of exposure to multiple races. I think people are uncomfortable with the idea of multi-race individuals increasing, because mixed individuals are diminishing the biological basis of race by de-emphasizing racial stereotypes. Please, stop labeling me for either or, because I will not be confined in a box of any specific racial category based on characteristics and abilities. Please take into consideration that I face a different type of discrimination that is not often addressed. So, when someone next time asks me “What are you?” I will respectively respond by saying “I am me.”