To The Kid Without A Hometown
Odyssey

To The Kid Without A Hometown

The question I never knew how to answer as a kid 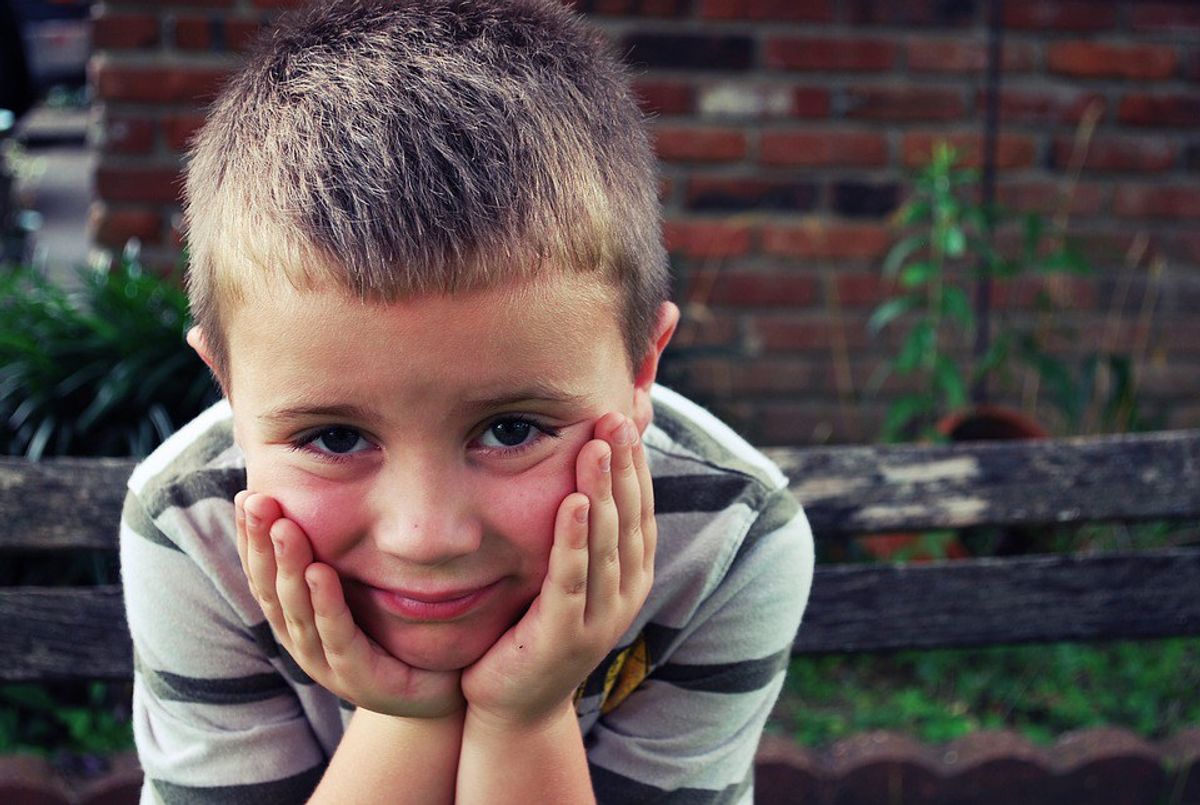 It's not a trick question. For many people the answer is easy; in fact, for most, it is as automatic as breathing. Yet for me, whenever I was asked this question by a friend or peer, I could never quite give them a straight answer.

If we chose to define the term as a place we have spent most, if not, all of our lives... then I don't really have a 'hometown' per say.

I was born in Hackensack, New Jersey. Before I was a year old, we had moved to Pennsylvania. We moved to a different town in Pennsylvania not more than a year or two after that. Not long after my eighth birthday we moved to Glastonbury, Connecticut. Three years later on to Lebanon, Connecticut and halfway through my junior year of high school we moved across the state to my most recent stop...Wolcott, Connecticut. I have never spent more than seven years of my life in one place.

For whatever reason, I was so insecure about this piece of my history that when people asked me this question, I would nervously list off my living history and then conclude by telling them I really didn't know what my hometown was.

As we moved from place to place I came across many kids, and had many friends, that had lived in the same place all their lives and had known no other place as home. I admit I was a bit envious at the ease with which they would answer this question whenever it was posed. Most would answer with great pride that they had been in one place or another all their lives.

I always felt like a drifter when I thought about this question. Like a tree without roots, unable to keep myself upright if a strong enough wind happened to collide with me.

I always thought it was just because of who I was. I've always been an outgoing person, it's just who I am, it's my nature. As I got older, I began to realize just how much of a role my environment also played in shaping my growth — how not having a real hometown was never a bad thing, like I thought it to be as a child, but simply apart of my story and an important factor into who I am today.

When someone asks me that question today? I answer with the same pride as someone who has lived and grown up in the same place all their lives. Instead of growing up in one place, I grew up in many places. I cherish each and every one of those phases of my life.

I was born in New Jersey.

I spent my childhood in Pennsylvania.

My adolescence in Connecticut and have since lived in New Brunswick, New Jersey for 5 months and spent nearly a year of my life living in Milan, Italy.

In each and every place I learned new and different things . Lessons that I have taken with me and used throughout my life, as brief as it has been.

I have garnered many dear friends from every place I have lived and a great many more whom I think of often and don't speak with nearly as often as I should.

I have met a great diversity of people, from innumerable backgrounds and beliefs. I have been exposed to more thoughts and ideas than I could articulate. I know exactly who I am even I don't know exactly where I am going.

Albert Einstein once famously remarked, "In the west we've built a beautiful ship and in it, it has all the comforts. But actually, the one thing it doesn't have is a compass, and thats why it doesn't know where it's going.."

I think sometimes its not the worst thing in the world to have no sense of direction for a time—to simply drift and observe the world around us.

I have always felt pride and confidence in who I am even though I didn't always know where I was going. I never realized this more clearly than when I went backpacking in Ireland for two and a half weeks during my year living in Italy.

I had a nine week break between semesters and, it being my first time outside of the US, I was determined to spend as much of it as I could travelling. I knew almost immediately that I wanted to go to Ireland. My mothers ancestors are from the emerald isle and I have always been fascinated with that part of my heritage. I did not know for how long or where exactly I wanted to visit, but I knew I just wanted to go.

So after spending a week in Paris, I bought a ticket to Dublin. I made no plans beyond that, I had no idea where I wanted to go or for how long, but I knew I just wanted to be there.

I ended up spending two and a half weeks living out of a backpack and saw nearly the whole of the country during that period. It was my first solo trip and I learned more about myself during that time than I could have possibly imagined.

One of the more significant nuggets of wisdom I gained was learning of a word that is well-known among travelers and wanderlust academics, but few else. I first heard it from a gentleman in a bar in Dublin; the word is 'Coddiwomple'.

The word itself is actually a verb and it means, "to travel in a purposeful manner towards a vague destination". Funny how such a silly sounding word could have such a profoundly deep meaning.

It struck me how ironic it was that I learned this word during a journey that was a perfect reflection of its' definition. I did not know that weeks earlier I had decided to coddiwomple across Ireland, but that was, in fact, exactly what I was doing and it was one of the happiest and most enlightening experiences I have ever had in my life.

When I was young, I thought not having a clearly defined goal or path for your life represented failure. Now I know that was the ignorance and naivety of my youth talking. Sometimes, it's okay to slow down for a spell. To turn off the GPS and just drive as long as there is road in front of you. To ignore the compass for a little while and just float and observe the world around you.

Some might accuse individuals who exhibit such lack of 'direction' as being lazy or slothful.

But I have also heard it said that reducing our pace of life doesn't mean one is becoming 'slower' or less ambitious. It actually means that we take out more time to regenerate, rejuvenate and re-energize ourselves.

I always thought that because I had no hometown that I was a tree standing with no roots. Unsure if I would be able to keep myself from falling over if I happened to collide with a wind of any substantial force. Experience has taught my surety and confidence in who I am as a person are my roots, even if I don't always know my next destination or never really had a 'hometown' of my own.