The Connotation Of The Blue Lives Matter Movement
Odyssey
CurrentlySwoonLifestyleHealth & WellnessStudent LifeContent InspirationEntertainmentPolitics and ActivismSportsAdulting
About usAdvertiseTermsPrivacyDMCAContact us
® 2023 ODYSSEY
Welcome back
Sign in to comment to your favorite stories, participate in your community and interact with your friends
or
LOG IN WITH FACEBOOK
No account? Create one
Start writing a post
Politics and Activism

The Connotation Of The Blue Lives Matter Movement

Sometimes people are either really rude, or just don't think through their choices. 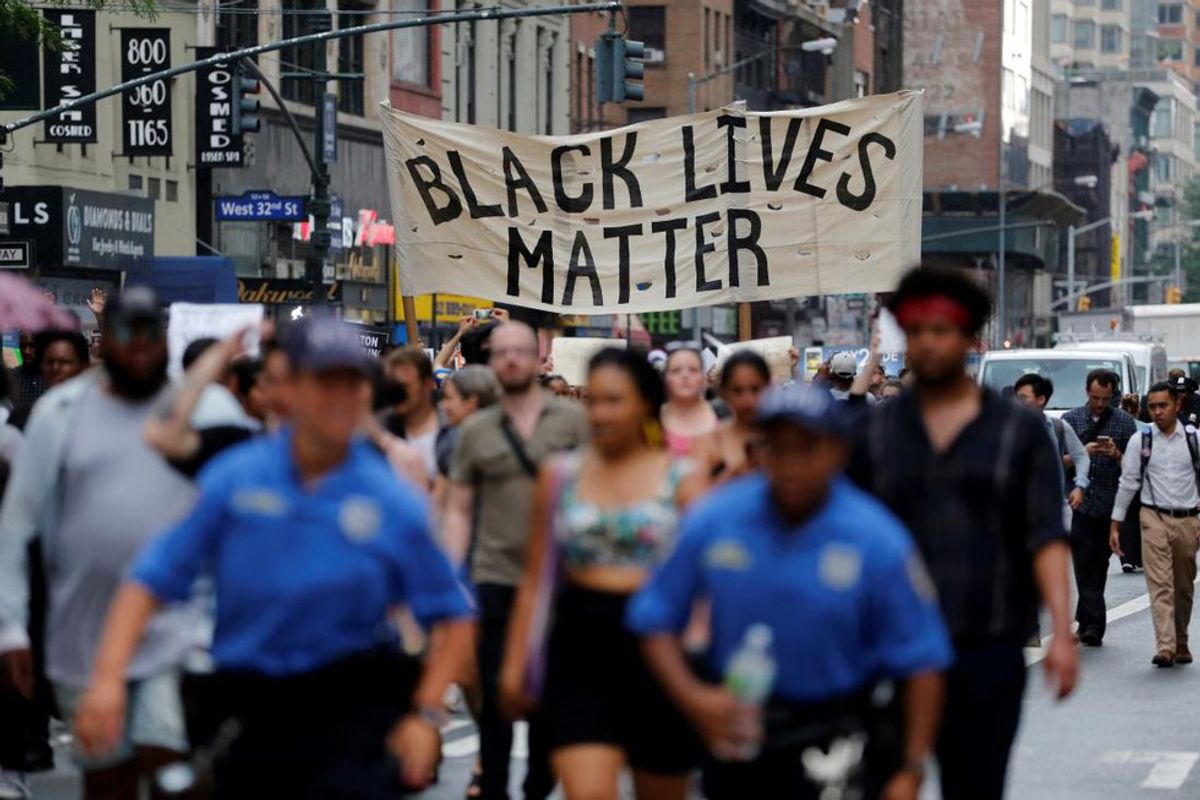 As I was driving through rural Wisconsin the other say, I saw a sign that said blue lives matter. I was immediately intrigued because I had never heard of this. Just like any other person my age I googled it and found out that it is a pro-police movement started after to NYPD officers were killed. I thought to myself why on earth did they choose the name blue lives matter? Obviously, it is a rip off of the coinciding movement of the moment black lives matter. Though the denotation of the Blue lives matter movement is to support police officers, their childish RIP on the Black Lives Matter movement drastically affects their supporters. To me saying Blue Lives Matter is almost like saying Black Lives don't matter. I would so much rather support Black Lives matter because it was started first and wasn't ripping off another movement. The Blue Lives Matter organization could so easily have chosen a better name. All lives matter. Its not about blue lives or black lives or white lives. All lives should matter. The fact that we still have to point out that black lives matter is ridiculous. It shouldn't be a question. All lives are equal and all lives matter. Personally, I think everyone needs to just get over themselves and realize that just because you have a different color skin doesn't make you any less more or better. You are all equal. All people are equal whether you make more money, whether you make bad choices, everybody is equal. We are really not that different.

So, to all of the blue lives matter supporters, I fully support the police and am so thankful to live in a country with law enforcement like this one. At the same time, why did you have to pick that name? it was a childish and rue move. To all the black lives matter supporters, I fully support that black lives do matter. I fully support all racial equality, gender equality LGBTQ equality and any other movement pushing towards an equal society. So, next time Blue Lives Matter, be a responsible human and pick a better name. Though it may or may not mean well, it definitely doesn't seem like it does.