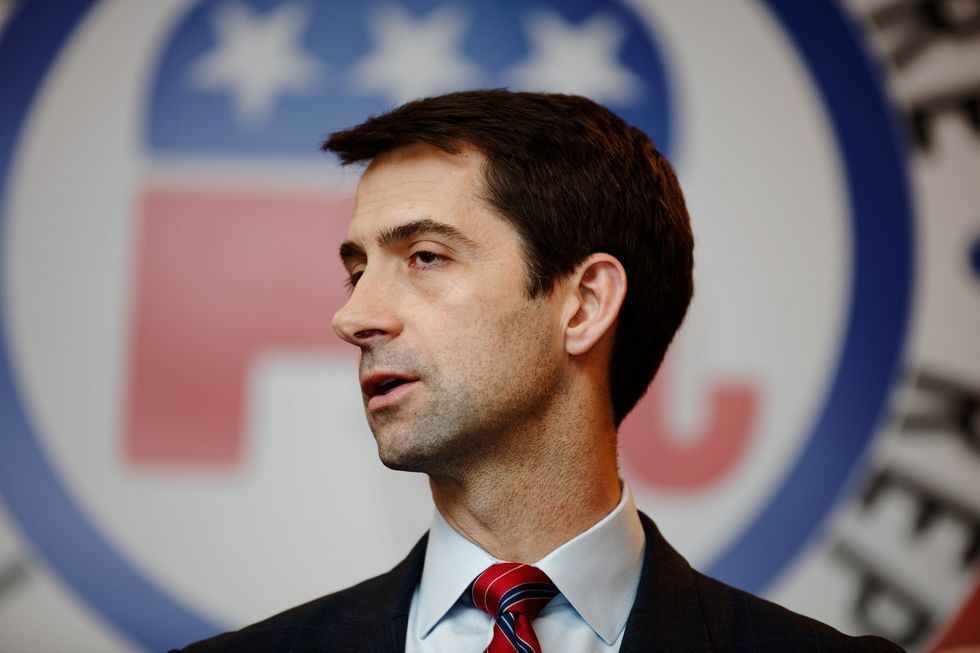 He claims, "The New York Times's 1619 Project is a racially divisive, revisionist account of history that denies the noble principles of freedom and equality on which our nation was founded. Not a single cent of federal funding should go to indoctrinate young Americans with this left-wing garbage."

Acknowledging our past and where we came from and teaching history from that perspective is not "left-wing garbage," it's called education.

Never once in my K–12 schooling was I required to take a class that taught me history outside of the white narrative, and even now as an educator, I see that African American history is rarely taught, and if it is, it's taught as an elective, making it feel as though the way we have treated minorities in this country and what they have been through doesn't need to be acknowledged.

And, no, before you say we have Black History Month so it's "covered," think about this: You're educated on the rest of history for 13 years before you get a diploma and, somehow, one month a year that is largely dedicated to Martin Luther King Jr. is supposed to educate you on the entirety of Black history?

I get that it's uncomfortable as a white person to stand up there and talk about how white people treated — and still do treat — Black people, but that's the whole point.

It needs to be uncomfortable so that we make an effort to change. The 1619 Project, which is available for free, is a great place to start. It's not about deleting white history and replacing it with Black history but rather teaching both narratives, showing both sides so that we can learn how to move forward and become a truly unified country that actually provides freedom of opportunity for all.

It's easy to say that this doesn't matter, that slavery happened "so long ago" that it doesn't matter anymore, that it's OK because we "don't do it anymore." But it's just not enough. It's not enough to ignore or blatantly disregard the fact that Black history is history, too, no matter how awful or insensitive it makes White people look because this isn't about white people, it's just not.

Our history has been paraded and celebrated for years when in reality, the actions of our past dictated someone's future in a not so positive way.

The 1619 project doesn't exist to make us comfortable, it exists to make us uncomfortable, make us face our past and own up to it and educate our students so that they can shape the future in a way that makes a difference. I teach in a predominantly Black and brown community, and I don't want my students to feel like they don't matter, like they're left out of the classroom because they matter just as much as my white students.

Their history is history too, and we need to come to terms with the fact that history is not synonymous with perfection. We don't need to teach history from the white savior complex perspective where we somehow turned around and saved minorities from their dim future because it's just simply not true.

We need to teach it from an accurate perspective, an honoring perspective, and a perspective that reveals our history for what it was, which at times, yes, isn't the prettiest thing in the world, but if we don't teach the future generations about what our history actually looks like, we'll be doomed to repeat it.