Broken Wings In Parkland Have Inspired Change
Odyssey
CurrentlySwoonLifestyleHealth & WellnessStudent LifeContent InspirationEntertainmentPolitics and ActivismSportsAdulting
About usAdvertiseTermsPrivacyDMCAContact us
® 2023 ODYSSEY
Welcome back
Sign in to comment to your favorite stories, participate in your community and interact with your friends
or
LOG IN WITH FACEBOOK
No account? Create one
Start writing a post
Politics and Activism

The students of Marjory Stoneman Douglas are going to change the narrative of school shootings, and I can say that with conviction. 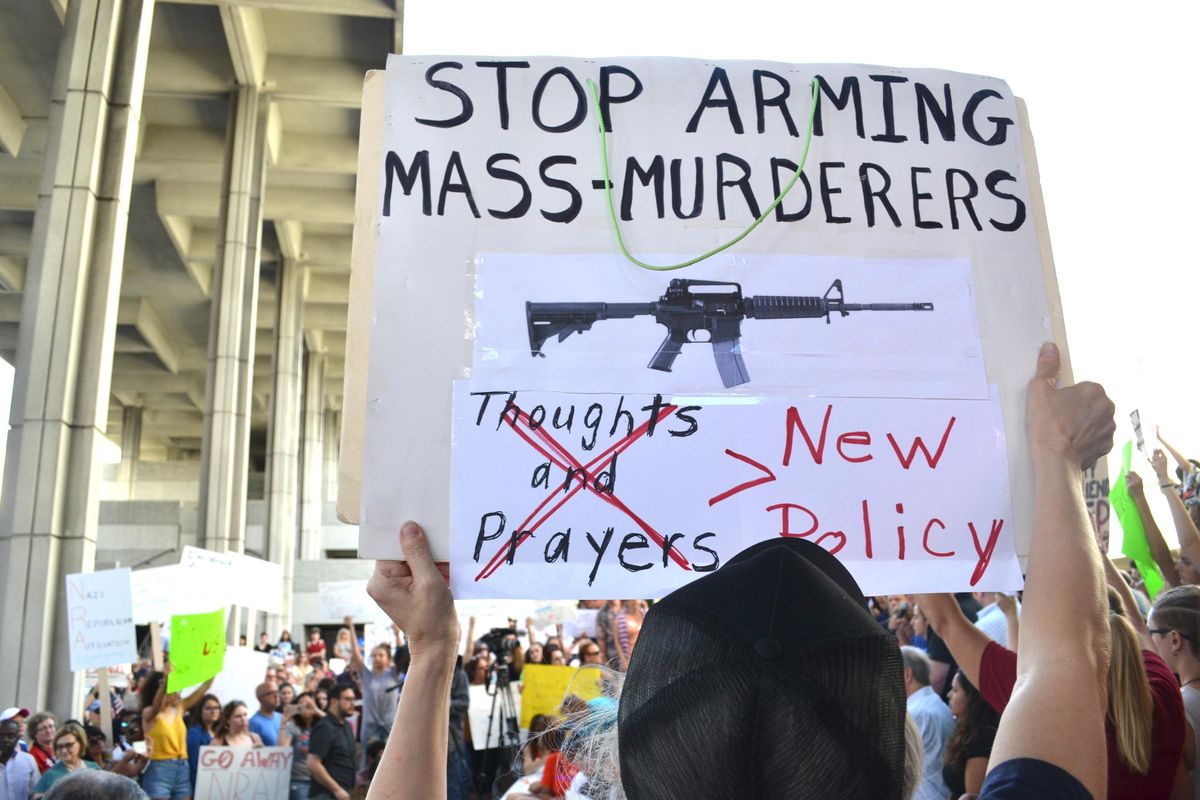 Every time I walked into a room since Valentine's Day, I looked around to see where I could hide; I have been more observant of my surroundings. Instead of having confidence in my incredible university and assuming I am immune to gun violence, I along with many other students are fearful that the next shooting could be in our home. Sadly, our misconception was well justified.

The Valentine's Day shooting at Marjory Stoneman Douglas in Parkland, Florida, has devastated yet another school, another community, and another 17 families. How many deaths is it going to take for something to be changed? How long is it going to take for lawmakers to realize our right to live is more important than their NRA funding?

Unfortunate occurrences at everyday events have become all too familiar. Not a single student, parent, or resident in Parkland could have imagined they would be the next victim of gun violence. Whether it be a church shooting, a concert bombing, or a terrorist attack, it seems as if every time I check Twitter or turn the television on there is a new tragedy being spoken about; all of these events have contributed to the fear I along with my many peers feel today.

It seems as if tragedy in the United States is a cycle: The tragedy occurs, politicians share their "thoughts and prayers" with the communities at loss, it is too early to talk about the issue, and then we move on. We have seen this way too many times now.

But this time, the Eagles of Marjory Stoneman Douglas, the survivors of the worst mass shooting thus far in 2018, and the families of the victims are not stopping their fight until something changes.

I have been inspired by the brilliance and strength of the students at Stoneman Douglas. In a week alone, they organized marches, rallied against the state's legislators, and told the president they are not backing down. They have inspired students, teachers, parents and celebrities worldwide to fight for change. School march-outs are occurring across the nation, and this time it feels as if the cycle is going to be broken. I feel proud to be part of such a generation that has a voice and desires change.

Tragedies like this make it easy to constantly live in fear, but although it is cliché, life is way too short. Like the Eagles of Stoneman Douglas, we should channel this fear into making change in the world. In just the first seven days since the devastating shooting, the Eagles have soared and their voices have been heard. They have made their mark thus far, and I am confident they will be the ones that make the world a better place.

The students of Marjory Stoneman Douglas are going to change the narrative of school shootings, and I can say that with conviction.