The Outdated Stigma Of Being A Single Woman
Odyssey
CurrentlySwoonLifestyleHealth & WellnessStudent LifeContent InspirationEntertainmentPolitics and ActivismSportsAdulting
About usAdvertiseTermsPrivacyDMCAContact us
® 2023 ODYSSEY
Welcome back
Sign in to comment to your favorite stories, participate in your community and interact with your friends
or
LOG IN WITH FACEBOOK
No account? Create one
Start writing a post
Politics and Activism

The Outdated Stigma Of Being A Single Woman

A note to all girls feeling the loneliness that comes with being alone, and how to love yourself regardless of your relationship status. 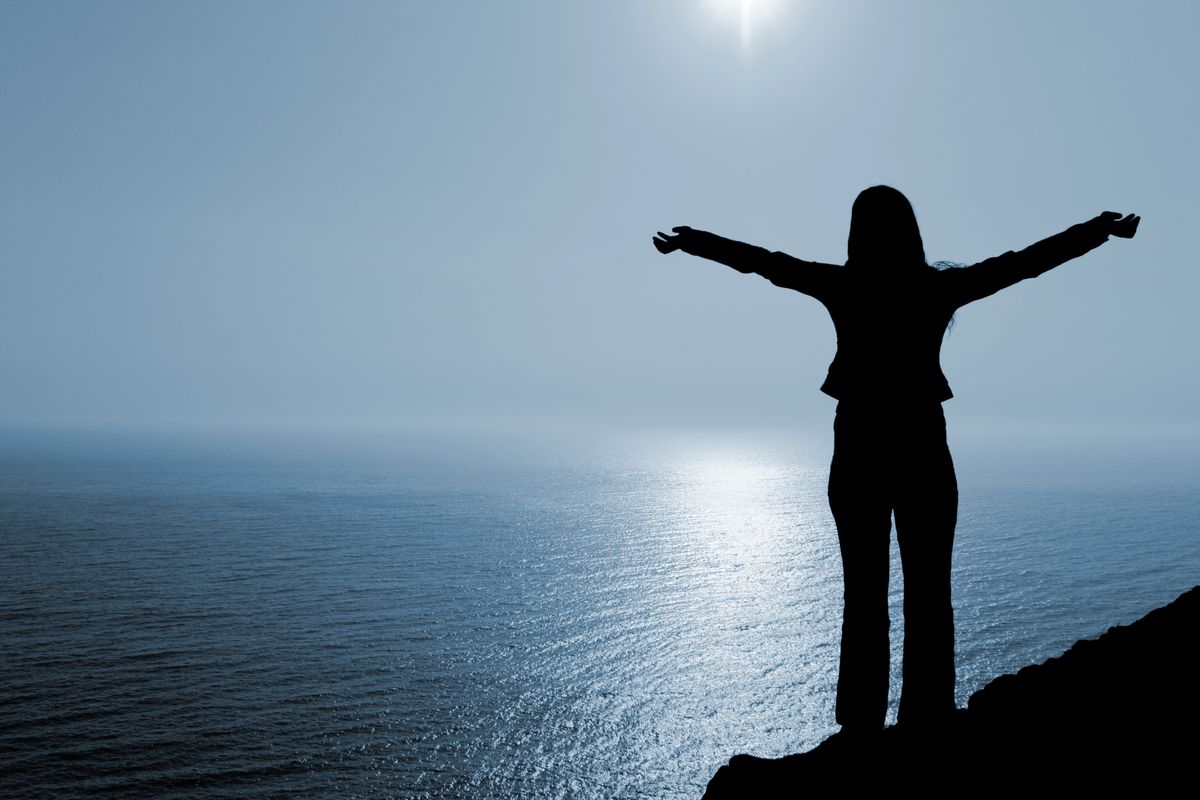 With societal hype on having a significant other still extremely prevalent and emphasized in modern media, many women often have the notion that it is necessary to have a boyfriend during key moments of their lives: dances, weddings (as a date), dinners, group outings, and so on. These same women also feel "incomplete" or like they're missing out on life if they don't have someone to share it with. But that notion is garbage. Here's why.

Ever since I was 11, talk of boyfriends and dating invaded the classroom during passing periods, lunch breaks, and after school. In sixth grade, many of my friends were "dating" each other. I had a crush on my then-best friend's brother and I wanted him to be my boyfriend (even though I didn't really understand the concept of having a boyfriend or what it entailed). All I knew was that it meant I was important if a guy liked me. And for some reason, the level of coolness increased if a girl had a boyfriend. Having a man was cool and significant. Even at 11 years old.

When I began high school, at least three of my friends got into relationships within the first two months of the year. So at 14, I felt like something was wrong with me for not being asked out. Everyone had a date for homecoming except for me. But I went to the dance anyway and had a great time with my friends.

In senior year, talk of prom was afoot in early September - months before the dance. I had friends complaining about not having someone to go with, which made me feel like it was something I should worry about, too. I brushed off the concern because I knew I'd likely be asked by my male best friend.

A classmate of mine posted her dramatic prom date woes on Facebook, stating she was "so sad" she "didn't have a date for prom" and that she felt "embarrassed" by the fact that she'd have to go alone. (I guess not embarrassed enough that she posted about it in a status though, am I right?) Regardless, the fact that she felt overcome with such emotion that she put her feelings in public for everyone to see meant that not having a prom date was SUCH a big deal to her that it made her question her own worth.

April rolled around and I stayed confident in the fact that I had a backup plan: my best friend would ask me. But then he asked the girl who made her dramatic Facebook plea. In that moment, I was hurt. Not because he asked someone else, but because I hadn't been asked at all. I was going to have to go stag - the biggest fear of many high school senior girls. It was shameful to not have a male escort you to prom. And it still is - for no good reason.

Despite being dateless, I went.

I asked a female friend to join me on a friend-date. She helped the night be memorable and fun. After prom, a group of my friends came over and camped out in my backyard. I didn't miss out by not having a boyfriend or date for the evening. I looked good, felt good, and had a memorable night being "alone".

In college, the cycle of single-boyfriend-single began again. Everyone who was someone had somebody to call their own. But not me. By the time I was 19, I felt like something was missing from my life - a boyfriend. I had never had one and wondered if something was wrong with me for not ever having had a boyfriend especially when so many of my other friends did. Was it because I was too mean? Too nice? Too big? Not pretty? These kinds of thoughts filled my head with serious self-doubt.

Back then, I didn't consider that 19 was still young and I had a wealth of time on my hands.

Later that year, I got into my first real relationship with someone I had known since I was 11. Though things started off well, our partnership soon became toxic. I was no longer excited to say I had a boyfriend or flaunt our relationship as a symbol of my status in society. Instead, I thought about the times I was single and had the freedom to do what I wanted when I wanted. Doomed from the start, I finally broke it off a year and a half later.

But oh no, now I was single again.

Though the relationship turned sour, I've seen friends in similar situations "stick it out" because they'd rather not be alone.

They say they stay because they love each other.

I have heard women tell me that they can't come out for dinner or drinks with their friends because their boyfriend won't let them. I have known women whose boyfriends won't allow them to do something because other men will be there. I have been told by friends that they can't go out tonight because their boyfriend wants to stay home. I have seen the tension between two supposed lovers in person when she wants to stay, but he wants to leave.

Yet they all stay in their respective relationships. Why?

Women are still fed the idea that it is better to have a man want to be with us (in spite of being in a potentially abusive situation) rather than being alone. The stigma of being single, especially as a person ages, gets bigger and uglier with every year that passes. We are told that something is wrong with us if a man doesn't want us, or told that we need to change our bodies, behavior, or outlook on life in order to convince a man we are ~worthy~ of his acknowledgment.

After women reach the age of 20, the fear of being alone becomes more intimidating. It's a never-ending, anxiety-filled thought process.

There's no proper timeline for when someone should be in a serious relationship or when they should be on track to get married. You can be single through your 20s and 30s; nothing is wrong with that. Hell, you can choose to be single for the rest of your life and still have a successful, fulfilling existence without thinking there's something wrong with you.

Whether you're in a relationship, freshly out of one, or perpetually single, you can choose to live your life according to yourself - free from the judgment of everybody else. Being single allows you a wonderful opportunity to re-learn how to become an independent person separate from the binds of a relationship. Your validity doesn't lie within the binds of relationships used only to keep up appearances. If and when you choose to be in a relationship with someone, you can re-prioritize and decide what'll make both you AND your partner happy - individually and together.

You can be happy on your own, and you can be happy with someone else. But until you find the person who makes you feel as if both things are possible without changing who you are, stay single and keep on truckin'.

Nicole Marie Nigro
Individual Creator
2666
c1.staticflickr.com
Where to start...... Let me start with the cliche that life throws us curveballs and what we do with it is what counts.