Say It With Me: Pro-Choice Does Not Mean Pro-Abortion!
Odyssey

Say It With Me: Pro-Choice Does Not Mean Pro-Abortion!

This is one decision the US government should not be making for us. 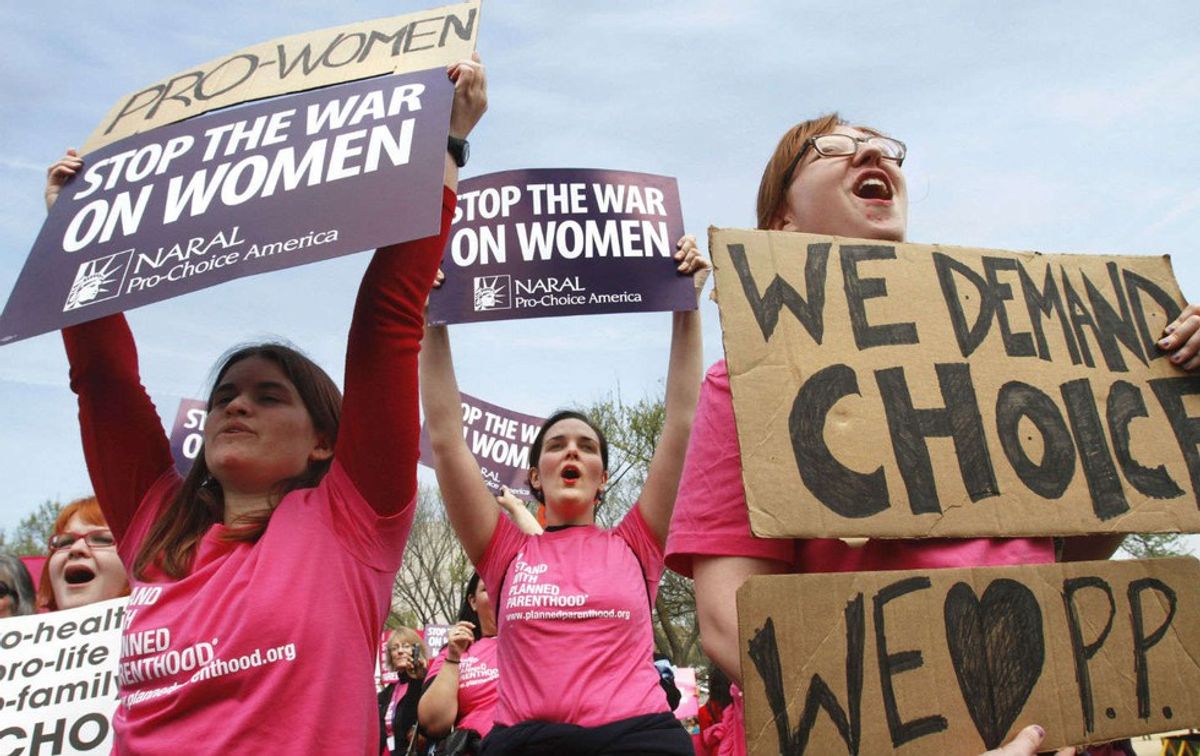 After watching the final presidential debate, my nerves can't help but be shot. As a woman, I do not think I have ever felt so offended or belittled by someone who is supposed to be a positive figure and role model.

No matter what your take is on this controversial issue, there are validities to each side of the argument. Your opinion is real and it matters. However, how is it acceptable to defund an organization that provides safe assistance and healthcare to so many women? How is it acceptable to take away our rights?

As a worldly human being, we cannot ignore the fact that each individual is fighting their own battles. No matter how well we think we know someone, there is no way of knowing every single thing that they go through. There is a reason people are the way they are. That's why it's so important for us to become more accepting of those who have to make this heartbreaking decision, and save our judgements for another time and place.

As children, most of us role played with baby dolls, dreaming of the day we get to have a real one of our own. Most of us have had baby names picked out since before we can even remember. No part of our hopes and dreams of the future included having an abortion. I'll speak on behalf of every woman and say that having that procedure done would be all of our worst nightmares. I thankfully have never had one, but I can sympathize and rationalize with those who have.

Having an abortion is not the "easy way out." It is a decision that stays with the woman forever, and is something she is haunted with every second of every day. Judging someone who has to go through this and deeming them a bad person only makes this battle harder for them. What does that say about our own character if we fail to support and love those who need it most?

Having an abortion isn't anyone's business but the woman's, and it especially isn't the government's place to make this decision for us. If men could have babies, I full heartedly believe that some of the insensitive comments made in this last presidential debate would not have been made. If we let the government take away this right from women, it's only a matter of time until many of the other rights we have fought for and gained as a nation are stolen from us too, and we're right back to where we were two hundred years ago.