Has she even seen the show? 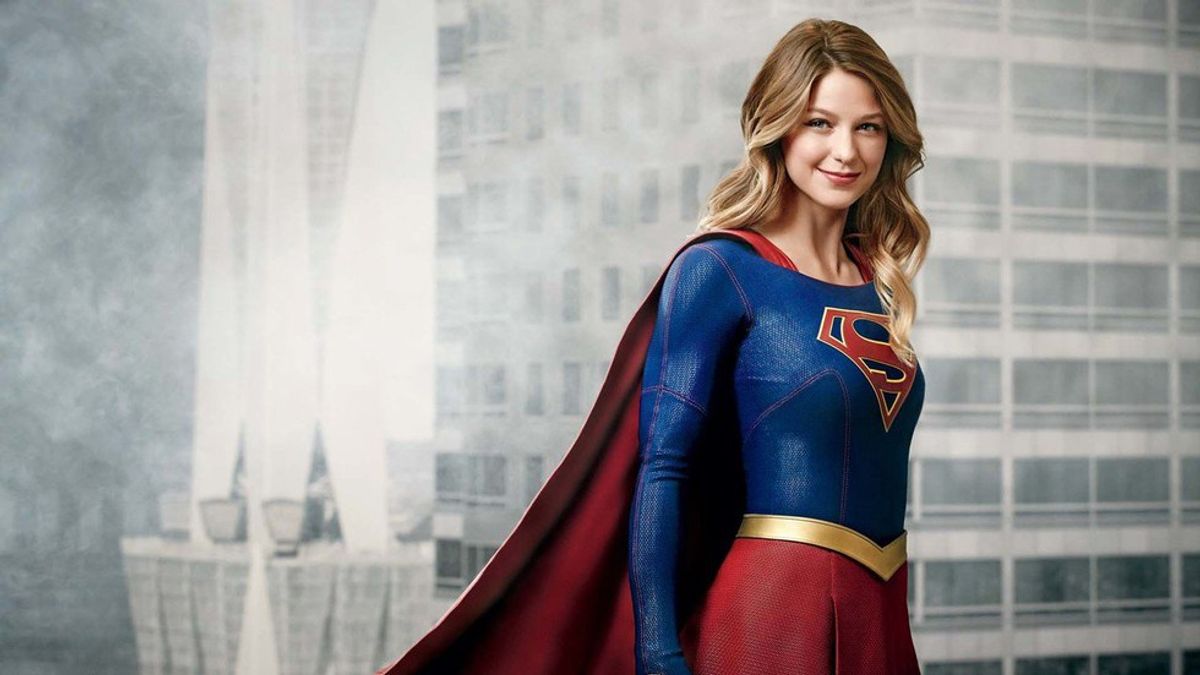 It’s safe to believe that we’re living in a much more politically correct world than ever before, which is really awesome. Still, we have a long road ahead of us before we’re completely free of discrimination, so people will continue to protest for what they believe in. There have even been a lot of celebrities who have thrown themselves in the headlines to either make a point or raise awareness about an issue. One of these celebrities happens to be pop culture icon Miley Cyrus, who is a self-proclaimed feminist.

This week, Miley has been in the news for comments she made about The CW television show “Supergirl”, starring Melissa Benoist. Her comments are as follows:

“I think having a show with a gender attached to it is weird. One, it’s a woman on that f--king billboard — it’s not a little girl. Two, what if you’re a little boy who wants to be a girl so bad that this makes you feel bad? I think having a title like ‘Supergirl’ doesn’t give the power that people think it does.”

Based on what she said, you can definitely tell that she is very passionate about her stance, which is completely acceptable. The only setback here is that she’s not bringing any facts to her argument. Well, that’s where I — and the many others that support “Supergirl” — come in.

Let’s first talk about the title of the show, which seems to be one of Miley’s biggest issues. I don’t think this needs to be said, but for those of you that didn’t know, “Supergirl” is a television show featuring the superhero named…. Yep, you guessed it, Supergirl. “Supergirl” is one of four DC Comics superhero shows on The CW, which includes “The Flash”, which is about the Flash, and “Arrow”, starring the Green Arrow. Both shows were on the air before “Supergirl”, so it made sense for them to continue the trend and simply name the show after the hero their following, right?

Miley said that having a gender attached to a show title is “weird”, but I disagree. There have been many shows that have had genders in their titles (“The Bionic Woman”, “Lost Girl”, “The Six Million Dollar Man”, etc.) and nobody ever batted an eye before. Also, I don’t think the showrunners were expecting the title “Supergirl” to have an empowering effect on people. The title is the name of the main character, it’s as simple as that. No need to make it anything bigger.

Miley obviously wasn’t just upset about the title. Rather, it was probably more about the name of the superhero, especially since she is played by a 28-year-old woman. Miley and I can both agree that Benoist is a woman and is too old to be called a “girl”, but we’re not talking about the actress. We’re talking about her character, Kara. Supergirl was created for comic books in 1959, long before there was even a thought of this character having her own show. Kara Zor-El (Supergirl) is the cousin of Kal-El, who is better known as Superman. She has had many stories written about her and had a large following of fans even before the show was announced. It should also be noted that Supergirl is usually depicted as a teenager in the comics, which somewhat justifies her superhero name.

With that being said, there could still be an argument that with Kara being played by an adult actress, they should just call her “Superwoman” on the show. While that would certainly satisfy Miley, Superwoman is actually an entirely different superhero. For those who aren’t devoted comic book fans, Superwoman — who was actually Lois Lane — was introduced in 1943, 16 years before the creation of Supergirl. While Superwoman never really had the same kind of fandom Supergirl has, she’s still an established character and was dubbed the name first.

A lot of you are probably scratching your head over all of this, asking, “Why is this such a big deal? Why don’t they just name her Superwoman and be done with it?” I get it, it’s frustrating. However, I can assure you that those who watch “Supergirl” are watching it because today’s superhero shows are actually really well done. On top of that, it is part of a larger universe shared with shows like “The Flash” and “Arrow”, so us fans crave those moments when two or three of those shows collaborate in some way. We also appreciate the history of comic book characters, so the name “Supergirl” actually means a lot to us. We don’t view it as derogatory to women because there is a story behind her name. In fact, in the show itself, Kara suggested that she be called “Superwoman” because the name “Supergirl” could be viewed as anti-feminist. However, her boss, media mogul Cat Grant, labelled her as “Supergirl” since it sounded better and she didn’t see what was wrong with being called a “girl”.

While a lot of women do in fact take issue with being called girls, the name “Supergirl” holds a lot of rich history and background, which is similar to a lot of old-fashioned superhero names. Take Ant-Man, for example. When the movie “Ant-Man” came into theaters last year, most non-comic book fans laughed at the concept of a superhero portraying an ant. Even in the movie, Paul Rudd — who plays the main character that eventually becomes Ant-Man — is clearly not happy with the name choice. However, what most people don’t know is that Ant-Man was actually one of the five founding members of The Avengers in "The Avengers #1" comic book issue in 1963. Like Supergirl, Ant-Man has been able to expand from the comic book pages to become an icon in modern times, and both were able to do it without ever changing their names.

In conclusion, I’m almost positive that Miley Cyrus wouldn’t be reading this, but if she was, I would tell her this: Don’t judge a book by its cover. Clearly, based on what she said, she made a quick assessment of the entire “Supergirl” show from a billboard and deemed it to be below her standards. If she was to ever actually watch one episode of “Supergirl”, she would find out that it actually does a magnificent job of displaying gender equality while not making a huge deal about it. As with pretty much every other superhero show on television right now, I can’t get enough of “Supergirl”, and I encourage you all to watch season one on Netflix if you haven’t already!