Predictions for "Avengers: End Game" That Could Truly Redefine The Course of The Marvel Universe 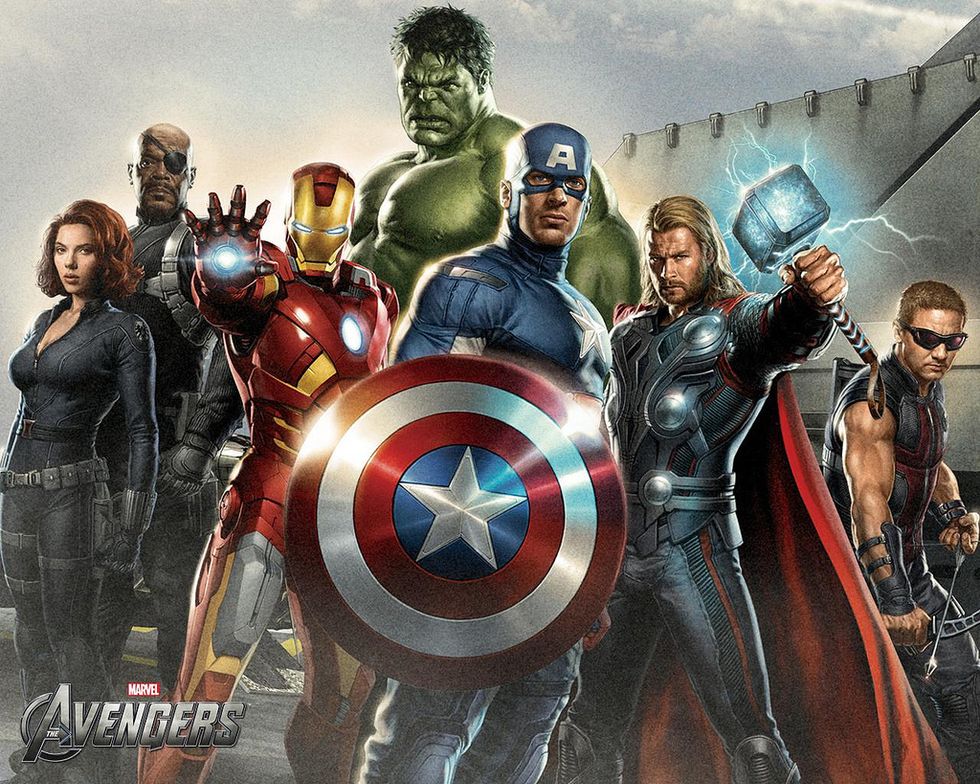 After MARVEL released Avengers: Infinity War, the hearts of super-hero lovers across the world could be heard breaking after Thanos's final snap; wiping out half of the cinematic universe from our eyes in a blink of a second. With this dramatic final scene, we saw fifteen of our long favorites taken away; the complete list: Loki, Heimdall, Gamora, Vision, Bucky Barnes, T'Challa, Doctor Strange, Spiderman, The Guardians of the Galaxy, Nick Fury, the Wasp, and Shuri. Each have starred in their own respective movies and have led very different courses plot line wise; their absence does more harm than good within the overall story line if Marvel so chooses to make their deaths permanent, hinting at a revival of some sort within the premier of "Avengers: Endgame" coming this year.

Beginning the question, who then cheats death and comes back to the big screens?

From a practical stand point, noting that Marvel has planned the release of a Black Panther sequel as well as a follow up to Spiderman: Homecoming, the deaths of T'Challa, Shuri, and newest Spiderman (played by Tom Holland), their deaths can be taken with a grain of salt, having their return almost guaranteed.

For other characters however, their pictured deaths in Infinity War almost marked their final viewing: sadly, all the actors of Loki, Heimdall, and Vision, their contracts permanently ended by the wishes of the actors and actress to wanting to explore other opportunities; understandable, noting that the MARVEL Avengers franchise has been blooming since its initial 2012 premier.

It is since this premier, and other MARVEL spin-offs, have the creators been able to drop hints for Thanos's ultimate scheme, and the direction it will play coming the release of both premiered "Avengers: Infinity War" and coming "Avengers: End Game". For one hint as an example, the end credits of "Avengers: Age of Ultron", Thor's vision foreshadowed to Thanos's plan on collecting all of the infinity stones, which we saw play out in Infinity War; asking the question, which hints were dropped already, and what could that mean for End Game?

Within the midst of the universe's ultimate snap, this was pictured on more than screen. While the production of Avengers was happening, the new franchise of Ant-Man was created, introducing another character into the universe, and another victim to the snap. The premise of the franchise is the ability for a man to use a suit and become microscopic; however, on accident, he breaks his suit and enters the quantum realm, the place (or really, "size") of no return. Ultimately, Ant-Man is able to save himself, as well as another protagonist, in which they learn the benefits of harnessing energy from that realm, that could help them save a young girl. The post credit scene of the second Ant-Man release pictured Ant-Man surrounded by his team of scientists that make it possible to bring him back from the realm; after he goes in, they all disappear from the snap, except Ant-Man; meaning once again, he is trapped.

Broken hearted fans scattered across the internet hoping to find some semblance of his safety; while in a dire situation, this sets the stage for a new plot that could be uncovered in End Game, where in which Scott may descend into the warned against "Time Vortex" within the quantum realm. Two scenarios can then happen: Ant Man may truly disappear if he descends into the vortex, making the last of his pictured role as well, or, Bill Foster, the only man left alive educated about the quantum realm can help save him.

But again, an issue arises where Bill Foster is unknowledgeable of Ant Man's predicament; and therefore, gives Ant Man the time to absolutely mess up. This almost guarantees the resurfacing of the Time Vortex and Mrs. Van Dyke's warnings about it. Little is known about the Time Vortex other than it being a beacon to avoid; my predictions revolve around it being truly a place of no return, or a hole that allows Ant Man to find past Avengers. If he is then able to escape, there comes an entire new cast potentially capable of reversing Thanos's snap.

As for fan favorites, Captain America or Iron Man, I don't believe it will be the last time seeing them individually, however, it may be the last time seeing both pictured together. In the first movie trailer, a great emphasis was placed on Tony Stark being trapped on the foreign planet, running out of basic necessities and saying his final goodbyes. Strategically, Iron Man's death would be catastrophic to MARVEL, noting he has been one of the longest standing franchise superheroes. However, the actor Robert Downey Jr.'s contract is coming to an end, making it extremely probable for him to choose to not renew it, and thus, have his character truly be killed off. The manner it is done so, definitely not the one pictured in the trailer.

Final goodbyes, especially to such a big character, will normally be grand and unexpected, and thus, to showcase a pivotal part of the movie within its first trailer showcase is highly unlikely resemblance of the true plot. My prediction: Iron Man will escape the planet; he will be able to see the Avenger's again and be part of one final fight, however, following his character of being witty and slightly selfish (note: his original inability to be Iron Man due to his "attitude" by SHIELD); his story arc might come full circle in his own sacrifice for the better good, such as his near death situation in the first Avengers movie.

I do not believe Marvel will return all the characters lost to us; Thanos's snap sent shockwaves through the universe; to simply "clean it up, as new" is improbable. For this reason, I can only expect Tony''s sacrifice to be on the behalf of saving his beloved, his team, Captain America (they hated each other in Civil War; again, coming full circle and completing his character), or for the return of part of the universe.

I expect the movie plot to surface around the potential reversal of the snap, however the plan, as plans always do, will go awry, causing only part of the universe to return. However the movie plays out can only be truly known until its release; both long awaited and worried for.