(Partial) History: Why 'History Is Written By The Victors' Couldn't Be More True
Odyssey
CurrentlySwoonLifestyleHealth & WellnessStudent LifeContent InspirationEntertainmentPolitics and ActivismSportsAdulting
About usAdvertiseTermsPrivacyDMCAContact us
® 2023 ODYSSEY
Welcome back
Sign in to comment to your favorite stories, participate in your community and interact with your friends
or
LOG IN WITH FACEBOOK
No account? Create one
Start writing a post
Politics and Activism

(Partial) History: Why 'History Is Written By The Victors' Couldn't Be More True

A quote by Winston Churchill revisited. 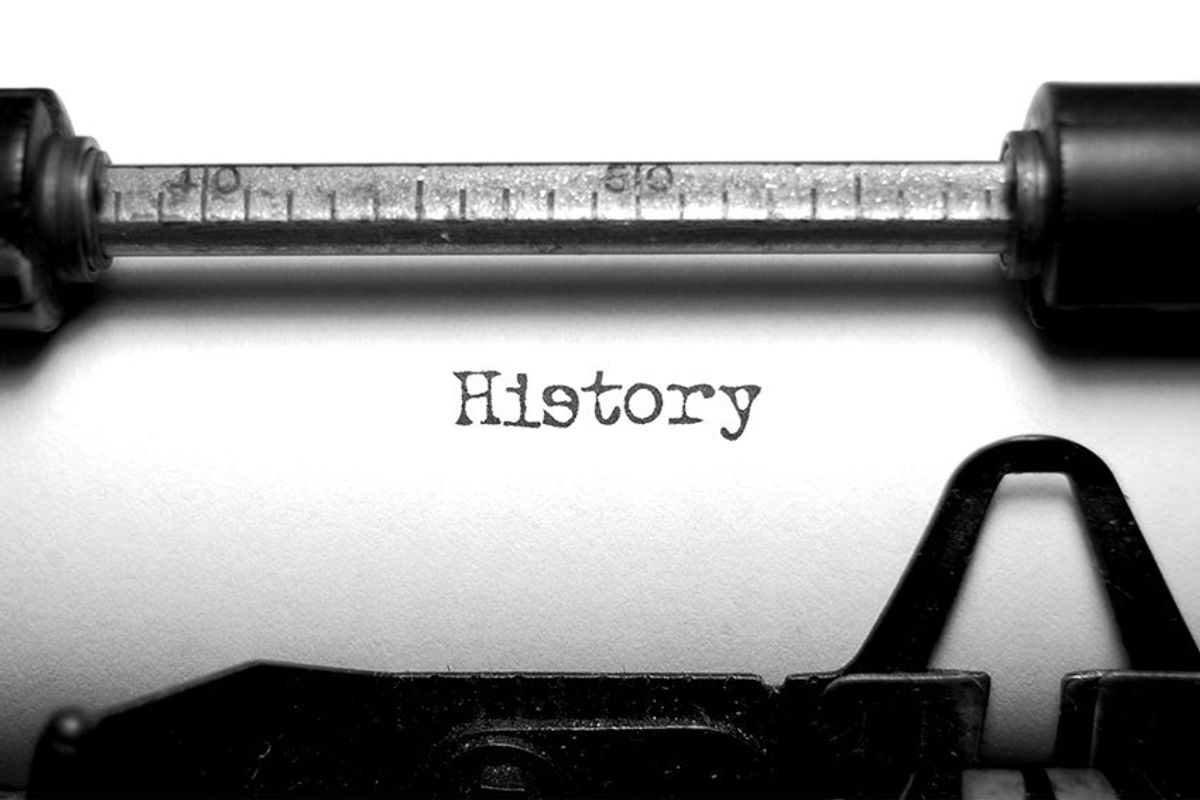 Sir Winston Churchill was not only a prominent figure in World War II, but he is also one of the most important people in modern British history. No, this isn't an article about him, rather about something that he once said, or is at least credited for having said.

Churchill is credited with saying the (frankly) common phrase "History is written by the victors." Whether Churchill said or came up with this isn't relevant. What is relevant is the message.

When we read history (or anything for that matter), we tend to assume what we are reading is true. A lot of people believe that history is an unequivocal fact. However, the history of the world that we know and study lacks just as many facts as it contains if not even more. I'm not saying that history is not accurate, it's just that it doesn't include every fact and every perspective.

History is a narrative of facts that, as Winston Churchill said, is written by the victors. The voices and perspectives of the victors in history are much more dominant than those who have been conquered, oppressed, and killed.

That being said, in more recent history, we have tried to do a better job at including the voices of those who have been oppressed in our history, but it is often too little too late. For example, American history has been dominated by white men. While women and minorities have gained a greater voice in modern society, history has still been written by white men.

If you look at the Civil War, you'll notice that the prevalent issues were slavery and the rights of African Americans. The Union would end up winning the war, new Amendments to the Constitution were written, and African Americans were finally freed. The victors, those who won the Civil War, were abolitionists and condemned the notion of slavery. Because they won, their beliefs and their side of the war influenced society. We now live in a country today where every individual, regardless of the color of their skin, has the same unalienable rights. Obviously, the fight for racial equality has been a long process, and no one can deny the fact that we still live in a society that is tinged with the remnants of racism and hatred, but because the North won we now believe in equality for people of all races and ethnicities. The ideals and beliefs of the South (for the most part) have been lost in history because they did not win the war.

Most of you are probably thinking that this is totally fine because many factions throughout history have done terrible things and their voices probably no longer deserve to be heard. This is all true to me too. Slavery in America, the Holocaust, genocide, they are all terrible things. We remember the survivors and victims of these atrocities and try to give them a voice in history. However, many voices are still lost. Many stories are never told. The history of many oppressed and defeated groups of people has never been told and never will.

If you're still with me up to this point, great. History is written by the victor, but we should include the history of those who have been oppressed. Pretty simple, right? It seems pretty simple. However, the United States seems to have a hard time with this concept.

Going back to something I brought up earlier, I want to talk about the notion of white men dominating the history of this country. White men have, and still continue to be on the top of the social pyramid. Even though we live in a country where men and women of all races are "equal," white men still sit on top because of their place in history (and the fact that they have been the ones writing it).

Native Americans are, without a doubt, one of the most oppressed groups of people in all of history, yet we rarely talk about them and their culture. Why? Because they weren't the victors, and they didn't get to write history. White men won, and white men wrote history. The genocide, yes I said genocide, of the Native American people is one of the most underrepresented narratives in American history. Isn't that ironic? White men took ownership of being "American" but managed to leave out the real Americans in history.

History is filled with facts and filled with lies. It is a narrative, but not a complete story. But I guess calling a subject or a class "history" is more appealing than "partial history."

Nicole Marie Nigro
Individual Creator
9620
c1.staticflickr.com
Where to start...... Let me start with the cliche that life throws us curveballs and what we do with it is what counts.