Overvaluing Assets Is The Most Harmful Cause Of Financial Crisis

There are a number of causes behind financial crisis, and arguably the worst is the overvaluing of assets. 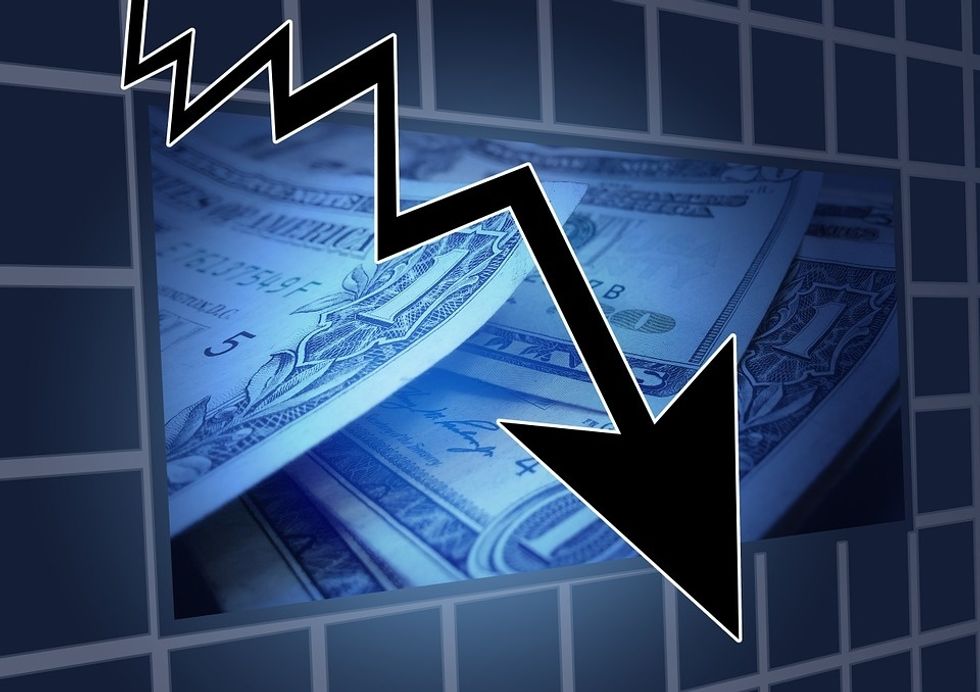 Hundreds of years ago, financial crises were insulated. It was a problem that a country would face on its own. If one country plummeted, others would face little to no struggles in relation.

Today's economy has been globalized. Investment banks are global. Oil companies are global. Free trade is encouraged, and the exchange of goods and prices have high interconnectivity. As a result, a financial crisis in either the United States, China, or the United Kingdom can have a rippling effect on the rest of the world.

There are a variety of things that can cause a financial crisis. One of the most harmful is the overvaluing of assets. Overvaluing assets caused both The Great Depression and the 2008 Financial Crisis. What is overvaluing assets, and how does it really harm the economy?

The overvaluing of assets typically originates in the stock market. That's how it started both in 2008 and 1929. To better understand overvaluing assets, we can study the 2008 financial crisis.

Banks were engaging in risky lending practices in 2008 like sub-prime loans and mortgage-backed securities.

Subprime Lending: Typically banks don't lend to individuals with low credit or little collateral. In the '90s however, banks began to engage in this sort of lending. This made it easier for people, in general terms, to purchase homes. As a result, the demand for homes rose quickly.

Mortgage-backed Securities: Banks also started to trade mortgage-backed securities. These were essentially bundles of a hundred mortgages, packed together. These securities were categorized by risk and being sold and bought by different banks. But banks knew little to nothing about the ability of these borrowers to pay back their mortgages. Despite that, the securities were being traded.

Eventually, low credit borrowers began to default on the loans. The sub-prime loan business began to tank, recouping little to nothing on their loans. Even further, the mortgage-backed securities were valued significantly higher than what they were worth.

A simple example follows. Banks had originally believed they may get 70% of the borrowed money back. They reported such numbers as assets in their books. But since they didn't really know much about the mortgage-backed security they purchased, they were surprised to find out high rates of borrowers were defaulting. They were making pennies on the dollar. The public began to notice and as a result, lowered stock investments into these banks. The stock market began to decline, and financial institutions were losing tons of money.

In situations where banks are closing and need money, there are two options:

1) get a loan from another bank, or

2) get a loan from the Federal Reserve.

But banks were afraid to make loans to each other because they didn't know the real value of the banks who were borrowing. Would they be paid back or not? So loans from banks to save other banks declined. Interbank lending dried up.

This led to a credit crunch. Banks were afraid to loan to everyone. If you weren't a top of the shelf creditor, you weren't getting a loan from the banks in 2008. Because of this, saving increased and spending declined. Banks weren't making investments in firms or households. Capital decreased dramatically. Without a loan, how can a business buy all the new equipment they need? How can they finance some of their more costly processes? Businesses closed.

In the end, the decrease in capital led to lower levels of productivity, creating a vicious cycle of crisis.

There are a few things that can be done to fix it. In this situation, the Federal Reserve did its best to preserve financial institutions. They "bailed out" the banks. The economy took years to recover, even after the necessary measures were taken. This sort of financial crisis can be dangerous for an inept economy. But at times it can be difficult to avoid such situations. There is little that can be done to anticipate this sort of situation. Questionable bank practices are difficult to monitor, let alone their impact on the economy.

finance investing
Report this Content
This article has not been reviewed by Odyssey HQ and solely reflects the ideas and opinions of the creator.