Besides his charming lyrics and his obvious talent, here are ten reasons why you should admire J Balvin. 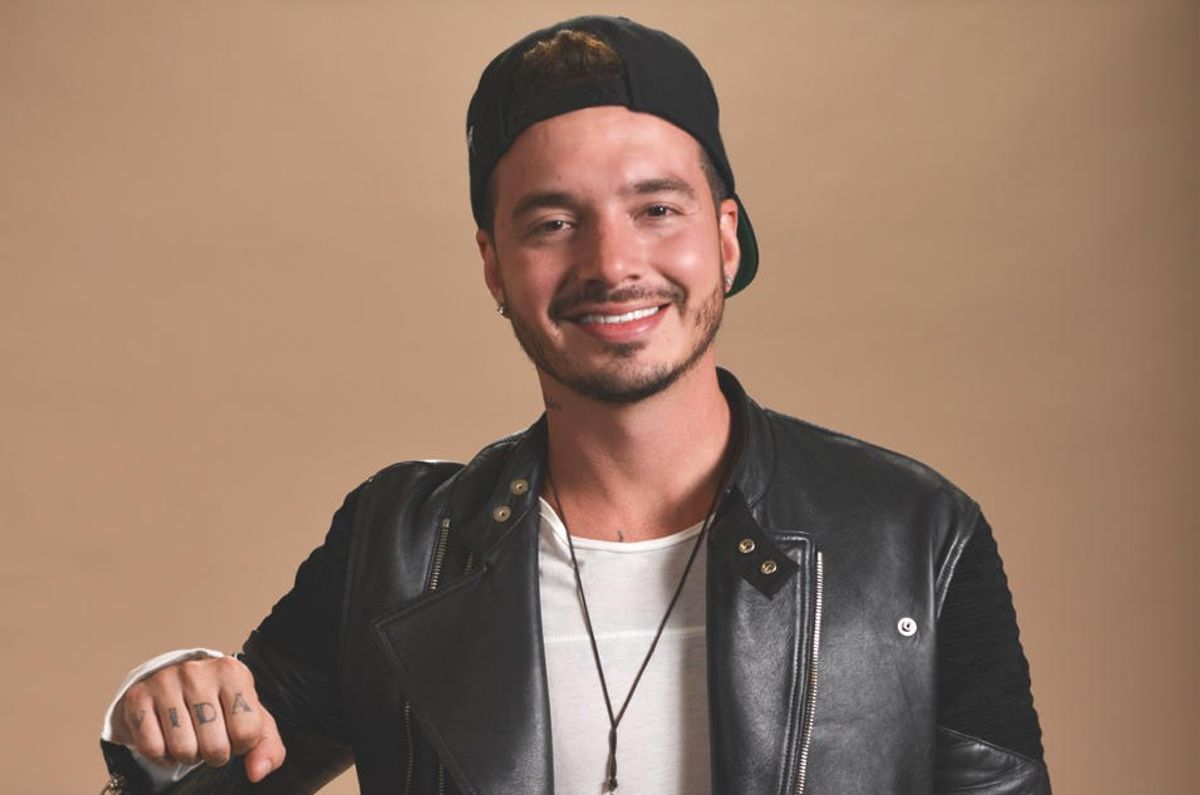 José Álvaro Osorio Balvin, most popularly known by his stage name, J Balvin, is one of the world’s hottest music sensations. He has won accolades from such organizations as MTV Europe, Univision, and the Latin Academy of Recording Arts & Sciences for his musical masterpieces. He has toured the world and done collaborations with dozens of other artists and the music videos he has uploaded onto his YouTube have reached more than one billion views, landing on the list of YouTube’s most-watched videos ever. Besides his charming lyrics and his obvious talent, here are ten reasons why you should admire J Balvin.

1. His favorite possession? His dog.

According to an interview with Billboard, Balvin claimed his most prized possession was his dog, Enzo. What’s not to love about that?

A style of music popularized by Puerto Ricans, Balvin has made a name for himself in this genre. With catchy songs like ‘Ay Vamos,’ ‘Ginza,’ ‘6 AM,’ and ‘Bobo,’ it is easy to see what all the hype surrounding Latino music is all about! Balvin’s collaborations with non-Latino artists like Justin Bieber and Pharrell Williams show his ability to collaborate and conform to numerous different styles

He is a huge fan of Iron Man and, despite his immense level of success throughout the globe, admits that his biggest fear is “failure and ending up alone.”

Balvin admitted to Vix Entertainment that growing up, although he did maintain decent grades, he was constantly joking around and was considered to be the class clown by his teachers. Anyone who follows him on any of his social media outlets would agree that the star is still a silly, fun person to be around.

5. He remembers his roots.

Born in Medellín, Colombia, Balvin cites his roots and his pride as the inspiration behind his music. On the conflict in Colombia, he commented: “Peace is the only way.” He began a social media movement #LatinosSomosUnidos in order to bring awareness to the issues at the border of Colombia and Venezuela. Balvin is proud to be Colombian and uses his talents to help spread Latino culture throughout the world.

6. He cares about people.

Balvin performed for the Special Olympics World Opening Games Ceremony in 2015. He also spread awareness for women and children who are victims of domestic violence, choosing to paint his lips red in an effort to show his support for the cause.

7. He is not afraid to stand up for what he believes in.

Balvin’s first performance on live national television would have been during the 2015 Miss USA pageant had he not decided to cancel it. His reasoning? Donald Trump, the owner of the Miss USA organization, had made disrespectful comments about Latinos. Balvin classily gave up his potential opportunity for more exposure and commented: “This isn’t about being punitive, but about showing leadership through social responsibility. His comments weren’t just about Mexicans but about all Latins in general.”

Balvin did not become a singer, songwriter, rapper, and music producer overnight! He first began playing the guitar at the young age of ten and his music career really picked up four years later when he began making his own music. After being part of bands and being featured on radio stations, he moved to the USA for a period of time to learn English and propel his musical career.

9. He keeps his private life private.

Balvin remains humble, despite his success. Although he takes to social media outlets to give his fans a taste of what his life is like, his personal life remains personal, which is something to be respected. Gossip topics like disagreements, partners, and other drama are hard to come by with Balvin. About his demeanor and his music, he has stated: “"I think music is to have fun. It's for people to have a good time with. I'm no savior and I'm no Robin Hood.”

Balvin is the administrator of web page ¡BuenosDías!, which seeks to “inspire you to change what you need to change in your life.” The site, which is featured on Balvin’s own website (http://jbalvin.com/), Facebook, and Instagram, is “a fresh look of all the positive that can happen in the world.” How cool is that?