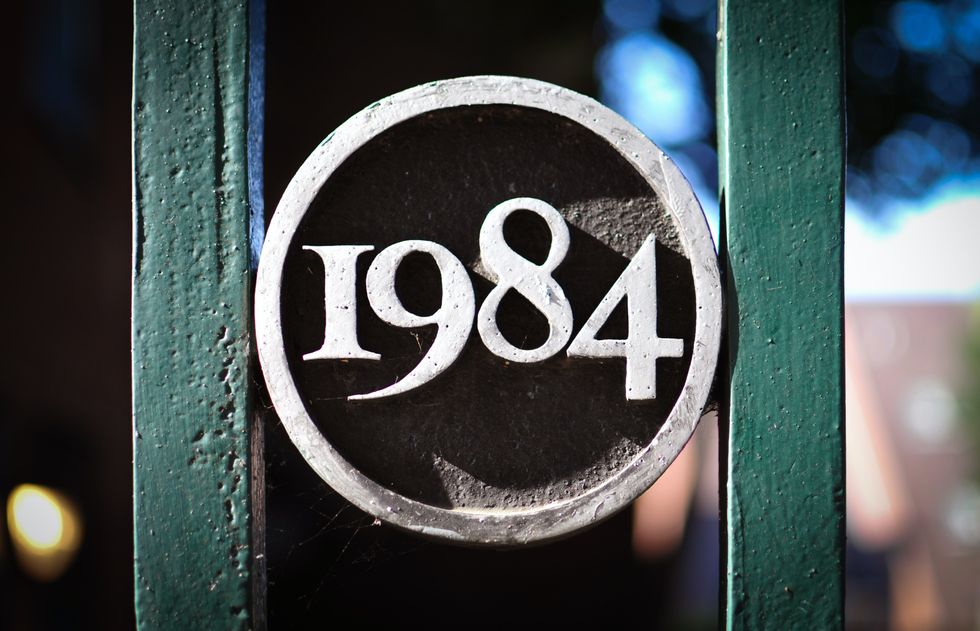 Photo by Viktor Forgacs on Unsplash

The environment of "The Time Machine," in true Victorian splendor, operates via a network of homosocial relations. The frame story of the novel deals explicitly with the conversing of males, presumably all bachelors. This abject absence of women immediately deems their role negligible. A proper Victorian woman would have no place engaging in elevated smoke-room banter; she would be expected to assume a menial domestic task. With the exception of the red-haired, stereotypically hot-headed Filby, the men are each given titles rather than names, such as "The Medical Man" and "The Provincial Mayor." Each figure clearly represents a rung in the social and economical hierarchy of the era, emphasizing that the fields of science, government, and finances were all unapologetically male-driven. The asexual Time Traveler, upon leaping into the year 802, 701 A.D., finds himself surrounded by fruitful, youthful creatures, The Eloi. The role of Weena, of course, becomes glaringly apparent in wake of the Traveler's apparent lonesomeness. "She was, somehow, a very great comfort," he remarks. Weena's childlike appearance also affords her an angelic quality and purity which is certainly rooted in the Victorian ideals of women. Victorian women were "lauded as men's conscience and as repositories of virtue." This role becomes heightened when the Traveler finds himself becoming bloodthirsty, eager to hack a Morlock to bits, and Weena's affection calms him down.

In Oceania, the setting of "1984," women have only the role of being brainwashed into becoming breeding machines for the Party. All of the novel's females are shamelessly portrayed in relation to either sex or childbearing. Winston's lover, Julia, the most important female in the novel, is obsessed with sex to the extent that he refers to her as "only a rebel from the waist down." The singing prole woman, who serenades Winston and Julia during their carnal liaisons, is characterized as a mindless breeding machine, "marelike" and "monstrous," essentially less than an animal. In spite of these portrayals, the women of Oceania are also meant to be cold and sexless, so as not to entertain the notion of sexual enjoyment. To derive any pleasure at all from carnality, as Winston notes, is "a political act." This paradox in the treatment of female roles toys with the age-old trope of "Angels" and "Jezebels" in literature. In addition to chastity, the Angel is meant to embody submission to the male, nonsexual dress, and strict adherence to domestic tradition. The Jezebel is the complete opposite, a wicked, sex-crazed, selfish prostitute. These paradoxical extremes not only represent a true test in doublethink but directly strip women of any role outside of the sexual.

Unlike "The Time Machine" and "1984," which don't ascertain any real definitive, unchanging roles for females, The Handmaid's Tale, establishes a rigid system of female roles, all of which revolve around the social, sexual, and reproductive needs of males. For the handmaids, this role essentially boils down to that of a public mistress, used only for her childbearing capability. The extent of Offred's reproductive duty is so extreme that she often refers to herself as an object, "a two-legged womb." The Handmaids function as the carriers of life in a declining populace, and thus they should be treated as treasures, but they are not. Although prized for their fertility, they are blatantly used or ignored by men, and universally scorned by women. All women seem to exist in a state of permanent competition with one another, and this is no doubt enforced through the forced divided roles among them. Although all Giledean women exist in the shadow of men, they must also rule each other. The Handmaids must not only submit to the Aunts, but to each other, as they are made to shop in pairs and supervise each other. Although the Handmaids are dressed in red, which Offred laments is "so visible," they are expected to be invisible, quiet, sheltered. Even when Offred assumes the role of Jezebel as she escorts her Commander to an underground sex club, she still finds herself grappling with her deemed role as Angel. She struggles to fit into the crowd, knowing she is not allowed there. She struggles in her heels, refuses to disgrace her Commander by drinking too much, and politely asks him if she can be excused. Offred, like the women of Oceania, struggles with these two opposing ideals.