What Will End Mass Shootings If What We're Doing Isn't Enough?

What Will End Mass Shootings If What We're Doing Isn't Enough?

When will it stop? 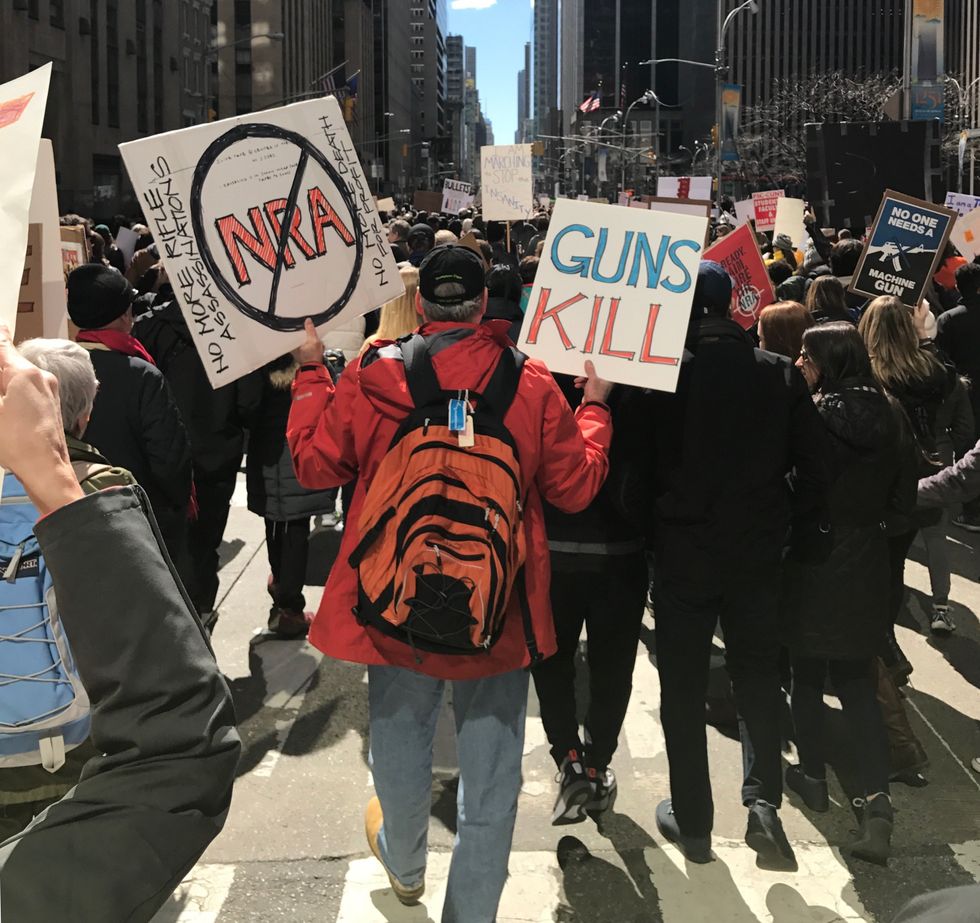 "Will Thousand Oaks be the mass shooting that spurs change?"

That was a news headline I saw in the days after America's latest mass shooting. (God, do I hope that sentence isn't outdated by the time this article goes live.) I almost laughed. It wasn't funny. But it was laughable. Of course, this won't be the shooting that changes everything.

But nothing has changed. Nothing ever changes.

And by the time Thousand Oaks sacrificed the latest batch of innocent people to this country's gun obsession, shooting stories were barely making blips in the news cycle. Twelve people died for the crime of existing in a public place, and it was business as usual because this is our usual.

I protested after Parkland. I held a sign that said, "Not on my generation's watch." Because my generation is the mass shooting generation; I was born two months after Columbine. In those months after Valentine's Day tragedy at Parkland, it felt like real change was possible. It felt like the tide of our anger and indignation would finally wash away the broken system and replace it with something better.

But here we are, not even nine months later, and another double-digit body count is being positioned as the new would-be catalyst for a gun reform revolution. And it won't be long before another tragedy takes its place. And on and on we go, battered by horror and outrage but facing people who will not listen to us.

I took an environmental science course in my first semester of college. That's a different contentious topic, but we talked about how change doesn't require one hundred percent, absolute belief. Even if you, because you are stubborn and science-averse, do not believe that climate change will inevitably cause disaster, you've heard enough scientists raise alarms to know it's a possibility. And if you can do something to prevent utter destruction, even if you don't know for sure that utter destruction will happen, why wouldn't you? Just to be safe?

I think about that every time someone argues that banning the kinds of guns used in these mass shootings, or even limiting who can purchase firearms, won't stop more shootings from happening. "Criminals will find a way to get these guns anyway," they say.

But if there's a chance, just a chance, that legislation could prevent even a fraction of potential shootings, why do we hesitate? Why can't we implement something that may not work, if, on the other hand, it may work?

When the stakes are this high, don't we owe it to the dead and the living alike to try?

96 Americans are killed every day by guns. In 2017, there were 346 mass shootings—defined here as shootings which kill or injure four or more people, not including the shooter, in one location at one time. There have been 309 mass shootings so far in 2018. In the last decade, people have been slaughtered at school, work, movie theaters, places of worship, college campuses, concerts, military bases, shopping malls—just to name some.

In September, someone stepped on a drink bottle at a music festival in Central Park. The resulting noise was initially attributed to a falling barrier, but only after everyone assumed it was gunfire. People panicked.

The ensuing stampede was treated by many like a silly example of paranoia. But we live in a place where any loud noise in a public place heralds death, and that's not because people are paranoid.

It's because all of us, at least in my generation, are waiting for it to happen to us. We know it could, someday. The statistics are clear. Nowhere is safe.

And nothing is changing. Public opinion is shifting in favor of gun control, but not fast enough.

Thousand Oaks won't be the end of it.

Sure, you have the right to bear arms. It says so right in the Second Amendment. But god, do you ever think defending that right comes at too steep a cost?