Life Of A Fangirl

How Harry Potter changed my life. 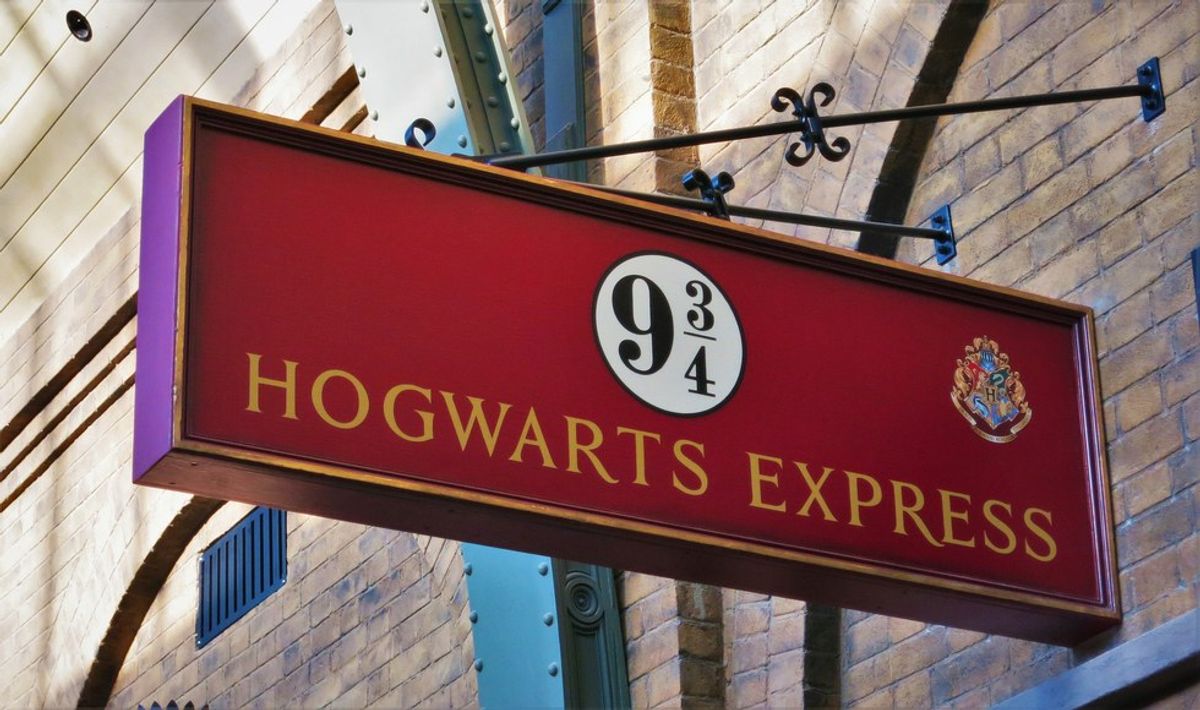 Fandoms. They’re everywhere. The possibilities of topics are endless. There are fandoms of TV shows, book series, bands, people, cultures, games and so many more categories.

I’m not entirely sure where or when the term got coined, but it’s blown up in the past few years. The truth is, though, that fandoms have been around for much longer than the 2000’s. I mean, I’m sure even back in Shakespeare’s time there were people passionately in love with his works.

It’s crazy to think that some people still don’t understand just what a fandom is and seriously misjudge us fangirls/fanboys. There are many reasons why one would become part of a fandom; Each story is unique, and I’m not even going to attempt to explain all the reasons, because I honestly just don’t know. I do know my story, however, and hopefully, it’s similar to many other fans out there.

My first love in life was Harry Potter. It’s funny, because the first time I picked up a Harry Potter book, I wasn’t a fan. I abandoned "Sorcerer’s Stone" after the first four chapters.

Around that time, however, "Harry Potter and the Chamber of Secrets" came to theaters. I remember seeing the trailer for it and wanting to see it. My little seven-year-old brain hadn’t connected the two stories yet. I ended up seeing "Chamber of Secrets" and thinking it was so good I had to try "Sorcerer's Stone" again. So I did (which is also weird because I am a hardcore book junkie and live by the rule: always read the book first). This time, I enjoyed it. That was the moment I became a fan.

As Harry grew up, so did I. I followed his story book after book, movie after movie. By the time I read "Goblet of Fire," I realized the depth of Harry Potter and the genius of J.K. Rowling. I mean, each book can stand alone, but there are story lines flowing through the series connected by strings you don’t even realize until the end. There are character plot lines so interwoven that any slight tug of the string would send the whole series crumbling. J.K. Rowling is a literary genius. (If you want further proof: it’s been five and a half years since "Deathly Hallows, Part 2" came to theaters and there is an entire theme park devoted to the series, a spin-off five part movie series, an entire merchandise franchise, and news related to "Harry Potter" or J.K. Rowling still trend on Facebook and Twitter. I’ve said it before: Five years later and we’re still freaking.)

More than that, however, I began to love everything the series stood for. From book one, Harry was a fighter. He was the one willing to risk getting killed, or, in the wise words of Miss Granger, “worse: expelled.” Harry not only knew the difference between right and wrong, but more than that, he stood up for what he believed in. The very day Harry arrived at Hogwarts, he stood up to Draco Malfoy and continued to throughout the books.

The mystery that filled the series was gripping. Just who exactly is Tom Riddle and how did he become Voldemort? What exactly happened the night Voldemort tried to kill Harry as a baby? These were questions that raced through the minds of the fandom. We were hanging on the edge after each book release, waiting desperately for the next one, for more answers.

After finally getting through "Order of the Phoenix" (I say finally not because it was boring and hard to get through, but because I was only nine at the time and 800 some pages is a lot to get through), I had transferred from fan to fangirl. The book was the epitome of everything I valued in life. Harry’s desperate fear of losing Sirius, the person he loved most in life, the rebellion against an administration that was suppressing the students' rights, the rising up of those students (despite the fact that people constantly told them they’re too young) to join the battle against evil, the courage to fight for the people around him, and most of all, a desire to see a change in the world and the willingness to be that change.

From that moment on, I saw every film ("Prisoner of Azkaban" was the next one to release) at the midnight premiere. I waited in line outside the theater for fourteen hours to see "Deathly Hallows, Part 2." My record for times seeing a movie in the theater still belongs to Order of the Phoenix at a total of eleven. I was at the sixth and seventh book midnight release parties. I skipped my senior prom to see Starkid (the creators of "A Very Potter Musical"). I joined Mugglenet (a Harry Potter website). I fell in love with Harry Potter based music (check out Ministry of Magic on Spotify). I dreamed of going to Harry Potter conventions (still do, actually). When Pottermore launched, I freaked. And yes, when I turned twelve and realized I never got my Hogwarts letter, I cried (although I’m still convinced it was lost in the mail).

The thing is, "Harry Potter" was no longer just a story to me. I related to Harry’s story. Being adopted as an infant, I never knew my biological parents. I felt like an outsider in my hometown, and found solace in Hogwarts. The characters became my friends. My heart shattered into a million pieces when Dumbledore died. I hated Snape as much as Harry did. My heart soared when Fred and George exited Hogwarts in Fireworks. I cheered each time Gryffindor won a quidditch match or the house cup. I cried as the battle between Death Eaters and the Order took another life. To this day, I still have the first few pages of "Sorcerers Stone" memorized and can pretty much quote every movie word for word.

As an aspiring author, I can only dream of some day being half the writer J.K. Rowling is and impact the world in a small fraction of the way she did. She taught kids that reading is fun. She taught kids about courage and friendship and love, and those are things I deeply admire her for.

While J.K. Rowling had created a beautiful and yet sinister world that was altogether mesmerizing and I constantly lost myself in the books, movies, and video games, it wasn’t the wands that made me believe in magic. Harry Potter led me to people and moments and memories far beyond the books and screens. Some of my closest friends growing up were results of the series. And although I never met them in real life, the fans I met online made me feel I wasn’t alone in the world. Harry Potter gave me hope.

So yes, when you mention Harry Potter, you should be prepared for me to fangirl. It’s what I do best, after all.

Nicole Marie Nigro
Individual Creator
8320
c1.staticflickr.com
Where to start...... Let me start with the cliche that life throws us curveballs and what we do with it is what counts.