A Letter To Whomever It May Concern: Society's Problems
Odyssey

A Letter To Whomever It May Concern: Society's Problems

Society's problems could be the downfall of us all. 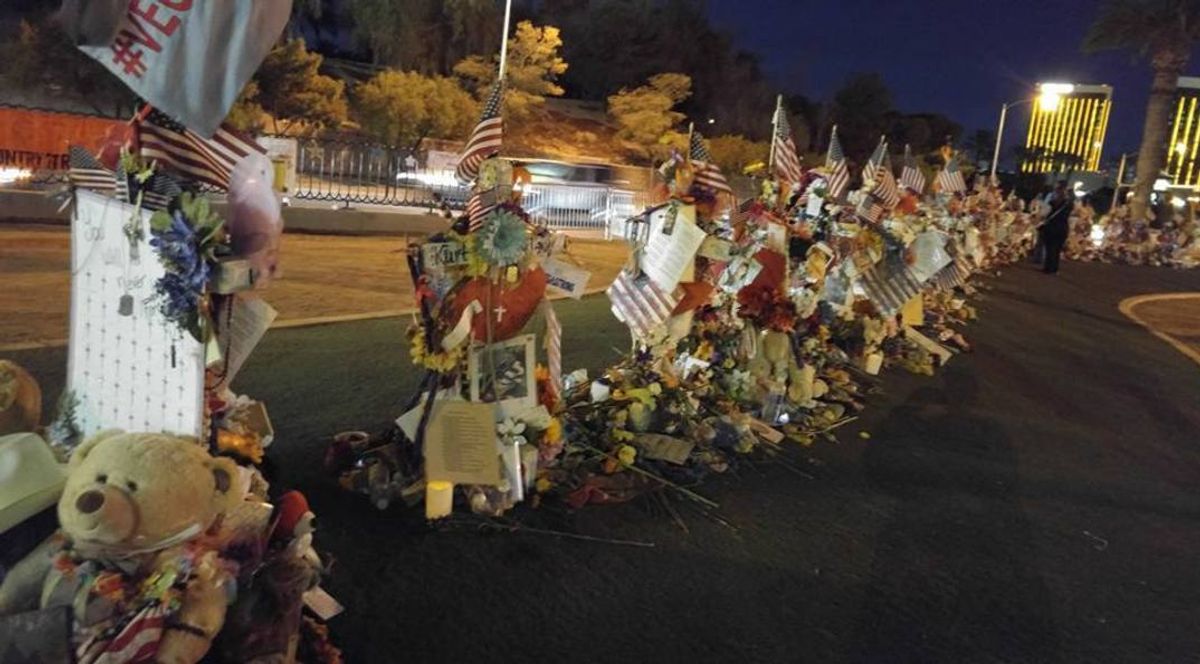 I was in Las Vegas a few weeks ago, and the view from our hotel room looked right over the stage where the Las Vegas shooting had just happened a few weeks prior. Cop cars sat at every entrance and crime scene tape caked the area for miles. Crosses and memorials lined the middle of the Vegas strip by the famous “Welcome to Fabulous Las Vegas Nevada” sign.

It was a sight that I was honored to be able to witness. It opened my eyes to what the real world has to offer, and it isn’t much. Our own people are turning against each other in malicious and vile ways. There needs to be change, and maybe I’m still unsure of what kind of change that may be, but it must be among the entire population as a whole.

The United States seems to be so worried about terrorists from other countries, but not the terrorism happening on our own streets. So, this is a letter to whomever it may concern.

To Whomever It May Concern,

At one point I assumed the world was peaceful. But before I knew it, there was nothing but evil. Hold your breath and count to ten. There’s more dead than there has ever been. Swallow your pride and pick up a pen; write your anger in words and think again. You use drugs to shrug it all off and wash away the pain just to act tough. There are guns on the street killing the innocent. However, you’re conflicted with your conscience, but that seems dissonant.

Mothers are crying for their sons and daughters. We’re all partly to blame for the constant slaughters. The issue rests within our country and on our streets. The corrupted are killing the blacks and disturbing the peace. They’re ruining the system; we can’t trust the police. You can’t rely on any press release because they’re skewing the facts to try and make you believe that the world isn’t always as it seems.

Now, this letter isn’t to ridicule or to deceive, but I want to open your eyes to make you see.

Women are afraid to walk the street, always worried about being raped or beat. We’re constantly fighting a war that’ll never be won while shouting at the law for something to be done.

A woman in a dress is called a whore, but I can't just sit back and watch this anymore.

You’re falling asleep on the way to the store. High and drunk has never felt this good before. Next thing you know there’s blood all over; you’re fighting to breathe while thinking you should’ve stayed sober. You hit a person because you fell asleep while trying to chase the reality in your dreams. The world isn’t always as it seems.

Violence isn’t the answer to fame, but the media gives the “artist” a name. A face of a man that you’ve seen every day; he was nice and sweet and he made good pay. 47 guns later, now no one can say that the lives of the innocent can be repaid.

We’re living now just to always be afraid, while constantly worrying if we should stay. We’re covering up heartbreaks and all the pain. We’re putting a mask over reality, but it’s all the same.

Own up to the mistakes you’ve made. Wage war with yourself and the prices you’ve paid.

Kick the habit and change your ways; show the world what it means to be human these days.

I constantly struggle with what it means to be right, but debating opinions always leads to a fight.

You’re trying to pay all the bills but money’s too tight. You’re coping with it all by being drunk all night. A father should raise his kids to be better; not set an example through a prison letter.

Your beat wife jumps from shelter to shelter while hoping for a day the world could be better.

Teens that can’t think for themselves are cutting their wrists and crying out for help.
They’re constantly being bullied left and right, then found hanging themselves in their rooms at night.

Being openly gay in a conservative town is a death wish to anyone who stays around.
Kids are swallowing pills to drown out the sound while waiting for the moment they’ll finally be found.

They’re battling what it means to stay alive in a world where living isn’t defined. Their biggest enemy is in their mind. They're fighting their demons for more time.

You slaughter the name of what it means to be real. Conflicted with ourselves, trying hard to heal. We’re throwing kids on the street with hopes they can defend themselves. But they’re struggling for worth in a world where they only feel compelled.

Child predators are scoping their crosshairs; looking to pick apart certain pairs to strangle, rape, and put in chains. They make the world go more insane. We’re all fighting for life just to live through it again, but I can’t help but feel trapped in all of this sin.

There’s a disease that eats us from within. It’s making the weak sicker than they’ve ever been.

They’re fighting this war one battle at a time, but they’re searching for a cure just to make a dime.

The research, chemo, and all the meds just extends the waiting for inevitable death. Patients are begging to take their last breath. We all need to try to understand at a deeper depth that life isn’t as simple as living.

It’s about experiencing existing. It’s about taking chances and making time while hoping the results come back benign.

I could rattle on problems that rhyme, but what’s the point when we’re all “fine?”
I’m torn between faith and being denied, but I’ll pray on my knees one last time. I’ll pray for a better world and fewer goodbyes, for finding hope in a lover's eyes, and for finding strength to cut off ties. I’ll be searching for the truth in covered lies and I'll find my rights because they’re forever mine. I want a better world with a little less crime.